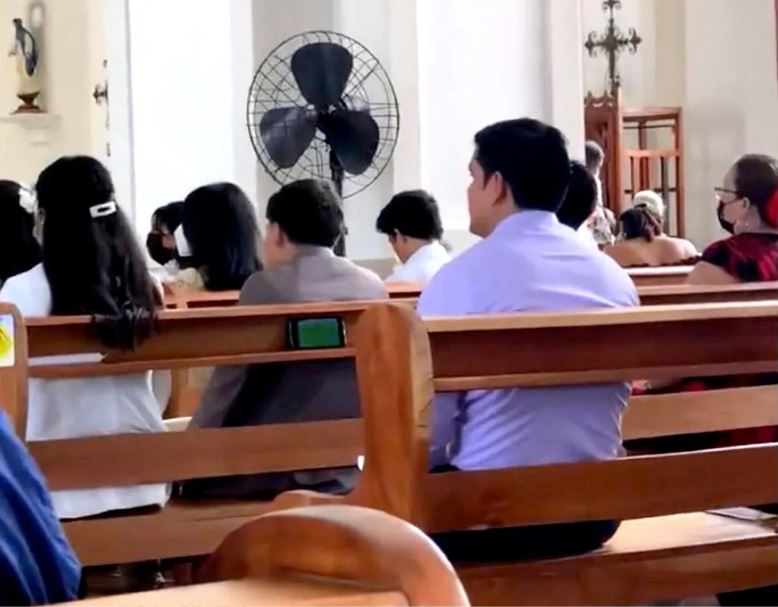 They were supposed to go to the church to listen to the sermon, but the cameras caught parishioners watching the World Cup inside it.

With the arrival of the World Cup, people’s social agendas have been modified, an example is the moment in which some parishioners were discovered watching the World Cup during a mass.

And it is that with the arrival of the Qatar 2022 World Cup, fans resort to very ingenious measures to be aware of the 64 games.

In fact, some cancel family or friends activities as long as they can see each of the meetings and those who can’t manage it.

In the midst of the development of the World Cup, hundreds of videos have gone viral, showing everything that fans are capable of doing to enjoy their favorite sport.

One of them has been quite curious since during the celebration of a mass, of which the place is unknown, a man apparently managed to watch a World Cup game while pretending to listen to the Eucharist, which caused it to become a trend in social networks.

As expected, users shared the video until it went viral since for many it is quite funny, especially since the man manages to hide his action and comfortably install his cell phone to watch the game.