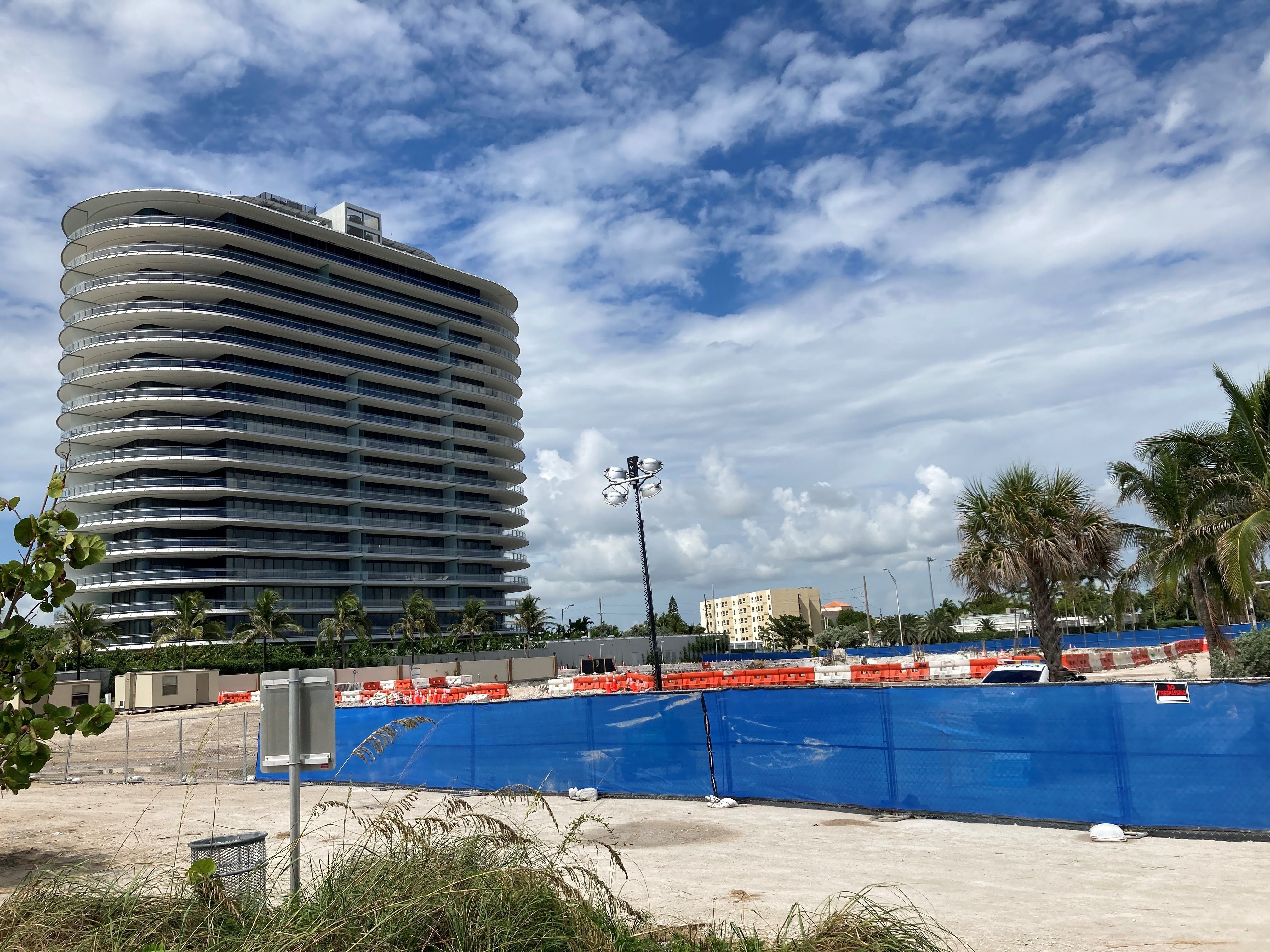 Nearly five months after the collapse of the South Champlain Tower in Surfside, Miami Dade County, still no one has a certain answer about what caused the tragedy. It is known that the design of the tower was poor, that its construction was not well done and that over the years the materials had corroded. But no one could yet prove that all these factors combined led to the collapse in which nearly a hundred people died.

According to attorneys in a class action lawsuit of the survivors and family members of the victims, the factor that would have contributed to the collapse of the building was the construction of a luxury tower that was inaugurated in 2019 meters from where the Champlain tower was located.

According to the 169-page lawsuit, the tower’s builders Eighty Seven Park ignored signs that the construction of their 70-unit building of absolute luxury, designed by Renzo Piano, they were putting the 12-story building next door at risk.

“CTS (that’s what they legally call the Champlain South tower) it was an old building that needed routine maintenance and repairs. But it wasn’t until excavation and construction began on the luxury tower next door that CTS was damaged to the point of becoming an unsafe structure.”, State the lawyers in the lawsuit.

In the past it had transpired that between 2016 and 2019, years in which it was built Eighty Seven Park,Champlain’s neighbors constantly complained of vibrations that they felt in their building, apparently, by the movements in the foundations.

In March 2016, Maria Popa, one of the 98 people who died on June 24 with the collapse of the Champlain tower, had sent an email to the construction company of Eighty Seven Park in which it stated that “our apartments tremble every day, and in the balcony appeared a crack. It is not fair that our building is damaged and the lives of our residents are put at risk”.

According to the demand, the construction of Eighty Seven Park led to water accumulates in the subsoil of the Champlain tower, further eroding the foundations of the building. Furthermore, they allege that by pumping water from underground for the construction of the foundations of their building, they caused the water plate to move and the earth to change position also damaging the bases of Champlain. Finally, the complaint presents evidence that builders presented alternative options to reduce vibrations in the neighboring building, but were dismissed by developers as too expensive.

But there are always two parts to situations like these. Some believe the lawsuit is due to the Eighty Seven Park construction company being able to pay a good compensation to victims and their families, which they can hardly get elsewhere. From the construction company they claim to have nothing to do with the tragedy of their neighbors.

“We are confident that none of the activities conducted at Eighty Seven Park had any effect on the Champlain South tower. The collapse of the tower is a terrible tragedy, but the facts speak for themselves. The Champlain South Tower has a long history of poor design, construction methods that did not meet industry standards, and inadequate maintenance.“A spokeswoman for Moriarty, the Eighty Seven Park construction company, said in a statement.