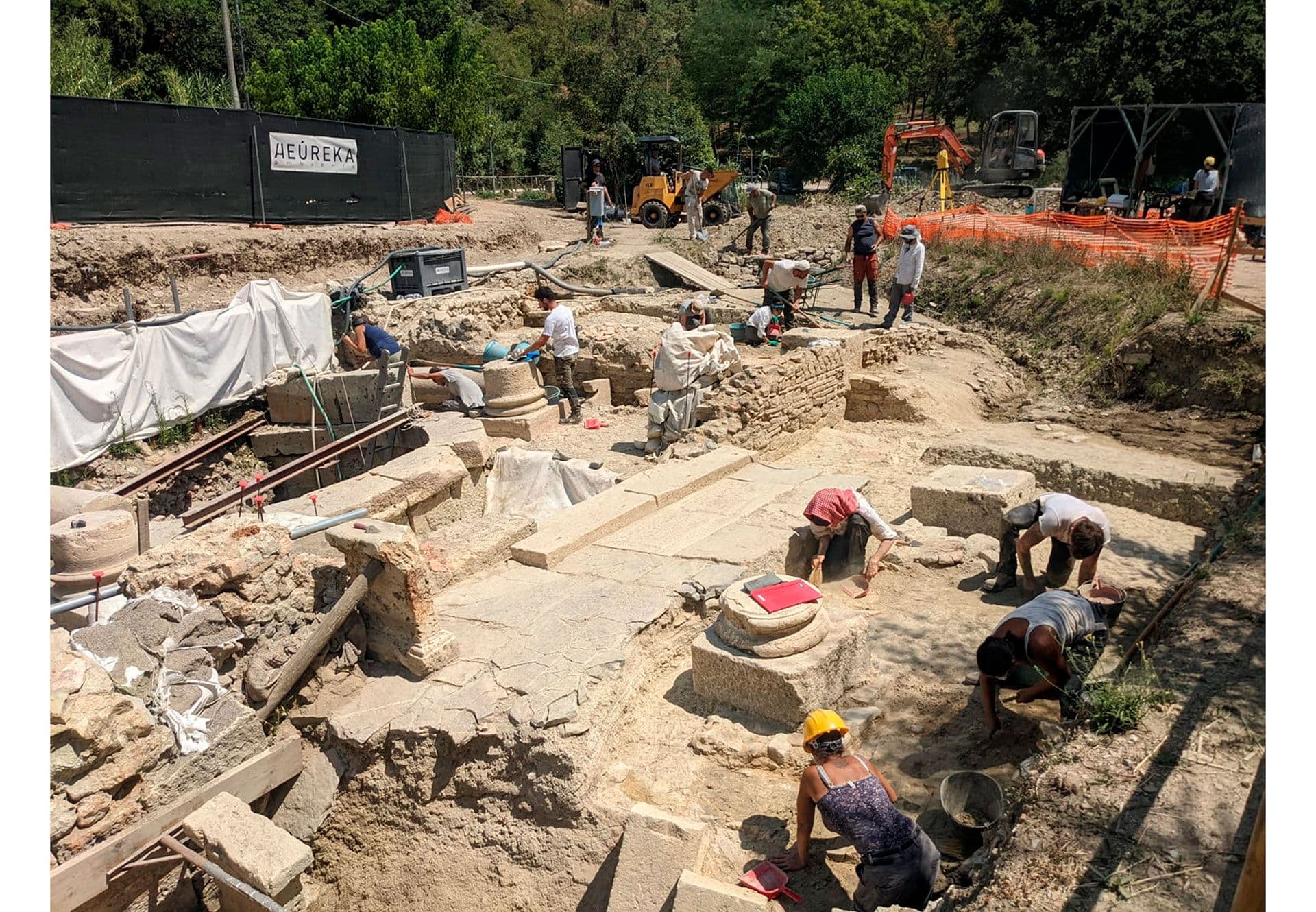 Italian authorities on Tuesday announced the extraordinary discovery of more than 2,000-year-old bronze statues in an ancient Tuscan hot spring, saying the find will “rewrite history” about the transition from Etruscan civilization to the Roman Empire.

The discoveryin the archaeological excavation of San Casciano dei Bagni, near Siena, is one of the most significant in the Mediterranean and certainly the most important since the 1972 underwater discovery of Riace’s famous bronze warriors, said Massimo Osanna, director of affairs at the Ministry of Culture.

Among the statues recovered from the hot mud are the effigies of Hygieia and Apolloas well as a bronze reminiscent of the famous Arringatorea statue found years ago in the Perugia area and representing the figure of the orator Aulus Metellusan Etruscan senator during the Roman Republic.

The researchers point out that the exceptional state of conservation of the statues inside the hot springs has also made it possible to preserve Etruscan and Latin inscriptions that were engraved before their creation.

The inscriptions contain the names of powerful Etruscan families from the territory of Inner Etruria, from the Velimna of Perugia to the Marcni, known in Siena. In addition to the Etruscan phrases, Latin inscriptions have also been discovered, which also mention the “aqua calidae”the hot springs of Bagno Grande, where the statues were placed.

Thanks to the mud that protected them, the figurines were found in perfect state of conservation. Along with the figures were 5,000 gold, silver and bronze coinsthe ministry said.

As proof of the importance of the find, the ministry announced the construction of a new museum in the area to house the antiquities.

Jacopo Tabolli, who coordinated the excavation for the University for Foreigners in Siena, said the discovery was significant because sheds new light on the end of the Etruscan civilization and the expansion of the Roman Empire between the 2nd and 1st centuries BC

The period was marked by wars and conflicts in what are now the regions of Tuscany, Umbria and Lazio, and yet the bronze statues show evidence that the Etruscan and Roman families prayed together to the deities in the sacred sanctuary of the thermal waters. The statues bear Etruscan and Latin inscriptions.

“While social and civil wars were being waged outside the sanctuary… inside the sanctuary, the great Etruscan elite and Roman families prayed together in a context of peace surrounded by conflict,” Tabolli said. “This possibility of rewriting the relationship and the dialectic between Etruscans and Romans is an exceptional opportunity.”

The sanctuary, with its pools, sloping terraces, fountains, altars, existed from at least the 3rd century BC. C. and remained active until the 5th century AD. C. when, in Christian times, it was closed but not destroyed.

The pools were sealed with heavy stone columns, so having removed that cover, the archaeologists found themselves facing a treasure that was still intact.

Some of the two dozen bronzes are whole figures of humans or gods, while others are individual body parts and organs that would have been offered to the gods for intervention for medical cures through hot springs, the ministry said in a statement. release.

(with information from AP and EFE)

Nueva Esperanza, the largest archaeological find in Cundinamarca that remains under the scrutiny of experts