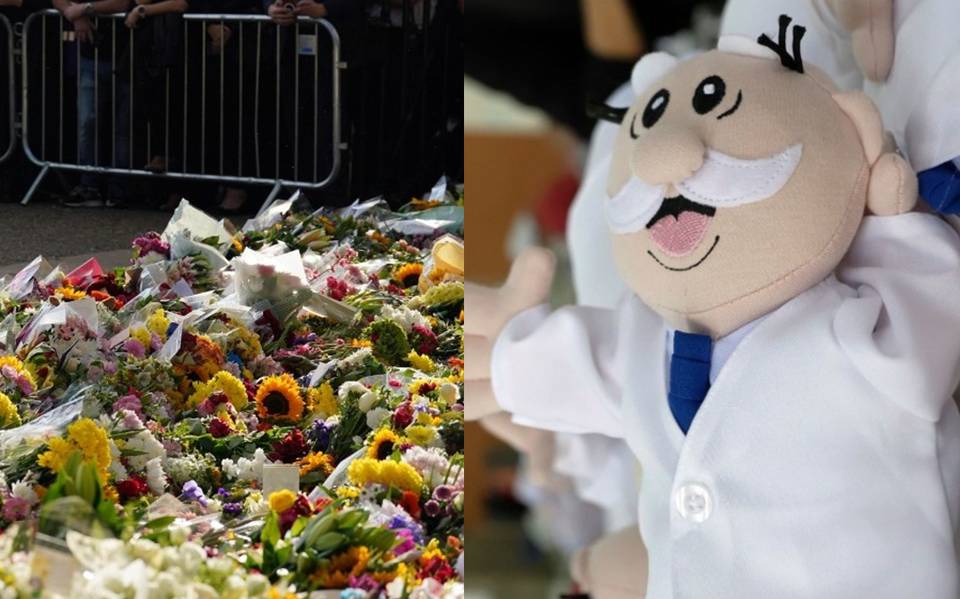 A video was broadcast on social networks in which you can see a stuffed animal of Dr. Simi together with bouquets and cards that have been deposited for Queen Elizabeth II

This September 9 was a historic day, as we witnessed an event that crossed all the borders of the world, as the longest-serving monarch in the history of the British crown, Queen Elizabeth II, died at the age of 96.

Since then, social networks and international media have covered the protocols that were activated in order to honor her majesty to bid her farewell to the earthly world, which for many years saw her act with love and seek the unity of nations.

Due to the above, hundreds of images have been spread on social networks, in which we can see bouquets of flowers and cards that the public has taken with great affection, but among them what has stood out the most is a plush doll.

Through Tiktok, a user identified as @ takim3shi, made a video viral in which several bouquets of flowers can be seen, but nevertheless a stuffed animal of Dr. Simi appears among them.

In the clip, you can read the caption: “When are you going to leave flowers for the queen” and immediately an approach to the doll is made, the images have caused a stir on social networks, to the extent that in a few hours, the tiktok has already managed to accumulate more than 60 thousand visits, comments and reactions.

As expected, Internet users have turned to emotional messages, highlighting the internationality of Dr. Simi’s stuffed animals, since they emphasize that now this stuffed animal is already found at the most important events, since if it is released to artists and politicians, Now he managed to enter Buckingham Castle, among the comments, you can read: “From Mexico to the world”, “Long live Mexico”, “Dr. Simi in the best events”, and “He needed a crown”.