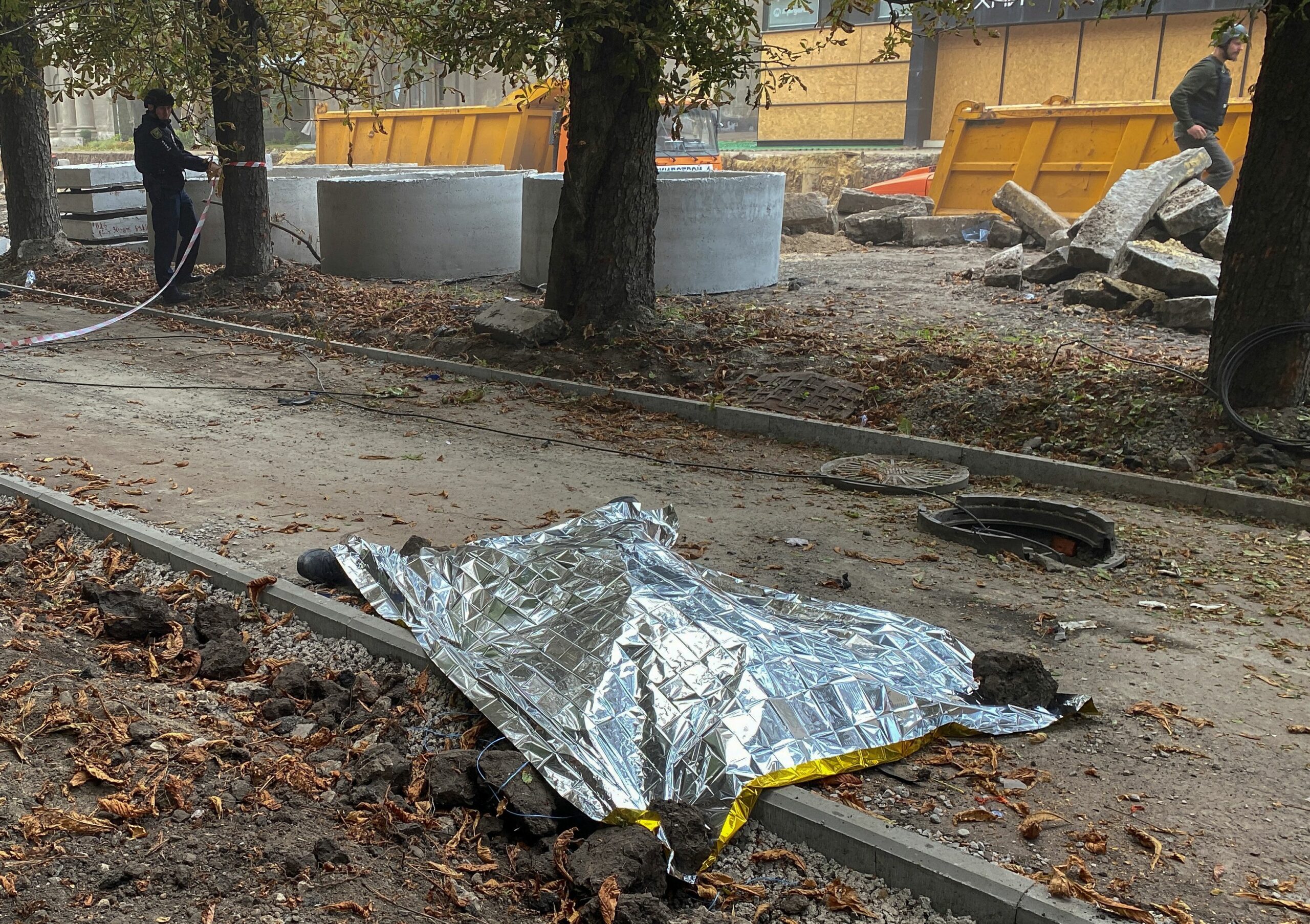 Four bodies of civilians were found with “traces of torture” in the town of Zaliznychne, recently reconquered from the Russians by Ukraine, the prosecutor’s office said on Monday.

“Three of them were buried near private houses, the other was buried on the asphalt company’s land in front of the railway station.” The bodies were found on Sunday “and had traces of torture,” he said on Facebook.

“According to the preliminary version of the investigation, the victims were killed by the Russian military during the occupation of the village”, added the prosecution.

The entity indicates that it was the inhabitants who notified “the security forces and pointed out that Russian soldiers had killed their fellow citizens.”

The NGO Amnesty International called on the Ukrainian authorities to “prioritize the collection of evidence” of alleged war crimes in the territories recently retaken from Russian forces.

“Collecting this evidence is very resource-intensive, which is why we call on the international community to provide resources that support Ukraine’s efforts,” the organization said in a statement.

In recent days, Ukraine has announced important progress in the Kharkiv region, which borders Russia.

Russian forces have been accused of atrocities, including on the outskirts of kyiv, such as in Bucha, from where they withdrew at the end of March. Moscow denies any crime and assures that they are forgeries.

After the humiliating withdrawal of Russian troops and the reconquest of territory by the Ukrainian army, a Russian representative in the Kharkiv region of Ukraine admitted the defeat of the invading troops Y said that the Ukrainian forces were eight times more numerous than the Russians during last week’s lightning Ukrainian counteroffensive in the region.

“Speaking of the manpower that has been amassed there for the counteroffensive of the Ukrainian army, outnumbered our forces approximately eight times, no less. Therefore, I think the (Russian) command decided to withdraw and regroup in order to preserve our personnel,” he said. Vitaly Ganchev in statements to the state television network Rossiya 24.

The official also admitted that Ukrainian forces forced their way to the Russian border, and that “about 5,000” civilians had been evacuated to Russia.

“The situation is getting more difficult by the hour,” Ganchev said. “They have captured settlements in the north of the Kharkiv region and moved very close to the border.”

Ganchev added that the border with Russia’s Belgorod region was now closed. Russian agencies said Russian officials had moved there, officially to help with the influx of refugees.

The Armed Forces of Ukraine invaded the Russian supply centers of izim Y Kpyansk during the weekend, the Russia’s worst military defeat since its forces were forced to withdraw from kyivshortly after Russian President Vladimir Putin ordered the entry of troops into Ukraine.

Ukraine claims to have recovered around 3,000 km2 of its territorymainly in the region of Kharkiv from the beginning of September. And this Monday he claimed the reconquest of 500 km2 in two weeks of counteroffensive in the Kherson region (south).

The breakthrough revives kyiv’s hopes of a turning point in the conflictafter a long period in which the front seemed stagnant.