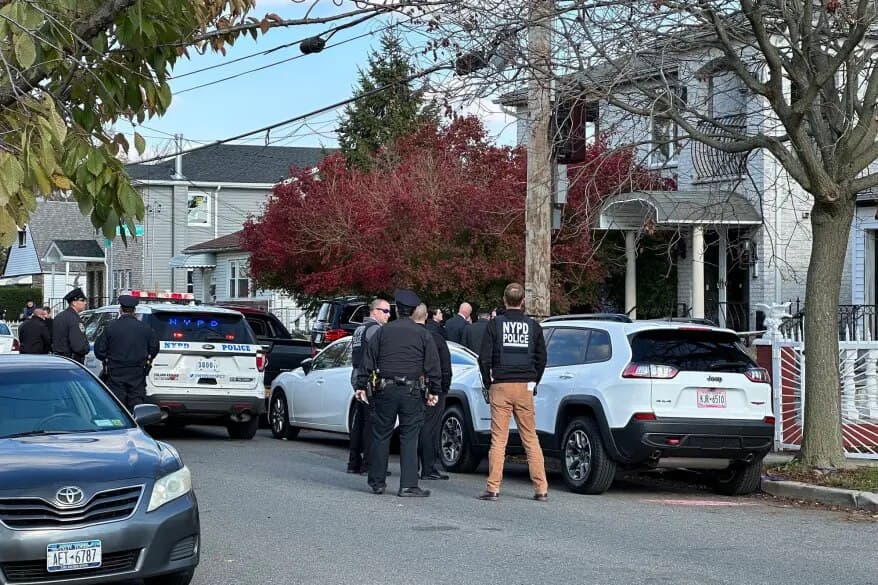 The Police of New York found this friday three corpses in an apartment in the borough of Queens. They are three women, who had marks of stab wounds in the neck.

The victims, according to the authorities, were 68, 47 and 26 years old and were mother, daughter and stepdaughter. the last era disabledwas bedridden and had arrived at the house from Jamaica a few months ago.

The bodies were found in the Springfield Garden residence building on 182nd Street at 10:40 a.m. son of the youngest and one nurse who took care of the woman.

Two hours earlier, around 8 in the morning, the man arrived at the apartment after concluding his working day but, having forgotten his key, he had to ring the bell but received no response. As a result, he decided to wait in his car until the health assistant arrived, who had a copy of the key. Finally, after 10:30 in the morning they were able to enter the house and found the worst scenario.

Quickly, realizing what had happened, the man called the neighbor william sanders, 68 years old, who had a close relationship with the victims. “He called me and told me ‘Will, run, come, I found mom dead,” the neighbor recalled to the New York Post who did not hesitate and in a matter of seconds was on the scene.

“There was no one better”Sanders lamented after learning of the death of the younger woman. “I can’t believe it. I won’t believe it until they come out of the apartment with the body, ”he continued.

For her part, a cousin of the victim spoke to the same medium and assured that “I am trying to understand if I am in a dream or something. Is incredible. I know it’s real. I don’t see the bodies but I know it’s real.”

Another of the victims worked in a family home taking care of a sick man. The man’s daughter was surprised that her employee did not show up on time, so she called her and, after getting no response, she decided to go to the address. When she arrived, she burst into tears. “We were so close. I thought she had just gone to sleep and she had fallen asleep,” she said. “My son is in school but when he finds out he’s going to go crazy,” she continued.

The policemen arrived en masse at the place, near the JFK airport, and after evaluating the crime scene, they affirmed that it is a Isolated incident” and of type “domestic” since no other cases of the style have been recorded in the area. That is why, beyond the fact that they have not yet been arrested, it is not considered that there is an imminent risk against the residents of the area.

Investigators suspect a relative that he would have been at home during the early morning and that he left there at around five in the morning. However, there is no record of domestic violence in the circle.

Mayor Eric Adams He was present for a few minutes at the crime scene, where he announced that “his heart goes out to the family” of the victims.

(With information from EFE, The New York Times and NBC)

Murder of Marcelo Pecci: they link four new suspects in the crime