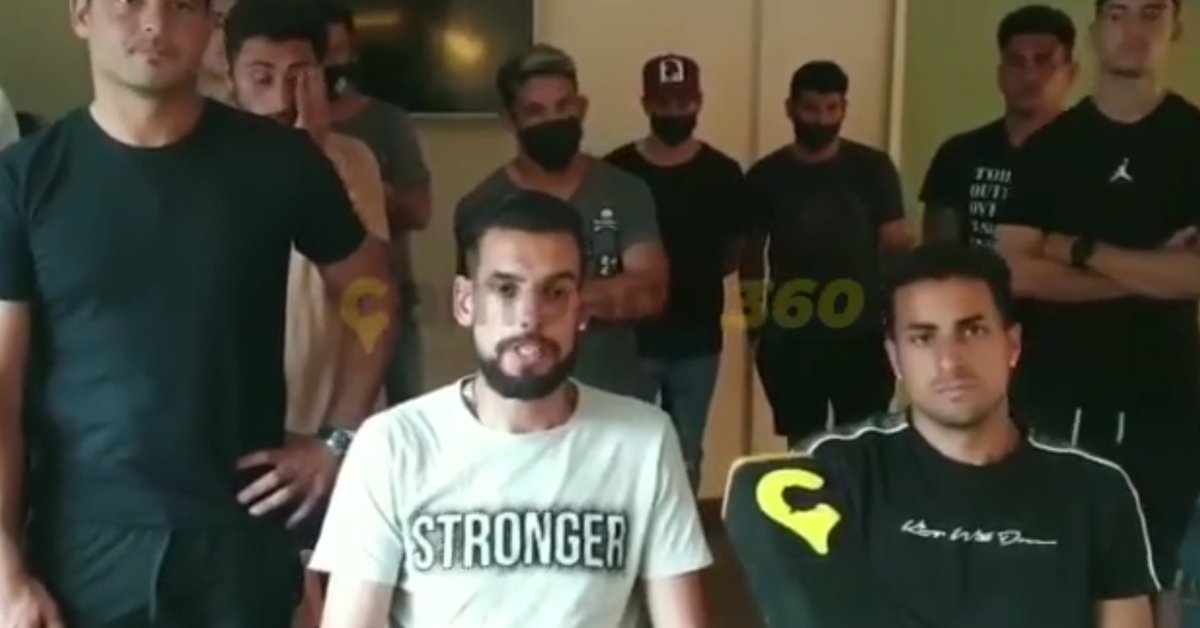 The federal justice of Campana began to investigate whether the players of the Villa Dálmine soccer club received gifts to allow Barracas Central to win, the club of the president of the AFA, Claudio Chiqui Wall, which allowed him to access the final against Tigre for promotion to the first division, which he finally lost.

Judicial sources informed Infobae that the federal prosecutor Sebastian Bringas formally opened a criminal case against the complaint of a lawyer and asked the judge Adrián González Charvay a series of test measures. Among them that the technical director of Villa Dálmine testify as witnesses, Marcelo franchini, and former soccer player José “Pepe” Basualdo, who publicly spoke about the events.

“I found out that there was a vote between players to determine who was going forward and who was going back. Unusual. Everything that came to me was very serious. The situation is very serious. Something was being sniffed in the environment, if it is really everything as it is said and how it came out, the truth is that it is very unfortunate that my team is involved in this situation. I think the vote won one point to go forward. It was in vain because theoretically they gave the game away, “said Basualdo, a former Dálmine player, in radio statements.

Barracas Central won last week as a visitor 3 to 1 to Dálmine -which in the last eight games had not lost- and thus was first in Zone B of the First National B and agreed to play the final for promotion to the first division against Tigre, who lost it 1 to 0. After the game, several media published that the players of the “violet” (as Dálmine is known) would have received gifts to allow themselves to be lost in favor of Barracas, the club that presides Matías Tapia, son of the head of the AFA, and that before the game there was a vote on the campus to decide what to do.

With those publications, the lawyer Javier Ferreira filed a complaint to investigate the players of Dálmine for the alleged receipt of a gift in violation of the national sports law and officials of the Ministry of Tourism and Sports of the Nation, which heads Matias Lammens, for possible breach of the duties of a public official for not ensuring compliance with the law when the facts are revealed. Prosecutor Bringas opened an investigation.

The complainant maintained that in different media it was reported that in training on Thursday of last week there was a talk between the Dalmine squad in which players reproached four teammates who “went backwards” against Barracas Central for which the coach Franchini ended practice. No names were given but reference was made to a forward and a defender.

“Today was the last day of training, there was a malaise within the group and that is why I ended the 2021 cycle. There is a lot of talk and talk about those situations. It was a very difficult week. The truth is, it hurts a lot. Especially when from my side and the coaching staff there is a lot of seriousness and professionalism ″, the technician told Infobae last week, in one of the notes cited in the judicial file.

The prosecutor also included Basualdo’s statements in his opinion. With this, that opened a case to determine if the Dálmine players were bribed to lose. Bringas asked for a series of test averages to advance the cause: that Franchini and Basualdo testify as witnesses so that they can tell everything they know about the event and about their public statements. Also that the AFA send to justice the report that the referee made the match Paul dovalo, the minutes on how he was appointed for that match on November 9 and the list of Dálmine players who were registered to play the tournament this year.

The Dálmine players came out publicly to defend themselves. “Today we are here to go out to deny all the sayings that have come out this week. We as a team have come out to win this match as we did throughout the tournament, “said the club’s goalkeeper, Emanuel Bilbao, in a video that the entire campus recorded in which they indicated that there were players who received death threats. And the club released a statement in which it pointed out that the published versions “have been insulting and fallacious and in no way correspond to the history and trajectory of Villa Dálmine, a club made with the dedication and effort of all its associates,” said the same in one of its paragraphs ”.