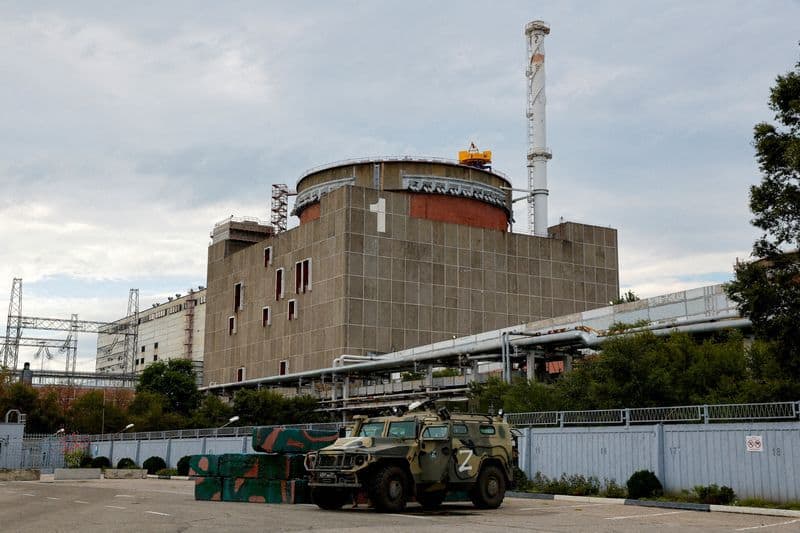 The inspection State of Nuclear Regulation (IERN) of Ukraine has ordered an urgent inspection of the Zaporizhzhia nuclear power plant, the largest in Europedue to the low level of water in the reservoir that cools it, the local agency Interfax reported on Monday.

The inspection was ordered by the state body to the Ukrainian National Nuclear Generation Company (Energoatom), so that “urgently analyze the safety of the operating system of the power units of the nuclear power plant”.

According to the local agency, a “absence of external replenishment of the cooling pond (of the plant) due to a fall in the level of the Kajovka reservoir below the usual marks”, where the water it receives comes from, said an IERN source.

The inspection is essential to “make decisions on the operation of the Zaporizhzhia nuclear power plant”, located in the region of the same name, in southern Ukraine, and whose facilities are currently operated by Russia after its troops have occupied it.

Energoatom must make a analysis and deliver information on the situation before November 9.

The IERN order comes amid accusations by the Ukrainians and Russians about a possible attack on the Kajovka damin the neighboring region of Jersón, as a strategy to stop the enemy.

In fact, the Ukrainian president, Volodimir Zelensky, has accused to the Russian troops of having mined the dam to destroy it in an area where great advances of the Ukrainian troops are being registered.

The pro-Russians who currently govern the annexed regions of Zaporizhzhia and Kherson accuse the Ukrainians of also attacking the gigantic dam.

The Zaporizhzhia plant, the third largest in the world, has become one of the main security problems in the war in Ukraine, as it has received several attacks that both sides accuse each other of.

The International Atomic Energy Agency (IAEA), the UN nuclear agency, confirmed that the nuclear plant was once again connected to the electricity grid after the blackout that occurred this week.

The Ukrainian nuclear company Energoatom denounced on Thursday that the activity of the plant, under the control of the Russian forces, was suspended due to a power outage after an attack with artillery by Russian troops, who denounced the dismantling of a “terrorist attack” on the plant, in a new crossroads of mutual accusations.

External power was restored on Saturday night, two days after it lost all access to electricity “in the latest incident that highlights the precarious nuclear security situation at Europe‘s largest facility,” lamented the director general of the IAEA, Rafael Mariano Grossi.

Power was restored around 10 p.m. local time on Saturday with the repair of the 750-kilowatt line to all six power units. The eight emergency diesel generators that were in operation were shut down and put into standby mode.

“Repeated power outages demonstrate all too clearly the extremely serious nuclear safety and security situation that this important nuclear power plant is facing”, denounced the head of the IAEA.

“I have repeatedly called for the urgent establishment of a nuclear safety and security protection zone around the nuclear power plant to prevent a nuclear accident. We cannot afford to waste any more time. We must act before it is too late”, she concluded.