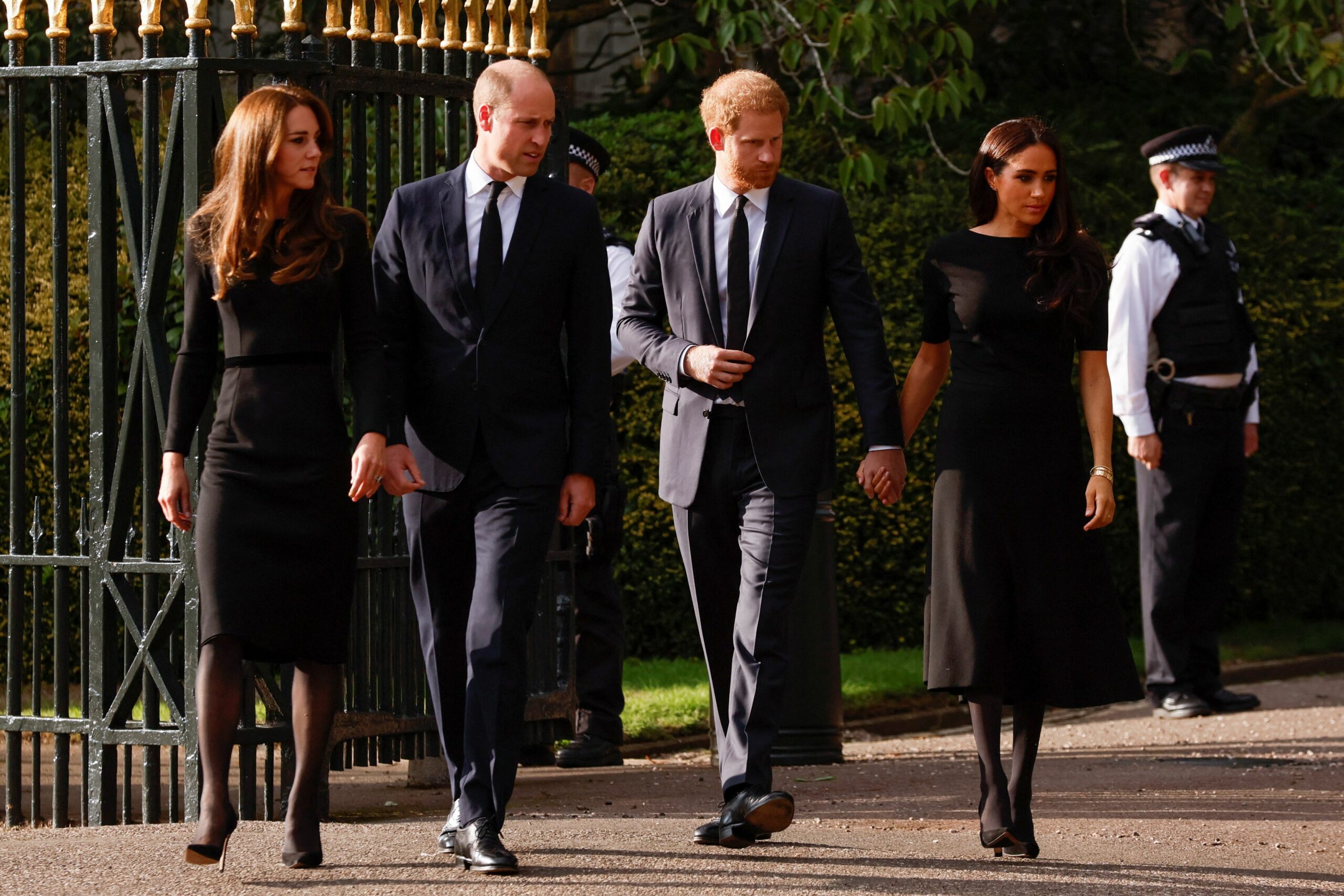 The princes william and harry appeared this Saturday with their wives kate and meghan at Windsor Castle, where they contemplated together the floral offerings to queen elizabeth iiwho died on Thursday.

The two couples, who have been considered estranged for years, walked to the applause of the crowd, with whom they stopped for a long time to talk, according to television images.

“William, William!” shouted the citizens stationed behind the fences, while they gave bouquets of flowers to the brand new Prince and Princess of Wales, dressed in rigorous black.

The estrangement between the children of the new King Carlos III and the late Diana began when Harry and Meghan decided to withdraw from the monarchy in 2020 to settle in the United States.

But the breakup was consummated in March 2021, when the Duke and Duchess of Sussex confided, in an explosive interview on American television, that Kate made Meghan cry and accused the royal family of racism.

Since then, Harry kept strained relations with his brother William and with his father, who on Friday nonetheless expressed his “love” for him and his wife Meghan in his first televised speech as king.

Queen Elizabeth II’s funeral will be held on September 19 at Westminster Abbey.