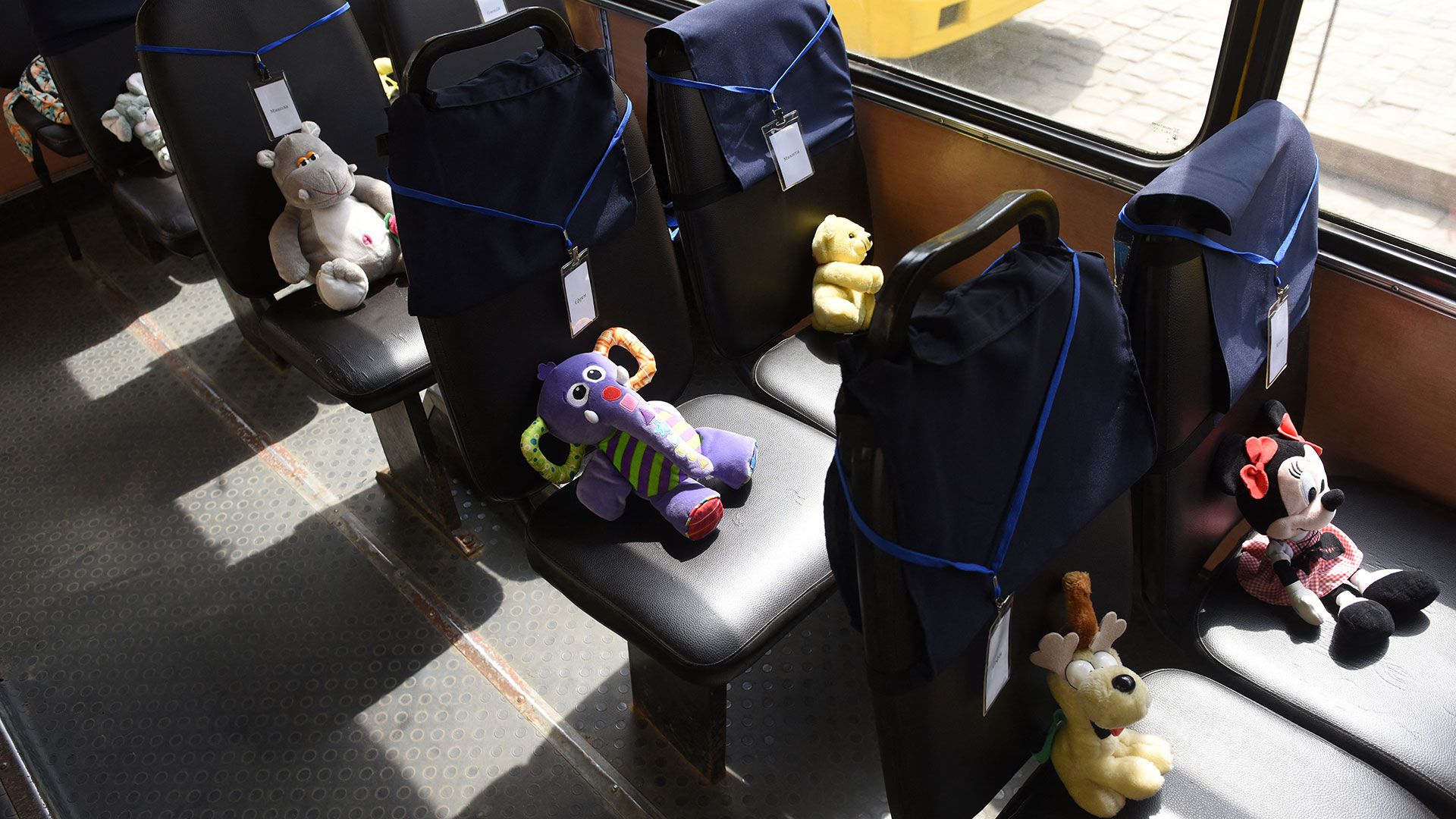 Olga Lopatkina walked around the basement of her house like a caged animal. His six adopted children had been stranded in Mariupol and he had not heard from them for a week. He did not know what to do.

His family was caught up in one of the most explosive issues of the Russo-Ukrainian war: the efforts of the Russians to appropriate Ukrainian orphans and raise them as Russians.

An investigation of the Associated Press revealed that thousands of children have been taken from the basements of bombed-out cities like Mariupol and from orphanages in the separatist territory of Donbas. These are the children of people who died in Russian bombing, from institutions or who were with temporary foster families.

Russia says that these children do not have parents or legal guardians, or that they cannot be located. APhowever, found that the authorities took Ukrainian children to Russia or Russian-controlled territories without their consent, lied to them, telling them that their parents did not love them, and handed them over to Russian families, while giving them Russian citizenship.

This is the largest investigation ever into the appropriation of Ukrainian orphans and the first to cover all steps from appropriation to child rearing in Russia. It is based on dozens of interviews with parents, children and officials in Ukraine and Russia; in emails and letters, in Russian documents and in Russian press reports.

Raising “war children” in another country or culture may be indicative of genocide, an effort to eliminate people’s identity. Several prosecutors say that it is a policy that comes directly from the Russian president Vladimir Putin.

“It’s not something that happens in the heat of combat,” he said. stephen rappformer US Ambassador Plenipotentiary for War Crimes, who advises Ukrainian prosecutors.

Russian laws prohibit the adoption of foreign children. But in May Putin signed a decree allowing accelerated citizenship for Ukrainian children who have no one to care for them.

Russia prepared a register of families that could receive Ukrainian children, offering them financial support. It presents adoptions as an act of generosity. State television broadcasts ceremonies in which Russian passports are given to Ukrainian children.

It is unclear how many children have been appropriated. Ukrainian authorities say nearly 8,000 minors have been taken to Russia. The Russians do not give figures.

In March, the Russian ombudsman Maria Lvova-Belova said that a thousand minors from Ukraine were in Russia. Many more have since arrived, including some 230 in early October.

Lvova-Belova herself took care of a teenager and was sanctioned by the United States Department of the Treasury, the European Union, Canada and Australia. When contacted, her office merely reproduced what she told a Russian state news agency, that she was “helping children keep their right to live under a peaceful sky and to be happy.”

AP visited a seaside camp in the Russian city of Taganrog, where hundreds of Ukrainian orphans were housed.

A professional foster mother from the Moscow region stated that she had been called by social services to take care of one of the Ukrainian children. She already had six Russian boys and she received another three from Mariupol, now occupied by the Russians. All three children have already received Russian citizenship.

The boys said that after their foster mother dropped them off at a Mariupol shelter, they were taken away by the Russian military. They had to choose between living with a Russian family or in a Russian orphanage.

A 15-year-old girl ended up in a house with a garden and an inflatable pool. She says she is eager to start a new life in Russia, in part because her school in the Ukraine was bombed and one of her classmates was killed. Almost everyone left Mariupol, she said.

Russia was also accused of kidnapping children in 2014, when it annexed the Crimean peninsula. By then, Ukraine reported to the European Court of Human Rights that more than 80 children from Luhansk had been kidnapped at a checkpoint and taken to Russia. Separately, Russian families adopted at least 30 children from Crimea.

This time, at least 96 minors have been returned to Ukraine since March, following negotiations, some of them at the highest levels of government.

In Mariupol, the Lopatkina boys spent several days in a basement in a center where they were on vacation.

His adopted son Timofey, 17, cared for his younger siblings, three of whom have chronic illnesses or disabilities.

They lost contact with their mother when there was a blackout. A Mariupol doctor managed to evacuate them, but pro-Russian forces stopped them at a checkpoint. They went to a hospital in the Donetsk People’s Republic (RPD), controlled by pro-Russian separatists.

When Timofey texted his mother, she was already out of the country. He was furious.

It took Olga Lopatkina several calls to explain to Timofey what had happened.

For this music and arts teacher, who lost her teenage mother and her home in 2014, the nightmare with her children was the worst thing that has ever happened to her. When war broke out, it soon became too dangerous to travel from her home in Vuhledar to Mariupol, 100 kilometers away. Her biological daughter, Rada, 18, was stranded at an uncle’s house near Kharkiv.

When the shelling started, Lopatkina decided to go to the border, picking up her daughter on the way. They managed to reach France.

She spoke to Russian and Ukrainian officials, as well as activists. The Donetsk authorities finally told her that she could get her children back if she went to Russia to look for them. She feared it was a trap and refused to go.

In the DPR, authorities told Timofey that a court would take Lopatkina and her husband out of custody and that her younger siblings would be placed with families in Russia.

However, the DPR authorities agreed to hand over the boys to a volunteer with power of attorney from Lopatkina.

After a three-day bus trip through Russia, the boys finally reunited with their father in Berlin and left for France.

Timofey was relieved. “All the responsibility was no longer on me,” he said. “I told her, ‘Mommy, take charge. Now I am a child again.”