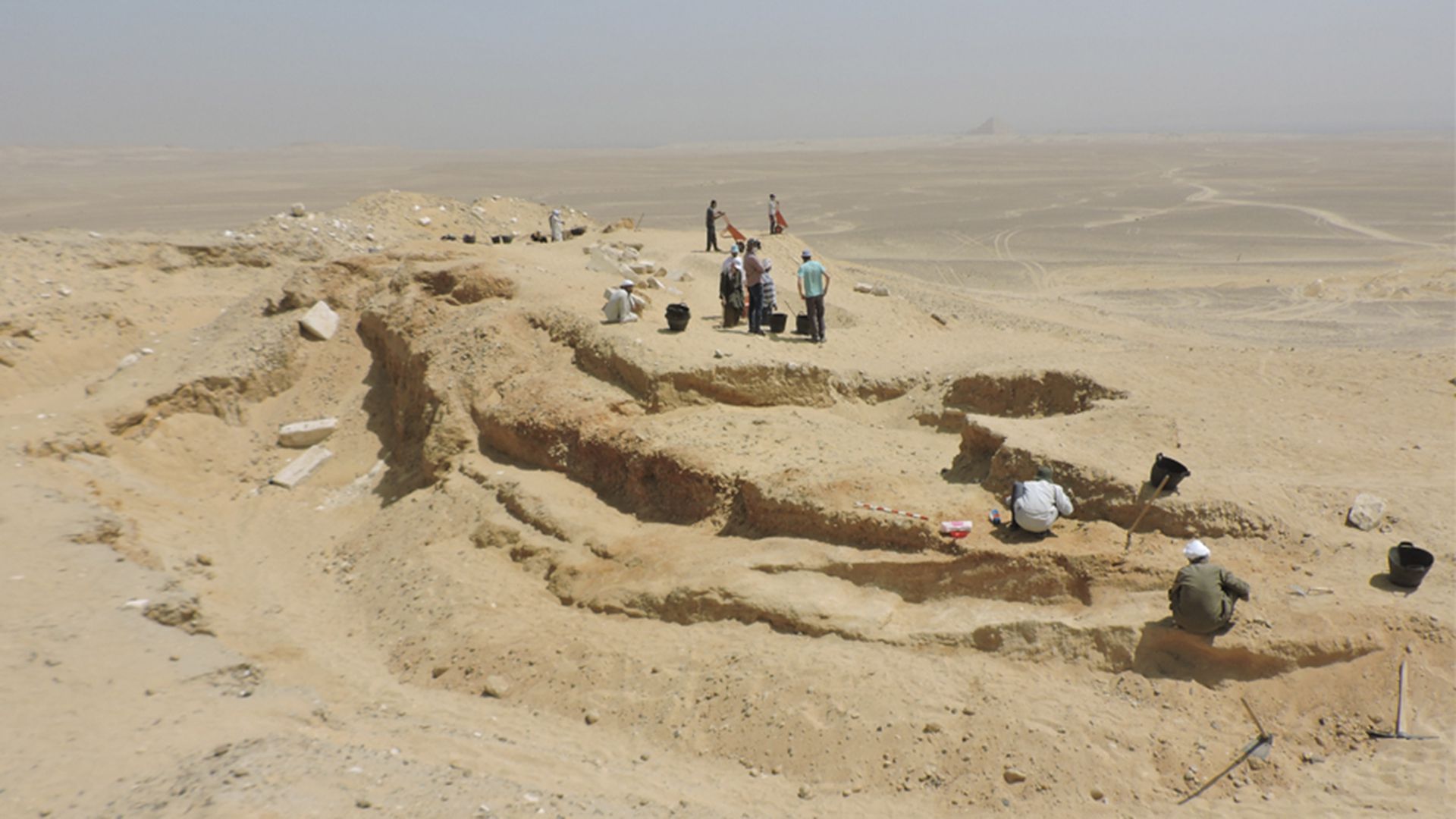 A group of researchers from the Autonomous University of Barcelona (UAB) revealed this Thursday the results of the work carried out in Saqqara, Egypt, with news about what the tomb of the Memphite high priest Imephor looked like more than 4,000 years ago.

Professor of Egyptology at the Department of Ancient and Middle Ages Sciences and researcher at the Institute for Near Eastern Studies (IEPOA), Josep Cervelló, was in charge of explaining the results obtained in Egypt at the UAB auditorium in Spain.

Cervelló, head of the team of researchers from the UAB and the Egyptian Antiquities Service, They carried out a first systematic excavation of the Kom el-Khamasin site last spring, in an archaeological rescue action to prevent looting.

Kom el-Khamasin was the burial place of significant figures from the Old Kingdom and the first intermediate period of Egyptian history (2400-2050 BC).

The best known of them is Imephor Impy Nikauptah, high priest of the god Ptah, the main divinity of Memphis, capital of the country at that time.

The work reveals how it would have been more than 4,000 years the tomb of the Memphite high priest Imephor.

The archaeological intervention has allowed the recovery of 435 limestone blocks, 50 of which with important fragments of inscriptions and reliefs, which would have been part of two funerary buildings, probably two mastabas, about 10 meters wide and 3 meters high, one of them would be the burial place of Imephor.

The researchers also called the mastaba discovery of Imephor from a complete and intact foundation deposit, with 60 small ceramic jars, 2 alabaster saucers and 5 stone molas, which would have been placed in the foundations of the building to confer divine protection.

The UAB research team’s rescue intervention in Saqqara has had the support of many people who have participated through a campaign of micro-donations within the framework of the UAB research project sponsorship program.

The Kom el-Khamaseen project, Hispano-Egyptian Mission in Saqqara Southwest is organized by the IEPOA-UAB and the Supreme Council of Antiquities of Egypt. The research is also supported by the Spanish ministries of Culture and Sports and of Science, Innovation and Universities, as well as the Catalan Institute of Classical Archeology, the Palarq Foundation and the Image Tours company.

With a pharaonic parade, Egypt presented the new Avenue of the Sphinxes as “an open-air museum”

Endless crisis on La Palma: a new river of lava destroys everything in its path