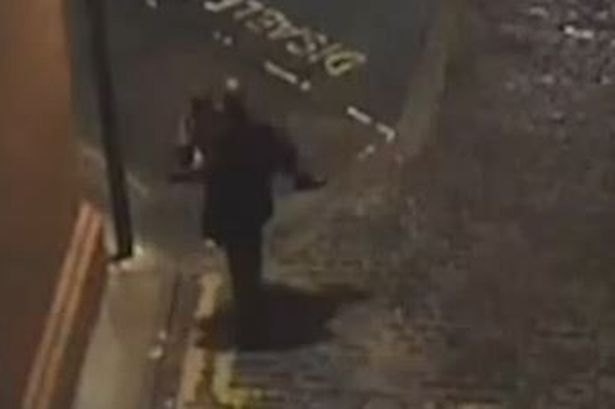 A rapist has been sentenced to life in prison after assaulting a 24-year-old girl on a UK street. and laugh after the act by telling his victim that he was HIV positive.

The man was captured by Leeds city center security cameras minutes before raping his victim and while carrying her in his arms.

Austin Osayande, 40, was sentenced Wednesday and told he would serve a minimum of 16 years in prison for the penalty to be reviewed.

The court heard how the man attacked his victim while waiting for a taxi to go home in 2015. After raping her, he laughed and told her that he was HIV positive.

The video was initially released by West Yorkshire Police as they searched for the predator.

But Osayande managed to evade police detection for years, until he carried out a second attack in September last year while working as a Hermes delivery man.

After delivering a package, he asked to be let in for coffee. When his victim obeyed, he assaulted her in her own home.

Last month he pleaded guilty to both counts.one of rape and another of sexual assaultafter appearing at Leeds Crown Court via video link from prison.

Today, seven years after the attack, Osayande was sentenced to life imprisonment.

“You are a danger to women, whether they know you or are strangers in situations where you can be alone with them and then force yourself on them.” ‘This danger has continued for at least six years. You pose a high risk of causing serious harm to women in the public.” Judge Guy Kearl said.

Osayande’s first offense was raping a 24-year-old woman on Mark Lane in the city on August 14, 2015.

The victim, whose name cannot be identified for legal reasons, He was walking to catch a taxi home after a night on the town when Osayande approached him around 5 in the morning.

He spoke to her and walked past her before picking her up in his arms and carrying her a short distance to the scene of the attack, West Yorkshire Police said.

CCTV footage shows him wearing a long black coat, black pants and a shaved head, loitering in a parking lot before approaching a woman on the street.

Leeds District Crime Chief, Detective Superintendent Pat Twiggs, said at the time: “The images of this man taking the victim away are clearly disturbing.”

“We considered the post very carefully and obtained the consent of the victim, who was understandably traumatized by what this man did to her.”he added.

His other victim, whom he raped in his own home after she let him in for coffee after delivering an order from the Hermes luxury store, said that after the attack the man told him: “I’ll see you on Saturday.”

Osayande faced trial after being accused of rape in 2015 and sexual assault of a woman in the city on September 10 last year.

But he pleaded guilty to one count of rape and one count of penetrative sexual assault at Leeds Crown Court last month.

You will serve two-thirds before you are eligible to appear before the Parole Boardwho will decide if it is safe for you to be released.

Osayande will be registered as a sex offender for the rest of his life and has also been the subject of an indefinite sexual harm prevention order.

The fall of Gustavo, the serial rapist of girls who invented a new life in Bariloche

He threatened them with a knife or pretended to know them: the modus operandi of the serial rapist who operated in the CDMX Metro