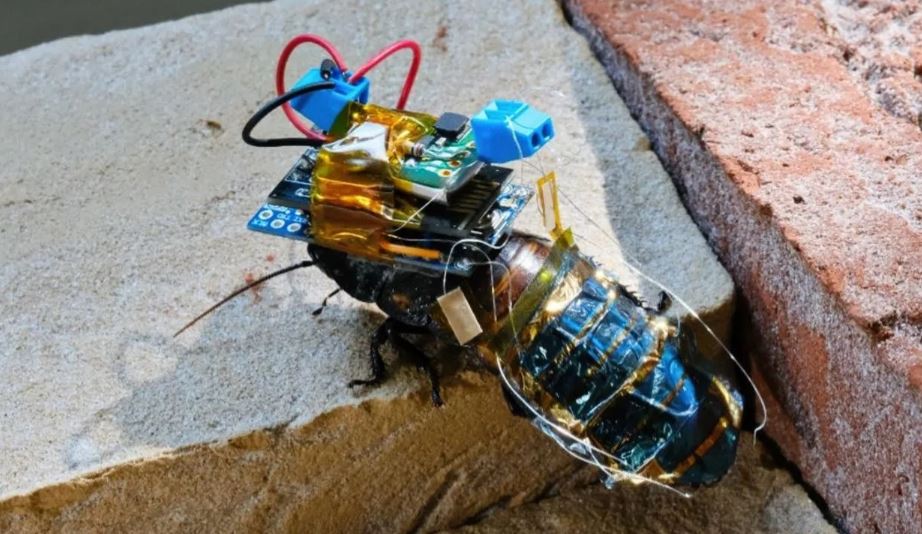 Science has made possible the development of a cyborg cockroach whose movements can be controlled and powered by a solar energy cell.

The advancement of science has allowed a group of researchers from the RIKEN Cluster for Pioneering Research (CPR) to develop a system to create cyborg cockroaches whose movements can be controlled and powered by solar energy.

According to what was disclosed by the team in the publication Flexible Electronics, the system consists of mounting a wireless module with a rechargeable battery on top of the insect. This connects to parts of the chest which it electrically stimulates to produce movement.

The installation on the specimens of cockroaches from Madagascar is carried out through a ‘backpack’ in which the ultra-fine electronic components that allow the control of the insect are integrated. The design of this backpack allows test subjects to make natural movements.

The innovative research has begun to yield results, generating expectations about the use of this advance in science in other insects important to human interests, such as beetles in agriculture, or of interest such as the migrations carried out by some flyers.

On the other hand, the use of the cyborg cockroach has been proposed by the team and its director, Kenjiro Fukuda, assuring that they would be very useful to inspect areas with dangerous conditions for human beings as well as to monitor the state of the environment indefinitely. thanks to its ability to recharge solar from wherever they are.

The way in which the equipment has been placed on the limited surface, six centimeters, of the body of the Madagascar cockroach has also drawn attention. And it is that it is taking into account aspects such as plates of its exoskeleton that overlap or that its abdomen changes shape, they have achieved that the wireless control ‘backpack’ can remain installed for up to a month.