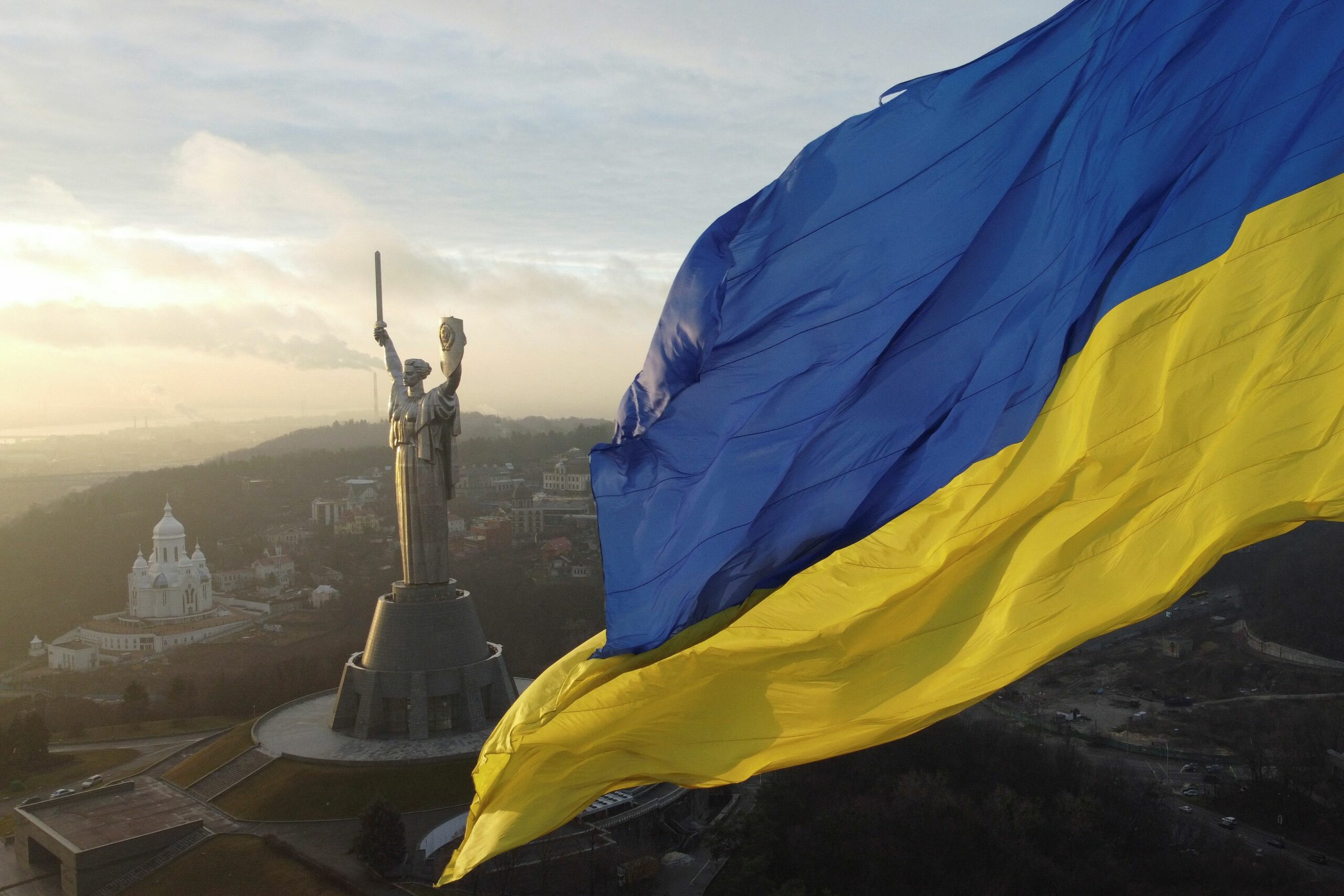 In the midst of the Russian bombing of Ukraine, which has already left a significant toll of civilian deaths and serious damage to military infrastructure, another common victim in wars is poised to be impacted in a potentially devastating way, the country’s cultural heritage.

Systematic attacks on art, culture and places of memory are common in armed confrontations and imperialist invasions, and the current Russian incursion into Ukraine is no exception, on the contrary they have already claimed their first victim, the Ivankiv Museum, located 50 miles north of Kiev, which houses a collection of Ukrainian folk art.

This Tuesday, the Ukrainian Greek-Catholic Church received information that Russian troops would be preparing an air strike against the most important sanctuary in the country: the Saint Sophia Cathedral.

This has been denounced by the global arts organization Getty, which has issued a worldwide warning about the possible “culture catastrophe” that Ukraine faces in the face of advancing Russian bombing.

The organization points out that millions of works of art and monuments are at risk of being destroyed amid Russia‘s military attack, which means an enormous loss for the country’s social fabric and national identity.

According to Fedir Androshchuk, director of the National Museum of the History of Ukraine in Kiev, he and two other colleagues were trying to protect the museum from attack or looting.

“The museum is located in the middle of an area rich in cultural heritage close to three beautiful churches, but also close to some potential targets (Ukrainian security service and border forces),” he wrote in an email to a Swedish academic that was published in a Guardian report.

For its part, the Getty organization said that the monuments at risk represent “Centuries of history from the Byzantine period to the Baroque” and UNESCO World Heritage Sites.

Ukraine’s Foreign Ministry tweeted on Monday that 25 works by popular artist Maria Prymachenko had been lost that were in the museum. “She created world famous masterpieces. Her special gift and her talent captivated Pablo Picasso”, the ministry said.

In recognition of his contribution to the field of folk art, UNESCO, the UN’s cultural and heritage body, declared 2009 the year of Prymachenko.

There are seven world heritage sites in Ukraine, including the Saint Sophia Cathedral in Kiev, which contains unique mosaics and frescoes from the early 16th century, and the Kyiv-Pechersk Lavra, an Orthodox monastery founded in 1051.

The entire Old Quarter of Lviv, dating back to the 13th century, is also a UNESCO World Heritage Site.

“The material cultural heritage of the world is our common heritage, identity and inspiration for all humanity. Cultural heritage has the power to unite us and is fundamental to achieving peace”, Getty said in a statement.

“It is also too often the goal of war, another way to destroy and take over a society by erasing its memory,” the organization added.

Much of the world’s ancient heritage had already suffered “wanton destruction, looting, abandonment, reckless overdevelopment and climate change. To have lost even more in a senseless war is inconceivable.”

Getty joined the international voices that condemn “the cultural atrocities now being committed in Ukraine, along with the unfathomable human and environmental losses.”.

And expressed solidarity with Ukrainian colleagues. “Protecting and preserving our cultural heritage is a fundamental value of civilized societies. What is happening in Ukraine is a tragedy of monumental proportions.” they manifested

In his email, Androshchuk said that four museums, in Vinnytsia, Zhytomyr, Sumy and Chernihiv, had “managed to tear down and protect its main exhibits. In Vinnytsia, the museum building is now partially used for internally displaced people. So far I have no news that any of the aforementioned museums have been the object of looting or attacks.”

But he added: “There is no guarantee that Ukrainian cultural heritage will not be looted and transferred to Russian museums, especially since Kiev has a special place in Putin’s interpretation of Russian history and its roots.”

It should be noted that Kiev, the Ukrainian capital, has a very important place in Russian history, as it was the first capital of the ancient Russian empire between the 10th and 12th centuries, during the so-called Golden Age of Kievan Rus.

“Many finds made in Ukraine during the 19th and early 20th centuries are already in the two best Russian museums. And there is also evidence that objects from archaeological excavations in the Crimea have been sent to the Hermitage in St. Petersburg”, continues Androshchuk in his mail.

The museographer explained that since Soviet times there have been protocols on what to do in museums in the event of an armed conflict, which indicate that objects should be “removed and hidden in a certain order of priority and documentation”; the problem, he points out, is how to do all that with a lack of time and resources.

“Employees cannot be forced to come in and work in such circumstances. Many are fleeing with their families. But I am very proud of my colleagues. Many of them came to the museum and helped dismantle the permanent exhibition. After this effort, two archaeologists and two young historians, my young colleagues, went straight to the front”Explain.

And he concludes heroically: “Right now, I see my mission as this: stay in the museum until the defense works.”