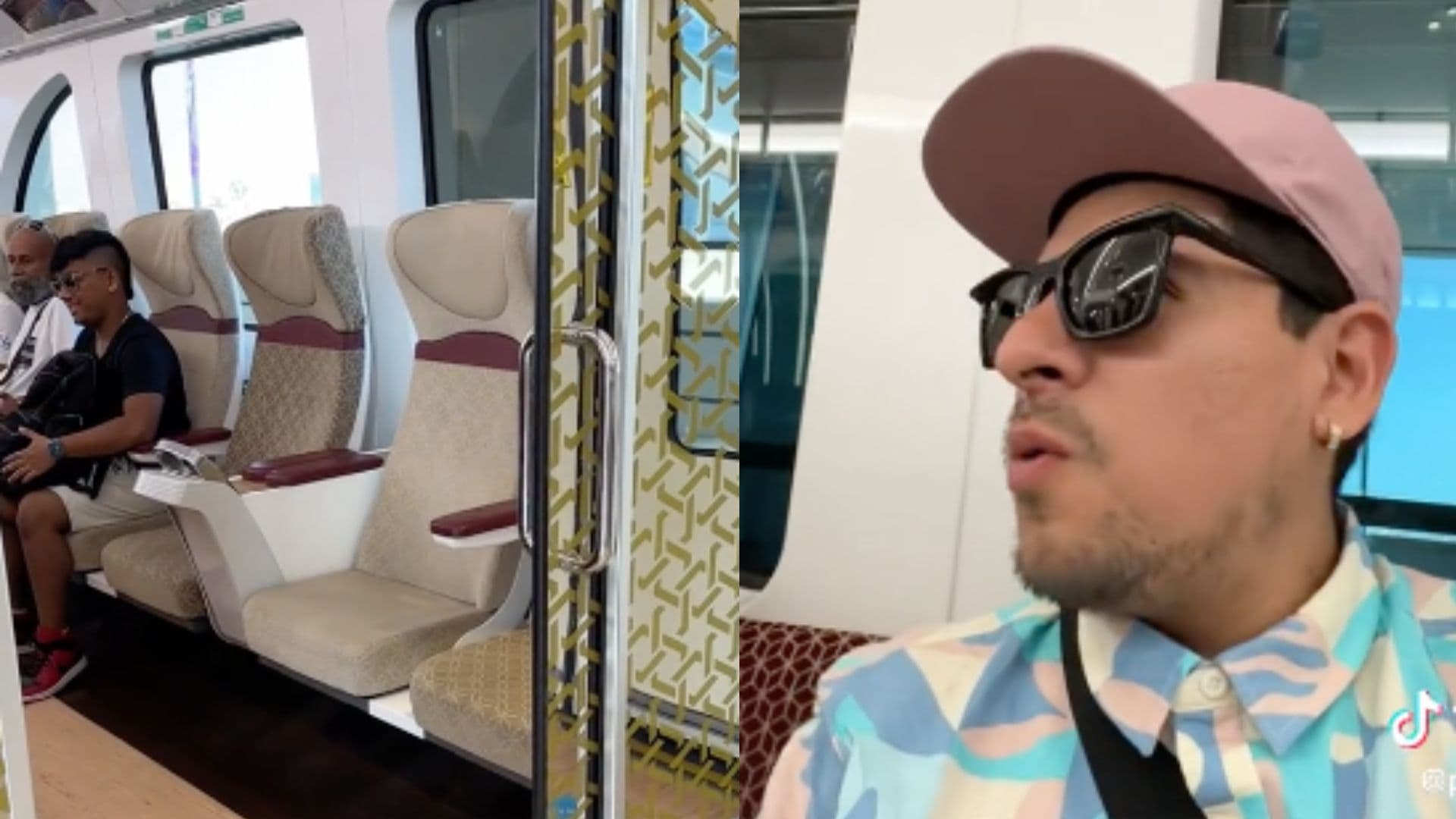 The Mexican fans has already been present in Qatarprior to the start of the 2022 World Cup and several of the football lovers began to visit various sites in the Arab country to get acquainted Such is the case of an Internet user who did not hesitate to go to the meter of said country and went viral for comparing it with the Collective Transport System (STC) of Mexico City.

It was in TikTok where the user Paquito (@paquitodeus) shared a clip of his visit to the Qatar underground and began to compare it with that of Tierra Azteca.

“We have already reached the metro here in Qatar, what a fart, it looks like the Rosario metro (…) it just looks like Pantitlán and because of the greatness of Hidalgo where the virgin appeared, we are going to see how much this is similar to the subway in Mexico, “said the influencer.

After spending his first few minutes inside the facilities, paquito He was puzzled and described being confused by the signs because of the language they were in.

“One of the most important things why I’m not liking this subway is because the signs are not in Spanish. Point for CDMX ”, she stressed.

But the situation did not end there, since he later taught that apparently in Qatar the subway is divided into sections.

“Something that I must say is a point for the Qatar metro is that the escalators do work, something that is also mentioned is that this is the standard area and beyond it is the VIP area that they literally section based on your purchasing power, that is ugly , there they are denigrating meIt’s like Sonora Grill. In CDMX, the only thing that is for girls and boys, “he explained.

Already in the wagon, the compatriot was disappointed because the social dynamics were completely different from what is experienced in Mexico.

Likewise, the young man delved into another contrasting fact derived from the landscapes that he could observe in the subway windows.

“Another important fact is that here you can see pure desert and in CDMX you can at least see the little houses, the half-constructions, you see the whole shell all gray and here there is not even anything, “he added.

To round off and finish with his first experience in the Qatar metro, the tiktok He joked that this transport would be something very similar to one of the most controversial projects during the administration of Andrés Manuel López Obrador.

“I came to the conclusion that this is how the Mayan Train will be (…) I still prefer the CDMX metro, it is the best option worldwide. This doesn’t look like a metro, it looks like Antara square, ”he concluded.

The clip quickly went viral and several netizens were amused by the charisma of package:

“It looks like the San Lázaro metro”. “What part of Metro Tacubaya is that”. “The one in Mexico City even fights for the place 8 points for the Mexico metro”, are some of the mentions.

Sergio Pérez and Charles Leclerc define everything in the Abu Dhabi GP, an appointment without great results for Checo

Marcelo Ebrard condemned the actions of a fan who brought alcohol to Qatar: “It is not the image of Mexico”