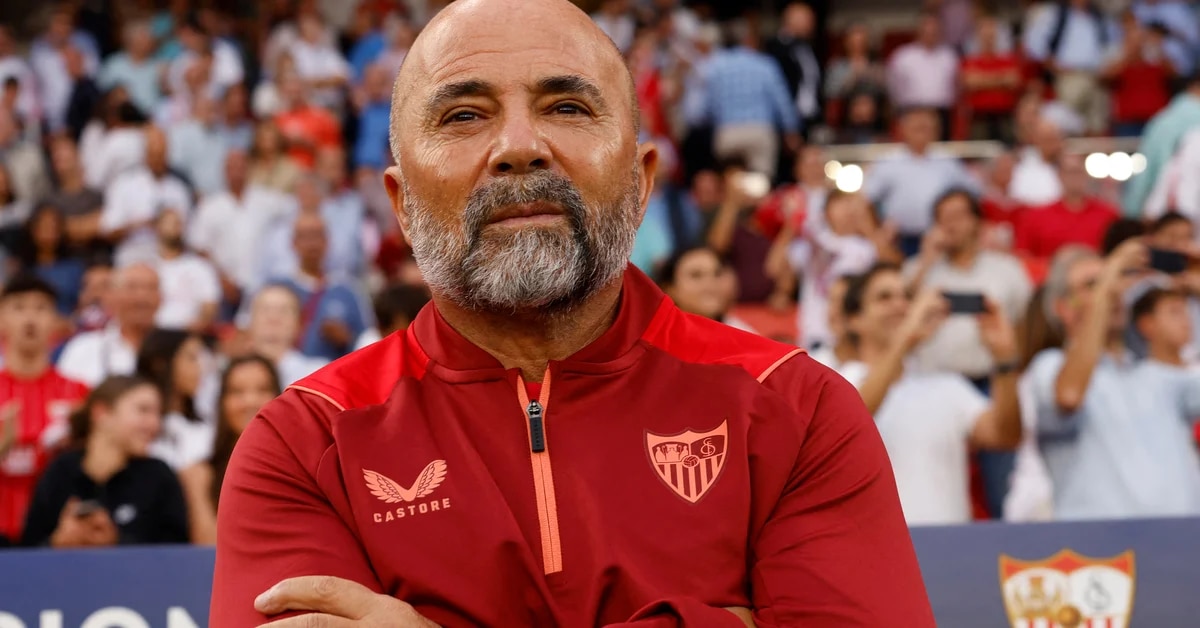 In the prelude to the match that the Seville will contest before the Real society for the Spanish league, jorge sampaoli He sat down in front of the media to give the traditional press conference prior to the matches. After the draw against Betis, the Argentine coach surprised everyone with a personal reflection.

After receiving a question about the repercussions of the Andalusian classic that included the entry into the field of Sevilla’s sports director, Monchi, added to the reactions that his soccer players had after the equality at the end of the game, the former Argentine coach pointed against the moment that humanity lives.

“I don’t know if… I don’t think one thing is linked to the other, what Monchi wanted to express at that moment or what each person expressed as a subject at the end of a match is different. We could have won and in that frustration of not having won a game, honestly, the fact of not winning bothered me, I felt upset, but well, it’s a personal feeling”, said Sampaoli at the beginning of his presentation.

“Some player will have been relieved, another angry, we are different subjects, we think differently, we act differently. What I value is what happens on the field of play. The rest, we are present before an extremely plastic society, we are in the worst moment of humanity at a historical level, we are more and more foolish, stupid. And that generates that each action is valued for anything. I think the system has brought us to a place of historical stupidity. Humanity is very complex,” he added.

Sampaoli’s statements generated surprise in the journalists present. That is why another of those present in the room asked him to elaborate on his first reflection. What did Sampaoli say?

“We are all in that place that I tell you when I talk about society. This is the stupidest society in history. It is reflected in the birth of philosophers, artists, musicians, a very flat society that enjoys or supports itself far from art. It is supported by this type of situation that you comment that they are empty, meaningless, not even that someone of one color or another does a certain thing. I see it every day, information that comes out that doesn’t exist, we never know what information is real, we don’t know anything. Right now it’s hard to be part of this because it makes me a little uncomfortable, even the media have a possibility that they haven’t thought about. They are part of this whole circus that you see all the time.”

On the other hand, one of the topics that appeared during the conference was the situation of the players of his team who, possibly, are part of the World Cup lists in his selected teams. “The club didn’t tell me anything, I’m going to have the best they have. If the club informs me that there is an agreement they will be released. My intention is for the best to play in each match, as always”. analyzed the former coach of Marseille.

He then took the opportunity to give its verdict on the World Cup playing in Qataron an unusual date of the season for this type of event.

“We accept the business and we all go forward. There can be no complaints. As this is a big business and everything else is left aside, the consequences are paid by those below. We have to push to know that we are taking care of the specific situations of some footballers who, logically, throughout the world, are not going to look askance but with both eyes at the World Cup. It is not the fault of the footballers”, he concluded.

Behind the scenes of the Lo Celso case: the footballer’s gesture to not miss the World Cup and the counterpoint between the National Team and the clubs