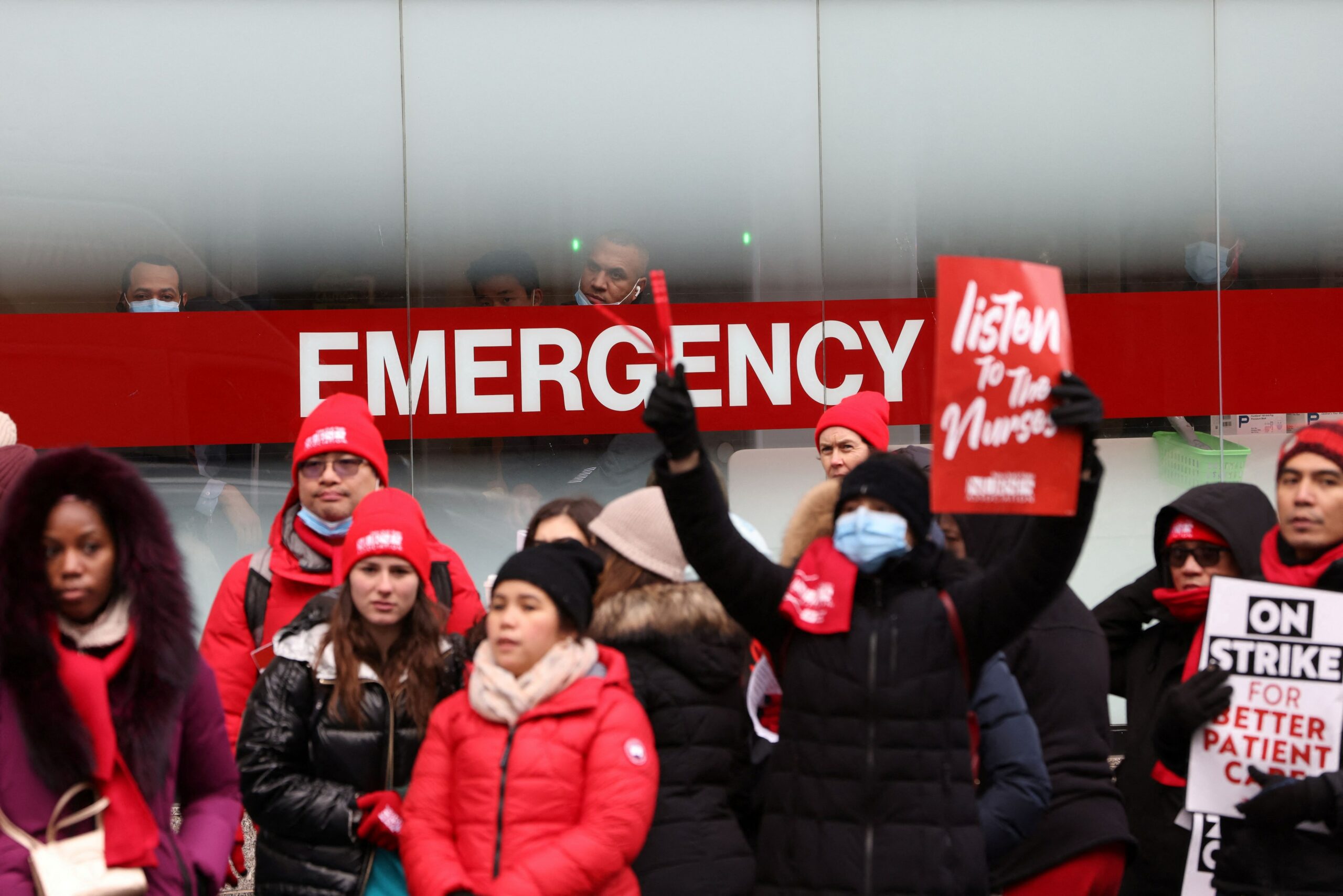 More than seven thousand nurses in the largest city in the United States, New York, started this Monday with a strike after his union was unable to reach an agreement for the new contract calling for more staff to be hired at Montefiore Medical Center and Mount Sinai hospitals.

The New York State Nurses Association has been in negotiations with the two health centers for months for the first contract with the nurses since the beginning of the COVID 19 pandemic. At midnight yesterday it was announced that there is no agreement and the beginning of the protests with the strike. According to a union spokesperson, negotiations are continuing in parallel with the strike.

The first measure taken at the hospitals was to cancel all elective surgery for today and find a new date for them. In addition, ambulance services have been asked to take patients to other hospitals and efforts are being made to safely discharge as many patients as possible.

In the case of Mount Sinai Hospital, In addition, all the babies who were in his neonatal intensive care room are being transferred to other hospitals.

“We are very grateful to all the patients who are supporting us. But we ask that you do not stop seeking medical assistance if you feel you need it. In fact, we invite them to join us in the protest once they have already received the necessary medical assistance,” they said in a statement from the union’s headquarters.

Nurses are protesting in the streets outside Mount Sinai Central Hospital in Manhattan, where they were joined this morning by city attorney general Tish James along with city council member Gale Brewer. At the three Montefiore hospitals in the Bronx, there are also demonstrations in the streets.

“We remain committed to providing a comprehensive health service, but we know that the union’s decision will bring fear and doubt to our community. Today is a very sad day for New York City.”indicated from a statement from the offices of the Montefiore hospital.

“With a nurses’ walkout, hospitals in certain areas will see their services affected, including delays or cancellations of services. We ask all New York residents to call 911 if they have an emergency and to be prepared to go to other hospitals if the service at their hospital of choice is being affected,” the mayor of New York said through the media. the city, Eric Adams.

The city opened an emergency office to monitor the conflict and intervene if necessary. In case there are emergencies that cannot be attended in the affected hospitals, they plan to send patients to other centers immediately.

The contract expired at the end of December 2022. The union announced the strike on December 30giving hospitals eight days to try to find a solution before reaching this instance.

Dean of the College of Nursing warns that more than 7,000 nurses would be left without a contract in 2023