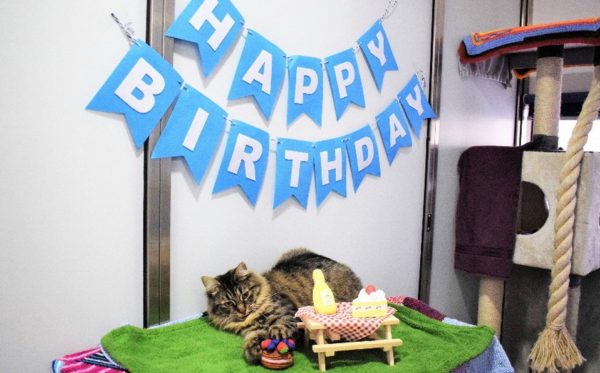 Monique has not been adopted because she has the Feline Immunodeficiency Virus. The party was meant to find him a home

Monique has been living in the Battersea Dogs and Cats Home shelter for 121 days, when the average time a cat spends living there is only 23. Her caregivers have not been able to find her a permanent home since she has problems being adopted since she suffers from the Virus of Feline Immunodeficiency.

Although it is a disease that is easy to deal with, the care it requires often discourages potential adopters. Despite being an incredibly sociable and playful kitten, Monique cannot live with most other kittens, as she could give them the disease.

In addition, among other care that she requires, and that has made people give up adopting her, Monique needs a space to play and explore, however, it must be closed so that no other cat can enter.

For these reasons, two-year-old Monique continues to wait at the shelter for someone who will accept her for who she is. To help her and promote her adoption, her caregivers organized a big party for the cat, who had her birthday in February and invited her entire community to attend and meet the cat.

Although the decorations were ostentatious and the invitations were sent, and the caregivers believed that dozens of people would approach them, interested in adopting her, no one came to the party.