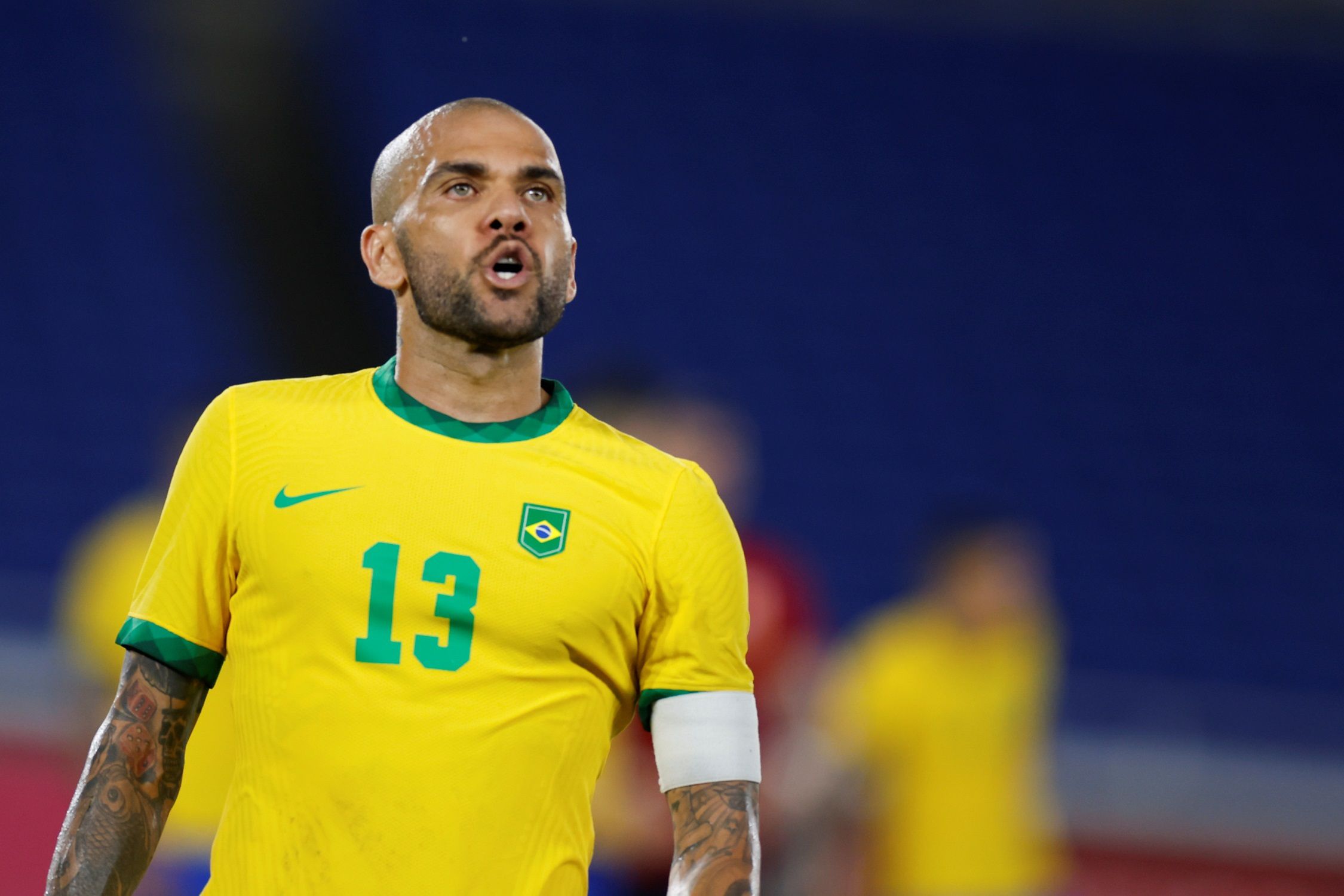 Brazil It was one of the first countries to submit the squad list for the 2022 Qatar World Cup before the November 14 deadline. Through a press conference, Tite named the chosen one by one and was surprised to include Daniel Alves and leave out important soccer players like Robert Firmino.

The call of the experienced right back caused a lot of controversy on social networks, especially after the payroll was published on the official Instagram page of the Brazilian Football Confederation.

Faced with the wave of criticism that the 39-year-old footballer received for joining the delegation, it was the coach himself who He decided to go on stage to defend his player. 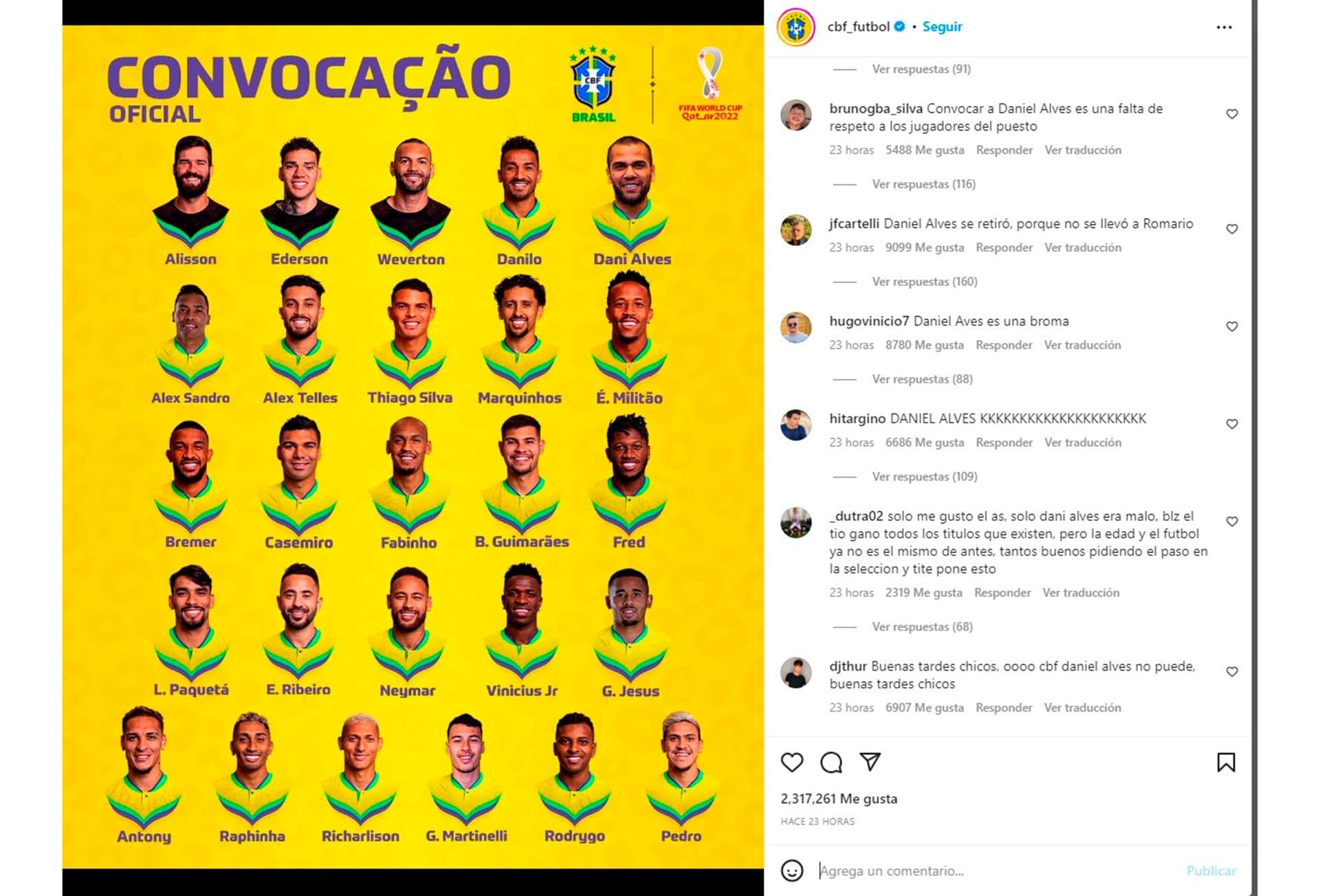 “Summoning Dani Alves is a lack of respect for the players of the same position ”, “Dani Alves is retired” and, “His age and his football are no longer the same as before, so many good people asking for a step and Tite puts it on him”, were some of the comments that appeared below the image of the 26 representative of the country.

In the press conference after the official announcement of the list, the questions were aimed at that place and Tite did not hesitate to defend and argue his choice: “The criteria for choosing Daniel Alves was the same criteria for everyone, which rewards technical and individual quality. It rewards the physical aspect and the mental aspect. And he was chosen in the same way as the others.”

Regarding the negative comments on social networks, he ruled: “I did not come to please the people in Twitter, I don’t even know what percentage of the Brazilian people it represents. I respect different opinions and I am not here to convince everyone. I just want to give informative data so that people democratically form their own opinion.”

It should be noted that, after his departure from FC Barcelona, Dani Alves signed for the UNAM Pumas and he played the Mexican tournament with ups and downs in his performance. Later, at the end of the league at the end of October, he returned to the Catalan city to continue his physical preparation.

Dani Alves will play his third World Cup after South Africa 2010 and Brazil 2014. Although Tite left him out of Russia 2018, the coach gave him a chance at the 2020 Tokyo Olympics and the team won the second gold medal in that competition.

The list of 26 players that Brazil delivered is made up of three goalkeepers, seven defenders, seven midfielders and nine forwards, among whom the absence of players such as Roberto Firmino (from Liverpool), Gabriel Barbosa (Flamingo) and Philippe Coutinho (Aston Villa, due to injury).

The B side of the Brazil call: the painful reaction of Matheus Cunha when confirming that Tite did not summon him to the Qatar World Cup

“This is the stupidest society in history”: the surprising reflection of Jorge Sampaoli and the fierce criticism of the World Cup in Qatar

The curious list of Denmark, a selection on the horizon for Argentina in the World Cup: only 21 players announced