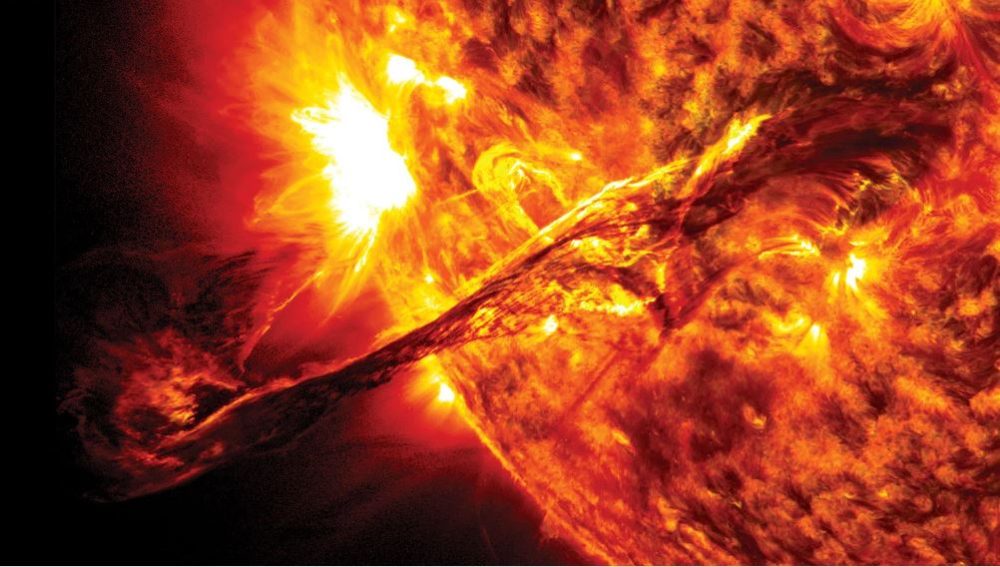 The highest concentrations of radioactive carbon-14 remain “imprinted” in the bark of trees, which is renewed annually.

It is that the Sun constantly emits a stream of energetic particles, known as storms of solar radiation, some of which impact the Earth.

The density and energy of this flow condition space activities, and may interfere with the operation of satellites and other spacecraft.

A key unresolved question in this field of research is how often the Sun emits bursts of energetic particles strong enough to disable or destroy electronic objects in space.

Now, scientists have found that spikes of radioactive carbon-14 are recorded in the growth rings of trees, providing a reliable record of the most intense cosmic radiation storms, known as Miyake Events, which occur about once every thousand years. .

A group of researchers from the University of Queensland, in Australia, has concluded in a new study that the tree rings are directly linked to a mysterious cosmic storm that hits our planet every thousand years. Apparently, the highest concentrations of radioactive carbon-14 are “imprinted” in the tree rings and would help predict future events, which could be very harmful to Earth.

According to the scientists, the mysterious, unpredictable and potentially devastating astrophysical events that bear the name of their discoverer, the scientist Fusa Miyake, could now be identified with some certainty thanks to the new method, created by a team of specialists led by Dr. Benjamin Papa, from the University of Queensland’s School of Mathematics and Physics.

According to the research, recently published in the journal Proceedings of the Royal Society A: Mathematical, Physical, and Engineering Sciences, the application of cutting-edge statistics to data from ancient trees allows us to obtain more information about these extreme cosmic storms, of apparent solar origin but that they could be even more complex phenomena, according to the new study.

Over time frames spanning thousands of years, a superflare occurs, an event thousands of times more powerful than a typical solar flare and whose nature is still unclear.

Researchers know that these huge bursts of cosmic radiation have occurred about once every thousand years, but it’s not yet clear what causes the Miyake Events.

The main theory is that they are huge solar flares, but you need to know more because if an event of this magnitude happened today, it would destroy much of the technology that sustains our society: satellites, Internet cables, long-distance power lines. and transformers, for example, would be out of operations.