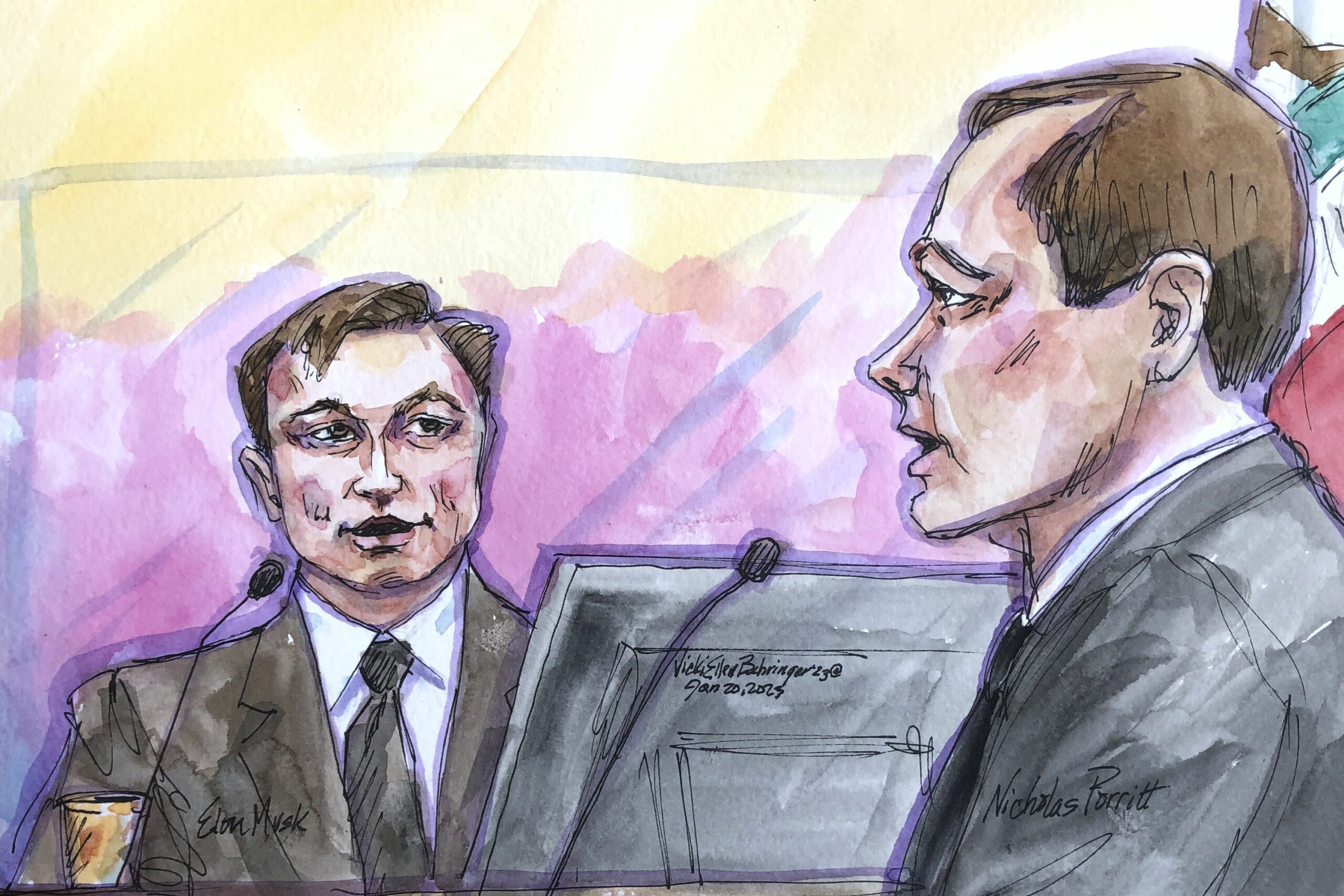 the billionaire Elon Musk took the stand at the civil lawsuit for fraud driven against him by Tesla investors who accuse him of Millionaires loses as a result of a tweet that he published in 2018, and denied that there is a “cause relationshipl” between your messages and the stock market value of the company.

The chief executive of Tesla and new owner of Twitter testified for the last 30 minutes of the fourth day of trial in San Francisco (California, USA), mainly defending the social network utility to address their investors and reducing the impact of their messages on the company listing Of automobiles.

Musk, who was called to testify this Friday by his lawyers, recalled a similar case when in 2020, after tweeting “Tesla’s stock price is too high”, the price fell rapidly but before the close of the session it had recovered to exceed the opening price, according to CNN.

“The causal relationship is clearly not there just because of a tweet”, he added.

He also indicated that, between 2017 and 2019, Tesla faced pressure from short sellers – who bet on the fall of a company on the stock market – and described their practices as “wicked” and facilitators that “bad people on Wall Street steal money from small investors”, collects Forbes.

At the trial, which will last about three weeks and continues Monday with Musk’s testimony, several investors seek compensation for a controversial 2018 tweet in which the defendant said that had raised funds to take the company publicsomething that never materialized.

“I’m considering taking Tesla public at $420. secured financing”, said the message, in which Musk referred to the price per share that he could offer in the operation and that would have meant a valuation of the company in about 72,000 million dollars.

The plaintiffs accuse Musk of lying about this alleged financing and assure that the message caused swings in the price of Tesla that cost them billions of dollars.

The businessman’s defense argued that his intention was not to deceive anyone, but to offer maximum transparency, although he acknowledges that he communicated hastily and chose the wrong words.

However, Musk and Tesla -who is also accused- start at a disadvantage, since the judge in charge of the case, Edward Chenalready considered proven last year that the tweet in question and others that he published later were “false and misleadings”.

In addition, already in 2018 Musk was accused by the US Securities and Exchange Commission (SEC, for its acronym in English) of fraud for its publication on Twitter and the businessman accepted as a sanction a fine of 20 million dollars and leave for at least three years as president of the company’s board of directors, although he continued to be its CEO.

Trial begins against Elon Musk for a 2018 tweet about Tesla