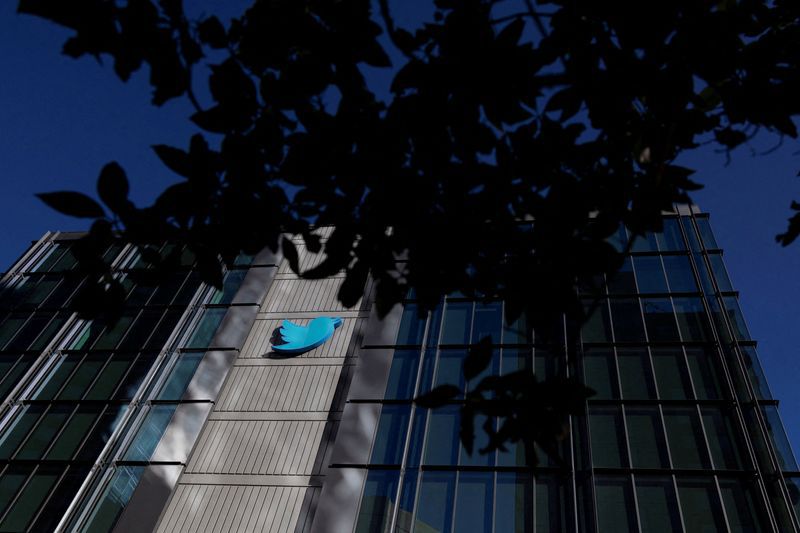 Twitter put up for sale a large part of the furniture at its headquarters in San Francisco that It includes, among other items, tables, chairs, coffee machines, pizza ovens, beer coolers, projectors, among others.

will be the house Heritage Global Partners the one in charge of conducting the auction of 631 lots, as can be read on its website. Bidding opened on Tuesday and will close at 10:00 a.m. local time. San Francisco.

Included in the auction are corporate items such as a statue of the Twitter birdiewhich is already going for the $20,500and a huge neon with the same bright logo, which has already reached $22,500.

Although what is most abundant are chairs, tables, monitors, and desk furniture, there are also stationary bikes to practice gymnastics, boxes of KN95 masks, and a good number of coffee makers, ovens, and industrial-size refrigerators.

In early November, after buying Twitter for 44,000 million dollarsMusk fired half of the 7,500 group employeesexplaining that the company lost more than 4 million dollars daily.

The platform receives most of its income from advertisingbut the opinions and decisions of the Tesla boss on the content moderation they scared away several advertisers.

In December, the billionaire indicated during an online discussion that he had begun to “cut costs like crazy” to avoid defaulting on payment.

With the savings made and the launch of a new paid subscription for $8 per month, according to their projections, the social network could bill some 3 billion dollars in 2023.

According to Forbesthe businessman would have lost around 182,000 million dollars since November 2021 -which has made it break a world record for losses-; That same November, he came to write in a tweet that Twitter was asking for 4 million dollars a day.

Elon Musk is also facing a corporate fraud trial in which several investors are seeking multi-million dollar compensation by a 2018 tweet in which the EV maker’s CEO said he had gathered funds to take the company off the stock marketsomething that never materialized.

The possibility of an acquisition by 72,000 million dollars boosted the company’s share prices, a rally that ended abruptly a week later, when it became apparent that it did not have the funds to close the deal. Then the Tesla shareholders they filed a lawsuit against him, saying that the company’s stock would not have fluctuated as much if he had not discussed the possibility of buying the company at $420 per share.

Nicholas Porrittan attorney representing glen littleton and other Tesla shareholders in the class action lawsuit, he was quick to portray Musk as a villain to jurors.

“Why are we here?” he asked. “We are here because Elon Muskpresident and Tesla CEO, lied. His lies caused ordinary people like Glen Littleton to lose millions and millions of dollars.” He added that Musk’s tweet also hurt pension funds and to other organizations that owned Tesla stock at the time.

Musk’s lawyer Alex Spirosresponded that Tesla’s sharp increase in prices after the tweets were posted was primarily a reflection of investors’ faith in Musk’s ability to pull off amazing feats, including building the world’s largest electric vehicle company. world while also running SpaceX, a company that makes space rockets.

Twitter accepts that user data was sold and opened an investigation

Tesla exceeded one million sales but lives its most critical moment

More problems for Elon Musk: Tesla shares started the year down 13% due to weak demand and logistical problems