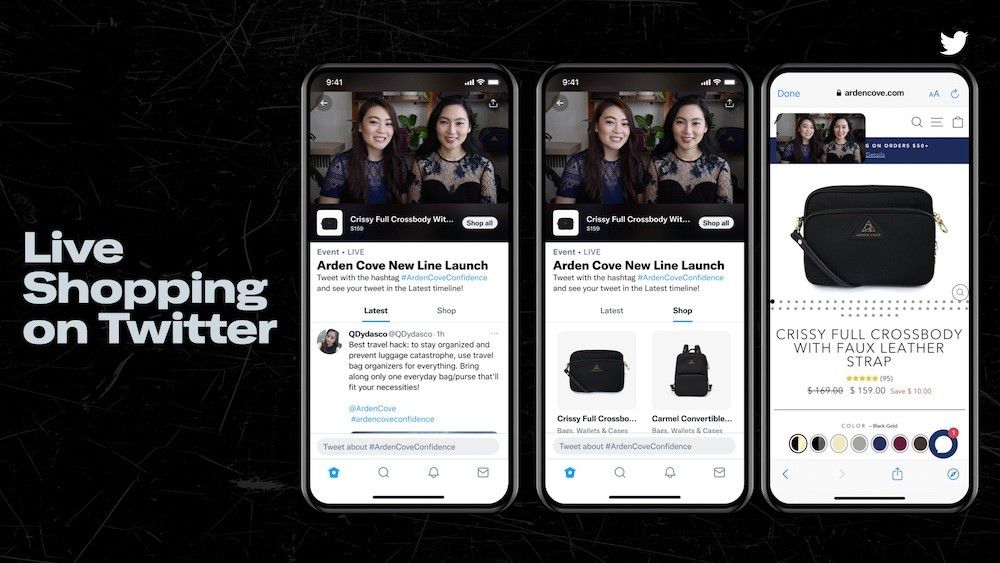 Despite the fact that Twitter is a social network that has entered electronic commerce a bit late compared to other applications and platforms, the company wants to enter the ‘Live Shopping’ and for this, it is experimenting with a function that will allow viewing a transmission live and buy at the same time.

Twitter proposes that within the live broadcast, the companies that require it, will deploy a shopping section so that the user decides or not to buy during the streaming, which would also have already paid.

After Twitter decided in the middle of this year to enable a purchase module for the profiles of some companies in the United States, this new experiment will also be carried out in that country, as it will be Walmart who will carry out the first live broadcast with integrated purchases this November 28 at 7:00 pm (ET).

The initiative will take place within the framework of Cyber ​​Week and will feature the participation of Jason Derulo, where the composer will spend around 30 minutes talking about a catalog of products related to electronic items and home decoration.

“Live streaming on Twitter gives businesses the power to engage with their most influential fans, and adding the ability to shop in this experience is a natural extension to attracting and engaging receptive audiences,” Twitter explained about this project.

The shopping function, announced for the first time in July this year, is the company’s bet to ‘get on the train’ of online shopping, a bit late of course, however, it seems to have given good signs and a green light to continue.

The ‘store module’ tool, which is currently only available in the United States, is a button at the top of some brand and company profiles, which allows users to access a carousel with a selection of products, fits note that this incursion has been slow and the company has chosen to give that confidence to major brands such as Gamestop and Arden Cove; However, the company has announced that in the coming weeks it will be enabling this function to other brands in that country.

It is expected that with the inclusion of ‘Live Shopping’ and the addition of new brands that can access a shopping module, the company will finally begin to focus on this issue and join proposals such as the ‘Marketplace’ of Facebook and the Instagram’s ‘Marketplace for influencers’.

7 advantages of being an Xbox user: Kinect sensor and Halo, among the highlights

NASA: This is the technology needed to deflect an asteroid