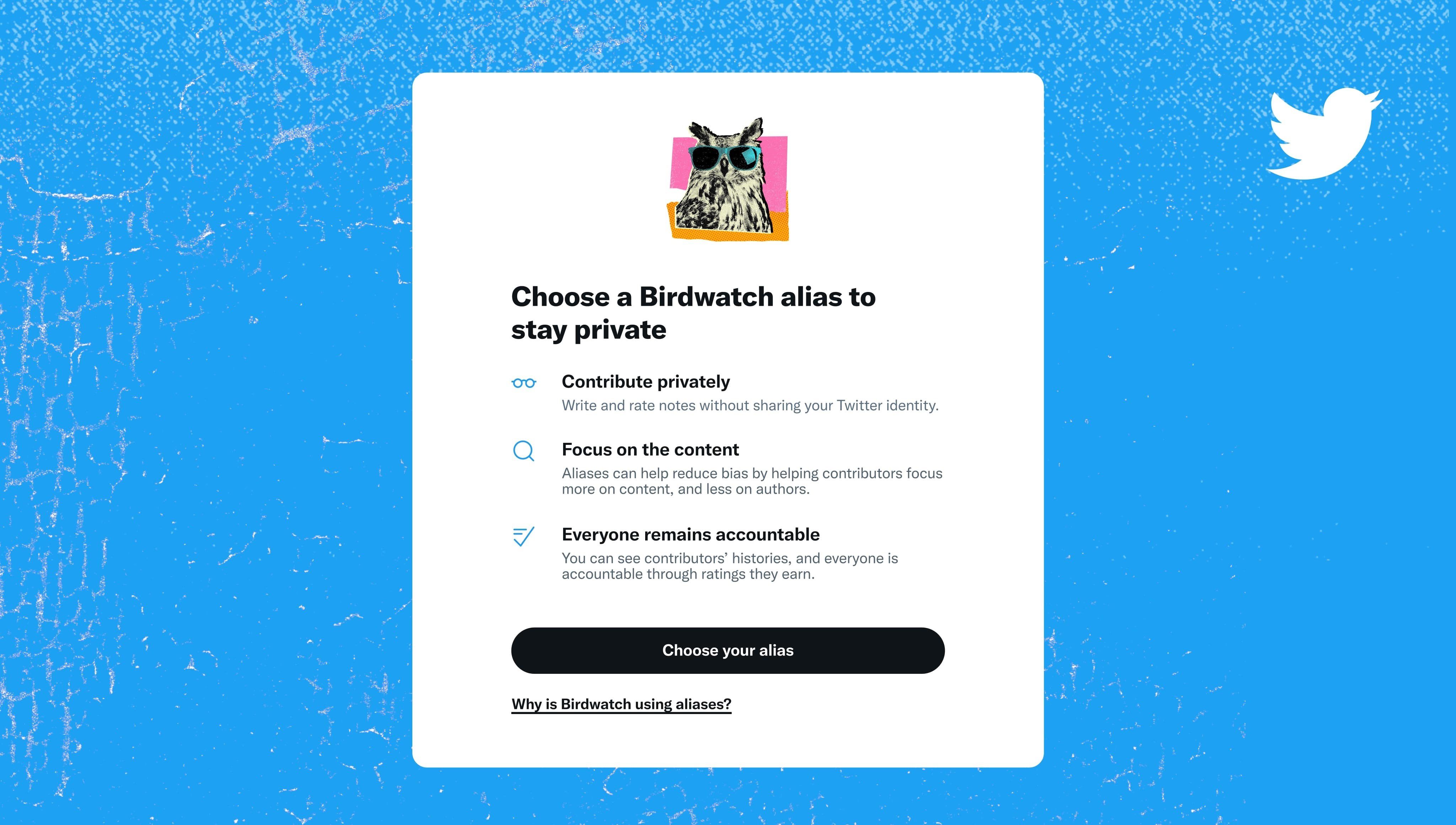 At the beginning of this year Twitter launched ‘Birdwatch’, a pilot program so that users themselves could check the veracity of the information found on this social network; However, until now it was necessary for users to link their Birdwatch account with a Twitter profile publicly, which meant that not many people were encouraged; However, through a statement the company announced that it has taken measures to protect the identity of these collaborators.

Although it is still necessary to link the Twitter account to that of Birdwatch to be part of this project, from now on users will be able to choose an aliasIn this way, the user’s Twitter profile will not be revealed.

With this measure, it is expected that users can focus on the notes and on the verification of data beyond who writes them, this is also a respite for collaborators, since there will be no pressure or fear when criticizing or investigating information of certain positions, which according to company reports will end up reducing the existing polarization.

However, the Birdwatch feature will continue to allow people to access the user activity and comments they need by searching for it by its nickname.

🐦Introducing Birdwatch aliases! 🔍 We want everyone to feel comfortable contributing to Birdwatch, and aliases let you write and rate notes without sharing your Twitter username. pic.twitter.com/ROlbpYvT7u

The main function of Birdwatch is that users can add notes that provide additional context in tweets with possible misleading information, for this, if someone wants to add a note regarding a ‘fake news’ they should go to the respective tweet and give it ” ⋯ ”, when the menu is displayed, select ‘Contribute to Birdwatch’; You will be prompted to create a profile if you have not done so previously.

Then you will read a series of conditions and you will have to answer some questions and finally, add a note placing the information that denies or provides more context about the tweet.

On the user side, it will be easier, because when browsing a tweet, they will be able to see a glasses icon in the lower right part, which will indicate that this particular one has additional notes in Birdwatch, when they click, they will go to official site because the comments are not published in the tweet directly, there, people will be able to see the notes with additional context regarding the information that the tweet is presenting, right here they will be able to rate the usefulness of each note, which will allow the application have more control against this data verification.

It should be noted that the service is currently only available in the United States; however, it is expected that soon users around the world will be able to experience this feature and become readers or contributors to Birdwatch notes.