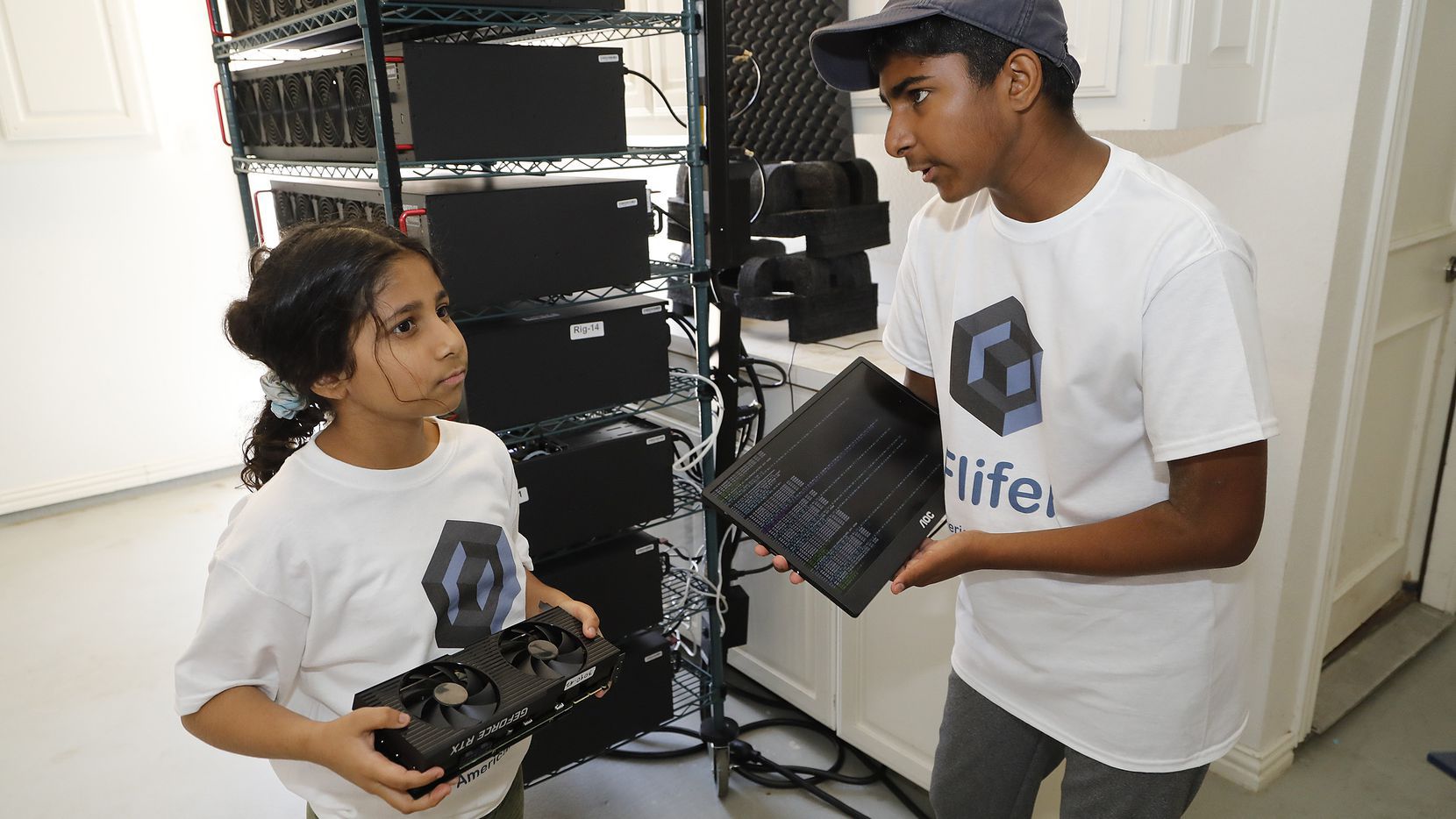 Since it began in April, Ishaan Thakur, 14, and his sister Aanya, 9, have made nearly $ 160,000 mining cryptocurrencies.

On their first day of mining, the brothers made just $ 3. But in the last seven months, his operation has grown substantially. In October alone, Ishaan and Aanya made $ 64,000, turning its activity into a lucrative business called Flifer Technologies.

“We have configured our computers to constantly search for the most profitable currency and switch to that currency automatically”Ishaan tells CNBC. ″ Ether is the dominant currency we mine, with bitcoin and ravencoin being the second and third.

Bitcoin is the largest cryptocurrency by market value currently, with Ether, the native of the Ethereum blockchain, following it in second place. Ravecoin, meanwhile, is a top 100 altcoin.

The brothers, who are based in Frisco, Texas, can process 15 to 16 billion ether algorithms per secondsays Ishaan.

“Even though we are making a lot of money now, we are just as proud now as when we only made 3 dollars a day, since our main prize is not money”, Ishaan says. “My favorite part of our experience is that we learned about a new technology.”

Ishaan and Aanya hope to continue to reinvest in their business, but also use the proceeds to save for college.

The brothers first learned how to mine by watching YouTube videos and searching the Internet. But the mining process is not easy at all.

Mining rigs must compete to solve complex puzzles in order to validate cryptocurrency transactions. Not only is it difficult, but it can be very expensive as it requires a lot of computer power and energy.

The brothers have nearly 200 processors, which their father Manish Raj, a former investment banker, helped finance with a loan. Raj declined to reveal the exact loan amount, But the global shortage of computer chips made finding equipment much more difficult and setting prices at a premium.

“We have additional cards in order, so we will be more than 200 processors by the end of this month”, Ishaan says.

Ishaan built most of the computers that work in parallel. “Because they all process the same job simultaneously, my home computers can process more graphics transactions per second than NASA,” he claimed. “Many of my friends like to play games on their computers. Instead, I just like to build computers for fun. “

Although their mining operation originated in their home garage, they have since moved to a data center in Dallas, Texas. It costs more than $ 5,000 per month for the electricity bill and around $ 4,000 per month for technicians to monitor the rigs.

“We only mine in our free time”, Ishaan says.

Ishaan and Aanya’s parents, teachers and friends are impressed with their mining business.

“All my friends read about our business on the Internet”, says Aanya. “My friends and teachers couldn’t even believe it! The principal wrote my name in our school newsletter. It made me very proud ”.

“Our initial goal was to save for college, but now we believe we can do more”he adds.

For them, mining is “only the beginning”says Ishaan. The brothers plan to launch their own cryptocurrency later this year called Flifercoin. They have had developers and a lawyer help them through the process.

“We believe there are so many opportunities that involve crypto and we look forward to pioneering this space.”says Ishaan. “But I’m only 14 years old, so my school work and the saxophone take priority. Therefore, I cannot work in my business as much as I would like ”.

The serious problem with cryptocurrencies that hardly anyone pays attention to

The use of cryptocurrencies is prohibited for Muslims, ruled a major religious council of Islam

Cryptocurrency scams warned: how to identify them to prevent fraud