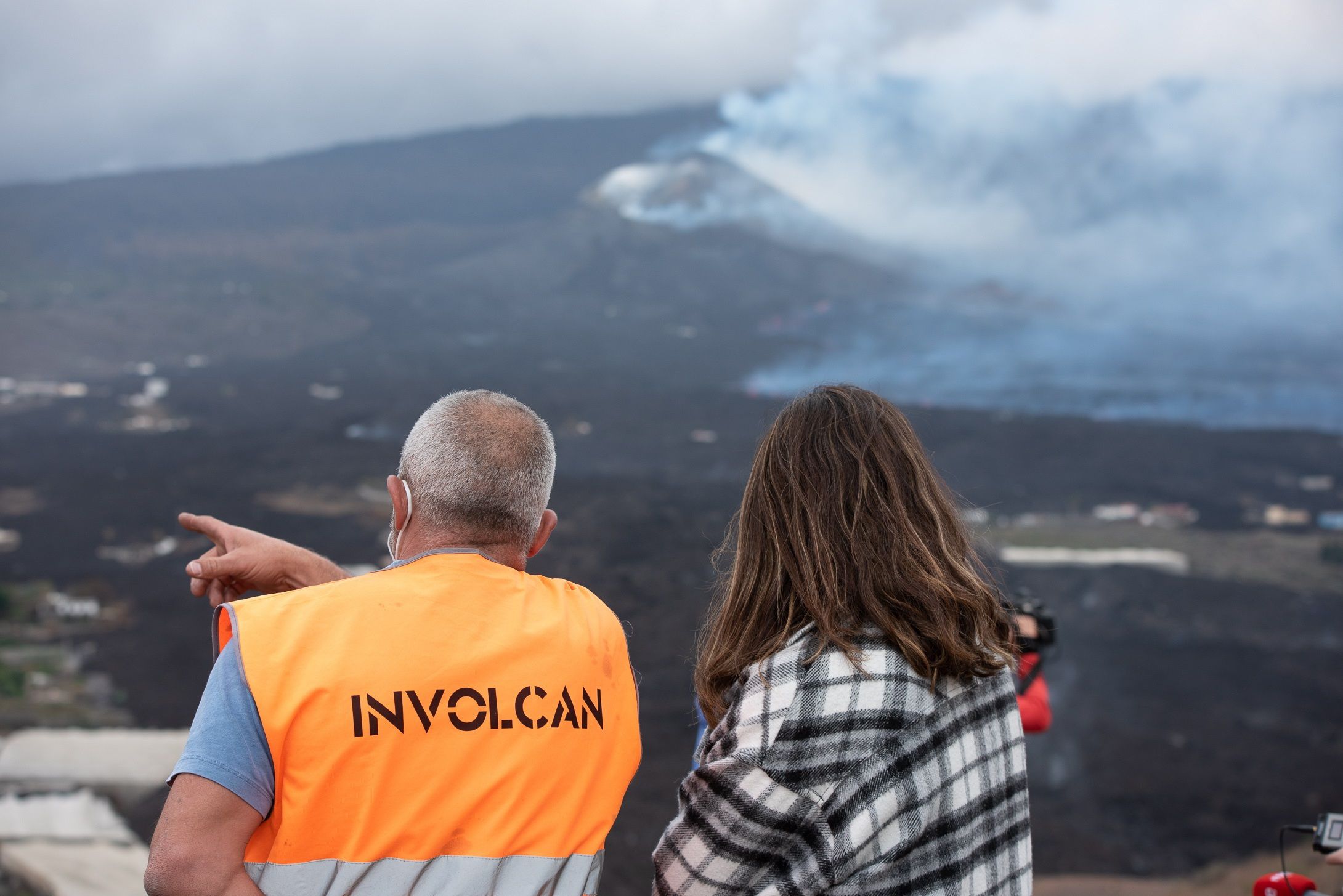 The volcano in Cumbre Vieja, on the Spanish island of La Palma, meets this Friday two months since its eruption began with no certainty that it will, indeed, unless, as scientists seemed to intuit until just 48 hours ago there was an increase in seismicity and tremor signal.

Nobody dares to put an expiration date on it because throughout the eruptive process there have been different ups and downs, as the scientific committee has been warning from minute 1.

Its spokesperson, María José Blanco, of the National Geographic Institute of Spain (IGN), already warned on Tuesday that, Although the trend of the volcano’s energy was downward, the eruption was not going to end “in the short term.” And the next day he spoke openly of an “appreciable change” in dynamics.

“Although it is behaving better compared to previous weeks, the million dollar question, when will the eruption end, has to wait a little longer”, among other reasons because there may be “a pulse, a reset, and start again.”

The one who thinks so is Stavros Meletlidis, an IGN volcanologist, who told Efe: “We have waited two months and it is okay to wait a little longer. You have to understand that this is a geological process, it is not a storm or a fire ”.

Meletlidis understands that there is “a lot of expectation” as to when the eruption could end, “but it is better to wait and be sure.” “If the eruption were on a lost island in the Pacific, we would leave, but here it is linked to an emergency.”

“Rushing to close the chapter could affect the management of the emergency” of civil protection associated with the volcanic eruption, he said.

He stressed that it is not a question of “getting healthy” by scientists, but of “putting a lot of data on the table to see what is happening.”

Meletlidis stressed that to conclude that an eruption has started “it takes 30 seconds”, but “to speak of decay or end many scientific arguments are needed” and “it is very difficult to foresee it.”

His colleague at the Spanish Higher Center for Scientific Research (CSIC) Vicente Soler indicated that, despite the fact that some variables have improved, such as sulfur dioxide (SO2) emissions, although there are fluctuations in the values, or the stability in deformation of the ground, there are other factors that must be taken into account, in addition, of course, seismicity and tremor.

The first is the difficulty involved in measuring the volume of lava that the volcano is expelling, because it comes from a spillway that pours into a tube and travels below the surface for more than 500 meters and then runs through several branches.

“This is a very important parameter to see how the eruption evolves,” he stressed.

And the second factor is that the lava is reaching the sea “like never before.”

He recalled that it took him ten days to reach the sea and form the first strip, but from then on, he widened the streams and “it took a lot” for him to reach the ocean again, which happened last week.

Vicente Soler pointed out that the existence of volcanic tubes could help this circumstance, since the lava does not cool as much as when it runs on the surface.

Added to this is an evolution in the chemistry of the lava, now less viscous than at the beginning of the eruption, which allows it to maintain fluidity and travel the 5.5 kilometers between the cone and the sea in a straight line.

Whatever the future holds, this expert stresses that 60 days of eruption “already many” and, for now, this volcano has been “breaking some records”. “Hopefully he doesn’t beat them all. Especially the duration ”.

The unpredictability of this volcano is reported by the CSIC biologist Manuel Nogales, an exceptional witness to the process when studying its impact on biodiversity on the ground.

”This volcano changes every day, it is very variable. You go to bed with a volcano on your head and the next day you find another: the structure of the crater, the delta, where the lava flows … ”, he told Efe.

For now, according to data from the European Copernicus satellite system updated this Wednesday, the surface devastated by the lava that has been spitting out since last September 19 rises to 1,042 hectares.

In the absence of updating the figure, the material expelled by the volcano is estimated at more than 100 million cubic meters.

The Canary Islands Volcanological Institute (Involcan) estimates that it has released as much energy to date as the electricity that would consume the entire Canary archipelago, in the Atlantic, over 36 years: 286.2 terawatt hours.

According to official data, there are 1,467 buildings that have been destroyed, of which 1,184 are for residential use, 154 for agriculture, 67 for industrial use, 34 for leisure and hospitality, 13 for public use and 15 for other uses.

Of the approximately 7,000 people evacuated from their homes, there are 484 sheltered in hotels, plus another 43 dependents in social health centers.

Thousands of bees were rescued after 50 days under the rubble of the La Palma volcano: how they managed to survive

Under the ashes: the impressive photos that show the devastation of the La Palma volcano