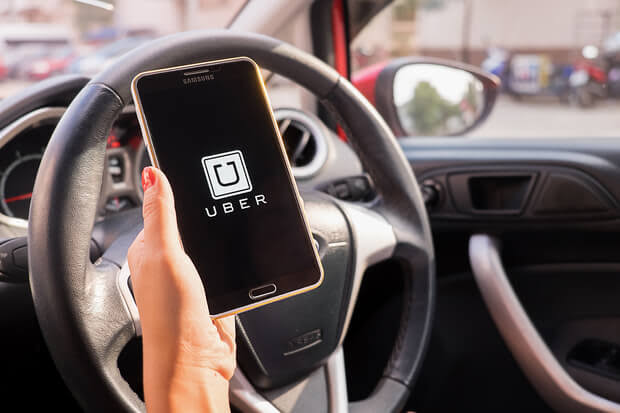 An Uber driver catches a cheating passenger; she inadvertently witnessed the infidelity when she moved “guilty”

In Dallas, Texas, an Uber driver catches an unfaithful passenger, Roni, how she identifies herself on TikTok, said that on one occasion she unintentionally witnessed infidelity.

The TikTok user recounted in detail how the scandalous trip was.

Roni said that he first picked up the man where he said goodbye to his wife and children in front of his house. “His wife and the children walked him to the car and said, ‘I love you, Dad,'” he recalled. “Then he gets on and says he added a stop.”

Continuing with her story, Roni said that until that moment she had not suspected anything unusual and followed the directions of the route. But upon arrival at the destination, a woman with “little luggage” arrived at the car. She “she gets on her and says, ‘I’m glad you finally got away from your fucking wife.'”

Roni recounted in the viral TikTok, that she heard the entire conversation of the unfaithful couple and saw how the situation developed in the back of her vehicle, she even said that she saw the man kiss the new woman and that she asked him when he would leave his family.

“I’m tired. When are you going to leave your wife?” she asked, to which he replied, “You know I have some things I have to take care of. Let’s talk about this later.”

Roni says that after realizing that she had nothing to lose because she was in her own car and didn’t have a boss, she thought, “If I decide to end her trip, that’s my decision. Uber is not going to fire me,” he noted in the clip, adding, “If you’re doing something like that to my car, I have the right to drive it how I see fit.”

It was thus that the driver assured that she took the lovers back to the man’s house and made them get out of the car to expose the infidelity. “If you do something like that in my car, it doesn’t matter if you’re a man or a woman, this will happen to you.”

The Uber driver said that she provided a service with “instant karma” and, as expected, the video went viral and has more than eight million views on TikTok, also generating a great debate.

“My initial reaction was ooooh, I love it. Then my thoughts turned to those poor children and there…”

“I vote for you for president”
“Well done. Those babies deserve an honest and faithful father.”

These have been just some of the comments about the moment an Uber driver catches a cheating passenger and exposes them.