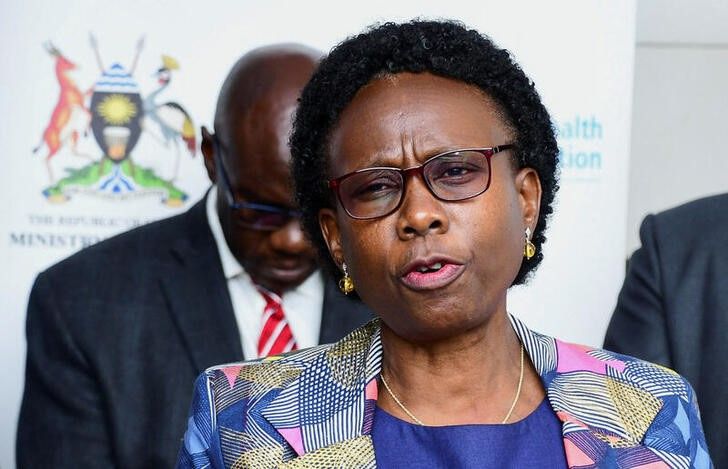 The government of Uganda Today declared the end of the Ebola outbreak that the country had been experiencing since last September and left 142 cases and 55 confirmed deaths, after 42 days in which the health authorities did not detect any new infection.

“I am pleased to announce that our measures have worked and we have successfully controlled the Ebola outbreak in Uganda,” said the country’s Minister of Health today. Jane Ruth Acengfrom the Mubende district (center), where the first cases of the epidemic were detected, in which 87 patients managed to be cured.

“All transmission chains have been interrupted and I want to declare that the outbreak is over”he added.

Uganda thus followed the protocols of the World Health Organization (WHO), which establish that a country can terminate an Ebola outbreak if no new cases are detected for 42 consecutive days, twice the incubation period of the virus.

The Ugandan government declared the outbreak on September 20 after confirming a contagion in mubendewhere a 24-year-old died from the disease.

Among other measures, Uganda imposed a night curfew and restrictions on movement in the central districts of Mubende and Kassanda from October 15 to December 17, but did not need to extend these restrictions nationwide.

Likewise, Uganda received at the beginning of last December experimental vaccine doses against the Sudanese strain of Ebola, responsible for the recently ended outbreak.

To these actions were added, among others, the creation of mobile laboratories with the capacity to take samples and analyze them in six hours, awareness raising in the communities and more training for health workers.

The African Union (AU) Centers for Disease Control and Prevention (Africa CDC) announced last Thursday that the Ebola outbreak in Uganda was “under control” due to the efforts of the country’s health authorities.

However, throughout this emergency, the Ugandan Minister of Health acknowledged that the country should have improved some aspects of its response, such as Uganda’s coordination with its international partners and the protection of health workers.

In fact, at least 19 health workers contracted the disease and seven have diedaccording to data provided by the Africa CDC.

Unlike the Zaire strain, recorded in epidemics of the disease in the neighboring Democratic Republic of the Congo (DRC), there is no approved vaccine yet for the Sudan strain.

“Uganda has shown that Ebola can be defeated when the whole system works together. (…) The lessons learned and the systems put in place for this outbreak will protect Ugandans and others for years to come,” the WHO director-general said in a statement. Tedros Adhanom Ghebreyesus.

“Without vaccines or treatments this was one of the most challenging Ebola outbreaks in the last five years, but Uganda stayed the course and continually honed its response. (…) Thanks to this victory the year starts on a note of hope for Africa”, added, for her part, the director for Africa of the WHO, Matshidiso Moeti.

Countries like the DRC, Kenya, Tanzania, Rwanda and Somalia They declared themselves on alert to prevent a possible spread of the virus.

Discovered in 1976 in the DRC -then called Zaire-, Ebola is a serious disease, often mortalWhich affects humans and primates and is transmitted by direct contact with the blood and bodily fluids of infected people or animals.

The recently ended Ebola outbreak is the seventh to hit Uganda on record.

Ebola outbreak is rapidly evolving in Uganda, WHO warned

They investigate a possible case of Ebola in the United Kingdom