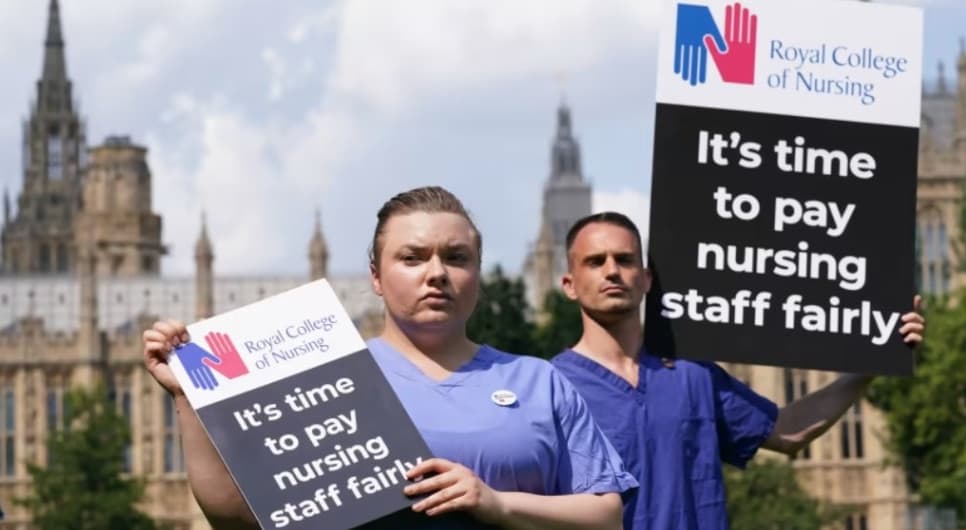 UK nurses They will go on strike for two days in December to demand salary improvements in a context of skyrocketing inflationan action unprecedented in its 106-year history, the union announced Friday Royal College of Nursing (RCN).

Nursing staff in England, Wales and Northern Ireland – but not Scotland – will stop working on days December 15 and 20, after, according to the trade union center, the conservative government of Rishi Sunak reject one bargain offer.

“Nurses are sick of being ignored, fed up with low wages and of the understaffingof not being able to give our patients the attention they deserve”, affirmed the general secretary of the union, Pat Cullenit’s a statement.

The strike will take place against the backdrop of a growing cost-of-living crisis that the RCN says is making it difficult for its members to feed their families and pay bills.

The strike will take place in phases, meaning more strike dates could be announced after the initial action in December if governments fail to enter into formal negotiations, the union added.

The union demands a salary increase significantly above historical inflation, which already exceeds the eleven%.

In recent months the United Kingdom It has been the scene of a multiplication of strikes in numerous sectors.

The british health ministerSteve Barclay, declared himself “enormously grateful for the hard work and dedication” of the nurses and regretted the strike, assuring that the public healthcare it will seek to minimize disruption and ensure that emergency services continue to function.

“These are difficult times for everyone and the economic situation means that the demands of the RCN, which according to current figures represent a salary increase of 19.2%, at a cost of 10,000 million pounds (12,000 million dollars) a year, are impossible to afford,” he added.

plans strike in scotland have been stopped after the Scottish government decided to return to the negotiating tablethe union assured.

Workers at the former British state postal company Royal Mail, university professors and teachers from across the UK held a strike on Thursday to protest wages and working conditions.

Strikes in different sectors are carried out on the same day as a result of the negotiations that union leaders from different unions have held in order to organize joint actions, such as work stoppages called on the same day.

so, some 70,000 members of the Union of Universities (UCU) stopped this Thursday and Friday, and again on Wednesday to protest their salaries, pension plans and contracts, in the largest strike of its kind called, which will affect some 2.5 million students.

On the other hand, teachers from the Educational Institute of Scotland (EIS) also supported a work stoppage on Thursday, in the first national strike over their salaries in almost 40 years, in which most schools are expected to close.