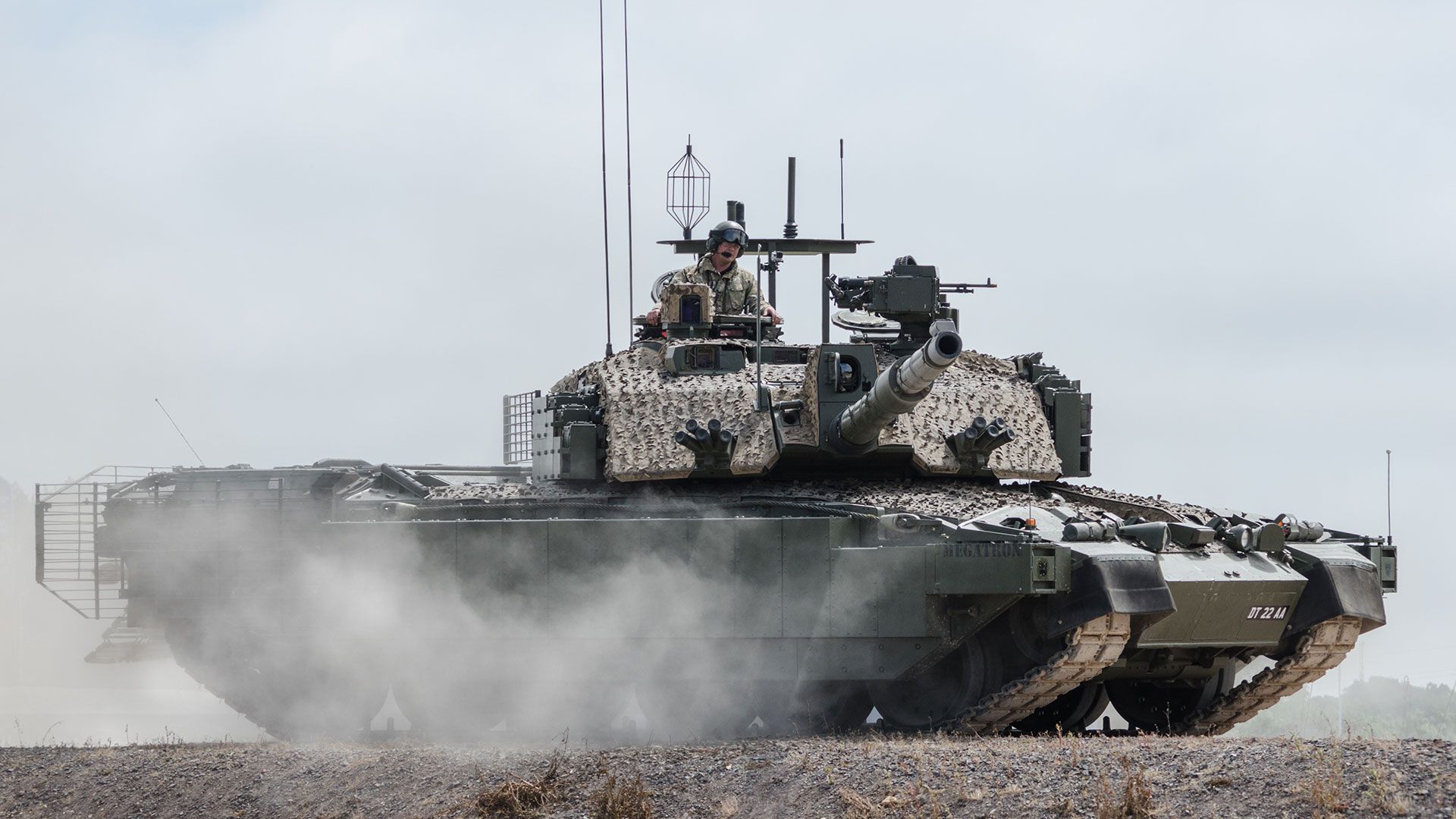 “The Prime Minister underlined Britain’s ambition to step up our support for Ukraine, including the supply of Challenger 2 tanks and additional artillery systems,” a Downing Street spokesman said after a telephone conversation between the two leaders.

In the talk, Sunak and Zelensky agreed on the “need to seize this moment with an acceleration of global military and diplomatic support to Ukraine“, thanks to the “successive Ukrainian victories that have driven back Russian troops”.

Similarly, both congratulated themselves on other similar international commitments, such as “Poland’s offer to supply a Leopard tank company”.

“The Prime Minister stressed that he and the entire British Government will work intensively with international partners to quickly deliver the kind of aid that will allow Ukraine to gain the upper hand, win the war and ensure a secure and lasting peace,” the spokesman added.

In an interview yesterday with Polish television, Zelensky thanked for sending Leopard tanks from the Polish Armybut warned that “Poland cannot assume by itself the entire supply of weapons”.

The challenger 2 is the main battle tank of the British Army and was designed to destroy other tanks. It has been used by British troops in operations in Bosnia and Herzegovina, Kosovo and Iraq, and has never suffered any losses at the hands of the enemy.

Built in the UK by Vickers Defense Systems (now BAE Systems and Land Armaments), it was designed as a replacement for the Challenger 1 in 1986 and has been in service with the British Army since July 1994. This tank is currently used by four armored regiments, based in the South West of England at Tidworth, Wiltshire and Bovington, Dorset.

As stated in dialogue with Insider, Justin Crump, military veteran and CEO of the risk intelligence company Sibylline,s powerful Challenger 2s would easily outperform Russian main battle tanks, primarily the Soviet-era T-72s. “The Challenger 2 was designed to do the job that the Ukrainians need this tank to do,” said Crump, who has personally operated the tanks.

“They are certainly much better than the Russian ones, because everything we designed during the Cold War – the Challenger 2, the Leopard 2, the American M1 Abrams – all these vehicles were designed to be substantially better than their Russian counterparts,” he said.

In terms of firepower, the tank is equipped with three barrels. The main armament is a 120mm rifled gun that can fire high explosive or anti-tank rounds, designed to destroy lighter vehicles and bunkers. The other two cannons are a tracked machine gun and a hatch machine gun.

Since the beginning of the Russian invasion of the Ukraine, the UK has been at the forefront of European countries as the main provider of financial and military aid to the Zelensky government.

In another order, several explosions were heard this Saturday morning in kyivthe capital of Ukraine, according to journalists from the news agency AFP. FUkrainian officials claimed that attacks targeted key infrastructure.

“A missile attack against key infrastructure facilities” is taking place in kyiv, said the deputy head of the office of the president of Ukraine, Kirilo Tymoshenko on Telegram, while the mayor of the capital, Vitali Klitschkoreported explosions in the district of Dniprovskiy and urged residents to “stay in the shelters.”

In another message on Telegram, klitschko added that some missile fragments fell in a non-residential area of ​​the district of Holosiivskyileaving no fatalities.

Shortly after the message, the authorities issued an air alert for the capital and the region of the same name.

Since October and after a series of military setbacksRussia has opted for systematically attack Ukrainian strategic infrastructures.

Ukraine’s energy services have been working hard to repair the power grid as winter progresses.

Several explosions were also reported this morning in the city of Zaporizhiaaccording to the secretary of the mayor’s office, Anatoly Kurtev. “In the morning, the enemy again attacked Zaporizhia. Information about the explosions heard by citizens is being clarified,” he wrote.

Meanwhile, the mayor of Kharkiv, Igor Terekhovreported a Russian attack with two S-300 missiles against the infrastructure of the city’s industrial district and added that it is clarifying whether there are casualties and damage.

Also the head of the regional military administration of KharkivOleh Sinehubov reported new attacks on the region.

Fighting for the mining town of Soledar continues: Russia claims it has taken control but Ukraine claims it is still holding out there

Almost a year after the start of the invasion of Ukraine, the struggle for power shakes the Russian forces

Due to the Russian attacks on the electrical system, the IAEA will deploy inspectors in the nuclear power plants of Ukraine