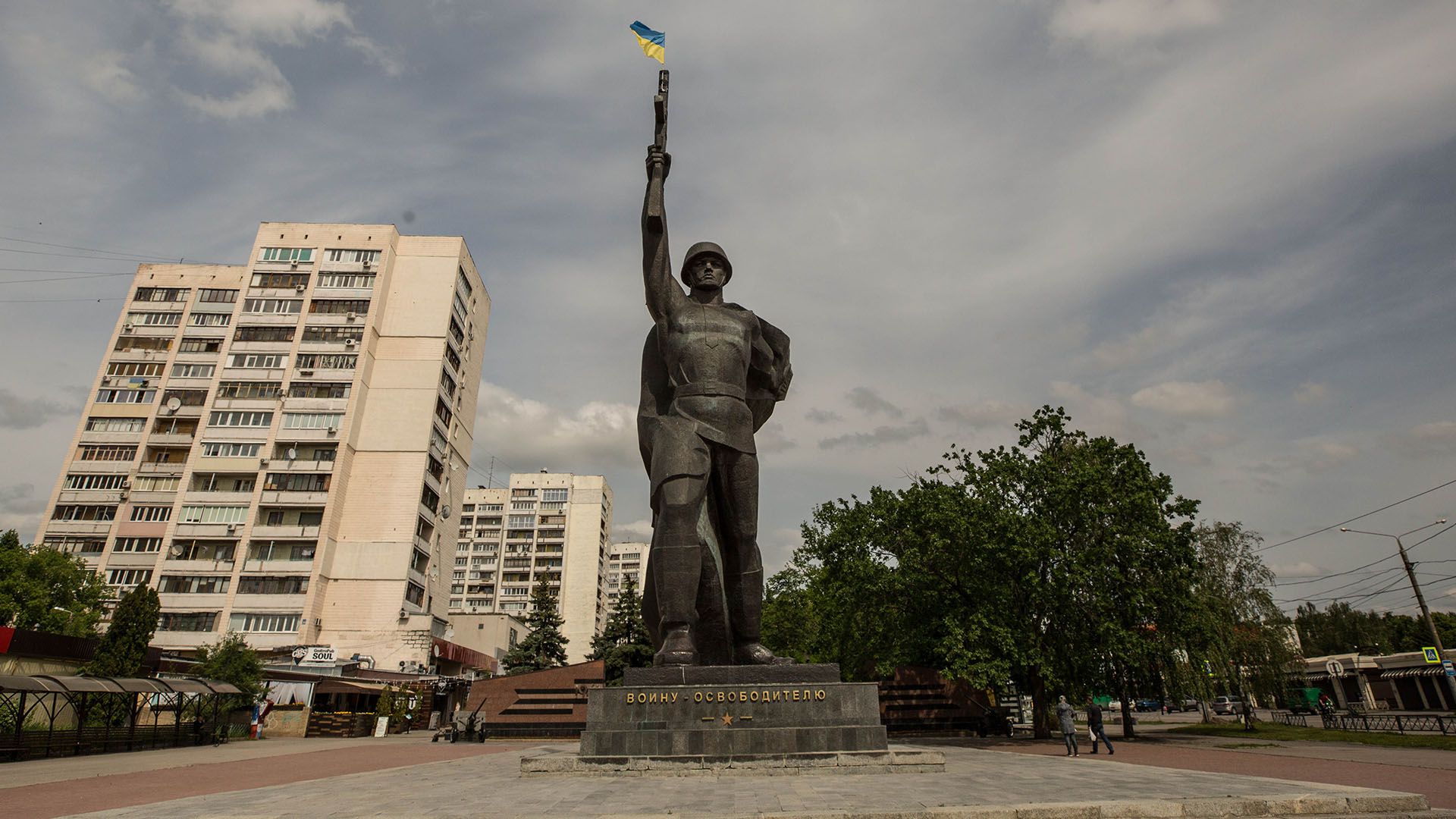 Many Ukrainian cities have added their names to others such as Mostar (Bosnia-Herzegovina) or Mosul (Iraq) on the list of historical heritage destroyed by a war, which in the case of Ukraine lasts nearly a hundred days without many attacks on the cultural legacy have yet been documented.

The Ministry of Culture of Ukraine has reports of more than three hundred places of patrimonial interest attacked since the Russian invasion began on February 24.

Only in Kharkov, the second largest Ukrainian city, in the east of the country, have the Art Museum been damaged, with the paradox that it houses paintings by Russian artists, the Philharmonic, the Opera and Ballet Theater, the National Scientific Library , its cathedrals, various churches such as the Santa Fiel Reina Tamarawhich also paradoxically corresponds to the Russian Orthodox Patriarchate.

THE MUSEUM IN FLAMES

They are better known monuments, like others attacked near kyiv, in Chernigov or Mariupol, but others have been destroyed in small towns where the loss of this heritage is less visible, or in areas where the war continues and it has not been possible to document it.

A missile hit the museum dedicated to the philosopher Hryhoriy Skovoroda in Skovorodynivka, a town near Kharkov, one night.

The image of this 18th century scholar appears on the 500 hryvnia banknote, the Ukrainian currency, but it has been erased here by the destruction and fire caused by the shell in what was his residence, converted into a museum.

The guard was saved by chance, because at that moment he had gone out to talk on the phone, although a piece of rubble hit his shoulder, explains to Efe Hanna Yarnysh, a person in charge of what was the museum, of which only the walls remain, with the roof turned to rubble and everything inside lost.

Miraculously, only a sculpture of the “philosopher of love” remained, almost intact, as he calls the man who was also a poet, teacher and composer of liturgical music, who lived during the Russian empire, from 1722 to 1794.

Yarnysh denounces that it was one more attack to destroy the cultural identity of Ukraine, in a town where there was no fighting, far from the war front in this area close to Russia.

The woman regrets that they were preparing to remove the most valuable funds, but they did not have time to prevent “a missile worth millions of dollars from destroying a small museum.”

Some pieces of the shell are from what little remains between the burned rooms, along with a pile of rubble.”2022 is special for us, for the three hundredth anniversary of the birth of Hryhoriy Skovoroda and the fiftieth anniversary of the opening of the museum, we wanted to have celebrated it in May,” he says.

”With what Hryhoriy Skovoroda represented, it is impossible to kill his spirit, so we are sure that we will celebrate the anniversary. The whole world supports us, they are ready to help us, calls come from all over the world, ”he says.

The Ukrainian Ministry of Culture has created a section on its website to register attacks on cultural heritage, of which more than three hundred have already been documented.

Many show religious buildings, such as Orthodox churches, mosques and synagogues, as well as historical monuments, museums, theaters, libraries and a long list of what has been documented, because it is complicated while the war continues and in areas occupied by Russia.

UNESCO has registered about a hundred, according to preliminary reports, also mostly religious buildings.

The United Nations agency works with the Ukrainian authorities to mark places with the distinctive “Blue Shield”, which the Hague Convention in 1954 protects against armed conflicts, in addition to sending teams to protect them.

Its general director, Audrey Azoulay, has already advanced that the international community will have to be mobilized to rebuild Ukraine’s cultural heritage when the invasion ends, as UNESCO did in Mostar after the war in the Balkans in the 1990s, or is in march in Mosul to recover all the damage caused after being occupied by the self-proclaimed Islamic State.

The reconstruction of the heritage is a sign of hope for those who suffer from the war, according to the director.

Ukrainian cities like Lviv, whose historic center is a World Heritage Site, or kyiv protected their monuments at the beginning of the war.

But in others like There was no time in Kharkiv: in a monument against totalitarianism on the outskirts of the city, several projectiles have destroyed plates that commemorate Ukrainian civilians and Polish soldiers killed in Soviet times.

The huge statue in the center of the city that remembers Soviet soldiers who liberated it from the Nazis in World War II has some projectile impacts, but was saved after an attack next to a nearby subway station in which they died a few days ago various civilians.