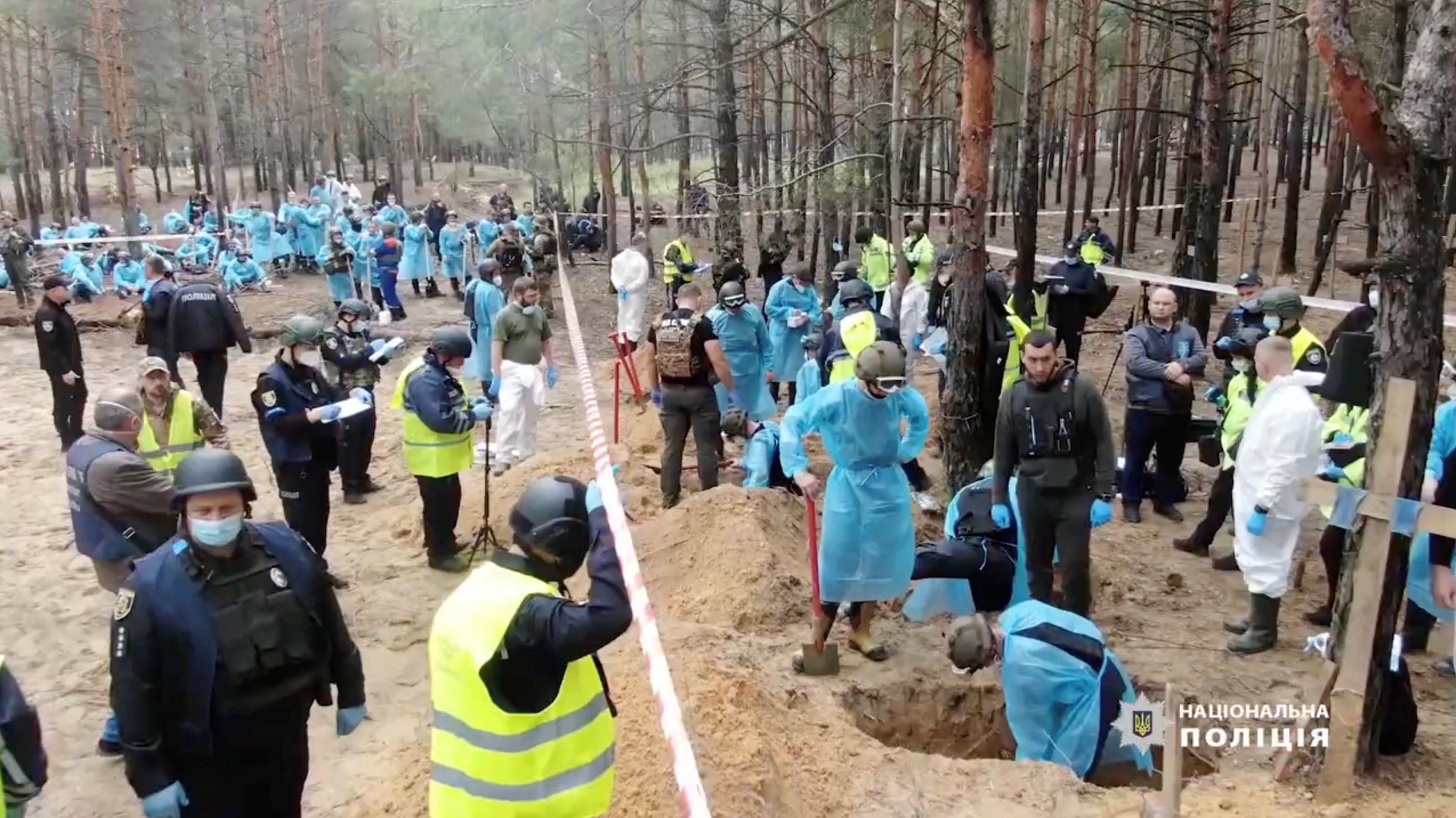 The Ukrainian authorities exhumed 436 bodies buried in a forest near the city of Izium, retaken from the Russians, and 30 of them had “signs of torture”announced on Friday the governor of the Kharkiv region.

“A total of 436 bodies have been exhumed. Most show signs of violent death and 30 show signs of torture”, said Oleg Sinegubov on Telegram.

Ukraine recaptured Izium and other cities in the east this month, thereby crippling the Kremlin’s supply routes. Following the advance of the Ukrainian forces have risen new denunciations of Russian atrocities with the discovery of hundreds of mass graves, some with several bodies.

“Several men have had their genitals amputated. All this is evidence of the terrible torture to which the invaders subjected the inhabitants of Izium”Synegubov added.

The Kremlin has denied its forces were responsible for large-scale killings in eastern Ukraine and accused kyiv of fabricating its discoveries of mass graves in the recovered territory.

Likewise, the UN fact-finding mission in Ukraine concluded, after visiting that country in June, that Russia has committed war crimes during its invasion of this countrystressed today the president of this tripartite commission, Erik Mosesin his appearance before the United Nations Human Rights Council.

“We were shocked by the large number of executions perpetrated in the areas we visited”, pointed out the Norwegian expert, who indicated that the mission investigates this type of murder in 16 Ukrainian locationsalthough it has received credible reports of crimes of this type in many other places.

Many of these murders were perpetrated on people previously detainedhighlighted Mose, who indicated that numerous deceased presented hands tied behind his back, head wounds and throat cutsindications that show that it was summary executions.

The chairman of the commission also denounced that soldiers of the Russian Federation have committed sexual and gender-based violenceto victims “between four and 82 years old”and that in some cases their relatives they were forced to see how those people were mistreated or tortured.

The mission -also formed by the Colombian Pablo de Greiff and the Bosnian Jasminka Dzumhur- “has documented cases in which children were raped, tortured and illegally detained”, being killed in some cases.

Witnesses interviewed by the mission reported having been subjected to beatings, electric shocks and forced nudity during illegal detentions, in some cases after being taken from Ukraine to Russian territory.

The Norwegian expert also denounced the repeated use of explosive devices in non-military areaswhich have affected residential areas, schools, hospitals and other infrastructure, which according to the United Nations Office for Human Rights have caused the death of some 6,000 civilians in seven months of conflict.