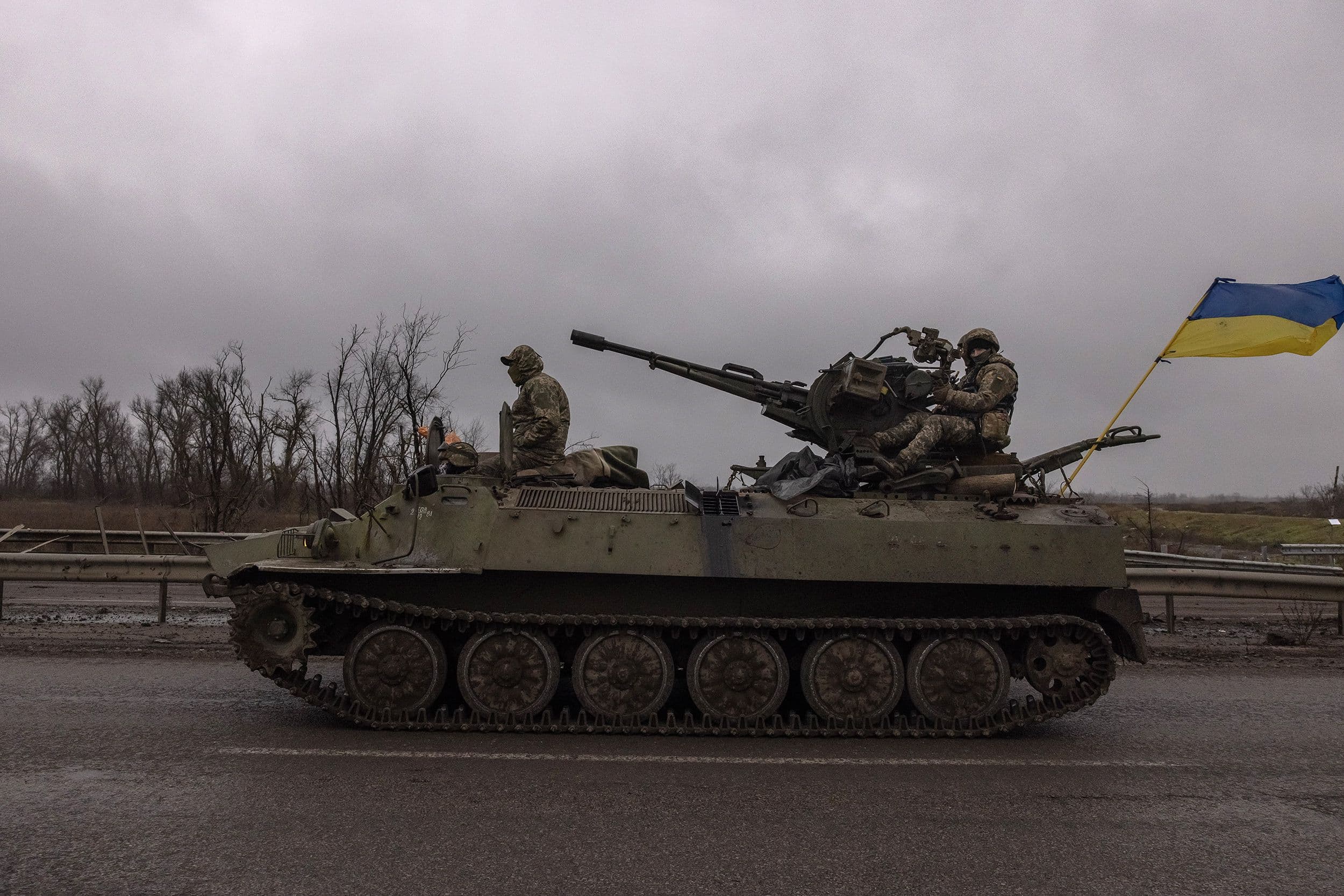 Ukraine has already managed to free 13 locations in lugansk in the last days. However, the russian troops keep their offensive and seek to advance in the southwest on the strategic city of Bahamutepicenter of a fierce battle in the eastern region of Donetskand try -also- to gain a foothold in neighboring Lugansk.

“The situation at the front is difficult. Despite extremely heavy Russian losses, the occupiers are trying to advance in the Donetsk region and gain a foothold in the Luhansk region, gain ground in the Kharkiv region, they are planning something in the south,” President Volodimir Zelensky commented in his usual daily message.

Ukrainian troops, however, stand firm in their defense and will not allow the enemy to “achieve his purposes.” Thus, they continue their counteroffensive in the Lugansk region, practically controlled by Russia.

“Currently 13 settlements in the Lugansk region have been liberated. It is necessary to carry out demining work to safely provide social services to residents and restore the functioning of critical infrastructure,” commented the first deputy head of the region’s Civil-Military Administration, Oleksiy Smirnov.

Recently, Moscow has intensified its attacks in the region of Bahamut Y Avdeevka, where they have aimed the fire of tanks, artillery and aviation. In turn, this Wednesday the spokesman for the Russian Defense Ministry, Major General Igor Konashenkovsaid he had taken control of three new locations in Donetsk: Belohirivka, Pershne Travna and Andreevka -ten kilometers south of the strategic city of Bahamut-.

The capture of the latter city opens the way for the enemy to Slaviansk and Kramatorsk, the main Ukrainian strongholds in Donetsk.

Despite these “marginal gains” the Russians made, the Institute for War Studies (ISW) American doubted that “they have advanced at the rate they claim.”

That is why “it is unlikely that the Russian forces around Bahamut will quickly place the city under the threat of imminent encirclement.”

This position was joined by Zelensky who, in a tone ironicreferred to the Kremlin’s promises that “they will take the Donetsk region in spring, summer and autumn, and winter is already starting this week”.

On the other hand, the Ukrainian chief of staff, Andriy Yermakagain denounced the Russian strategy, by which the mercenary group Wagner he sends to the front, without weapons or equipment, the Russian prisoners hired to fight.

“They take them to the positions without weapons as if they were meat. Then, their weapons are brought to them practically before the order to advance. They receive a rifle but no bulletproof vests or helmets and start to storm our positions,” he noted.

As Yermak continued, Wagner sends hundreds of people to the front every day in the hope of weakening the Ukrainian defenses while, behind the backs of this “cannon fodder”, Russian professional soldiers hide.

Serious casualties on both sides

The figures for losses in both armies are getting higher and will continue to rise as the offensives progress. Zelensky estimated that Russia will lose 100,000 soldiers this year and God only knows how many mercenaries.”

The ukrainian side already accounted for more than 88,000 Moscow casualties since the start of the offensive while Russia only accounted for 6,000 and pointed against Ukrainewhom reported having more than 61,000 deaths.

This issue, which is especially avoided by both parties, sparked a controversy this Wednesday when the president of the European Commission, Ursula von der Leyenposted on Twitter a video in which he mentioned 100,000 losses in the Ukrainian ranks. The post was quickly edited to remove the information.

For his part, the press officer of the Ukrainian General Staff, Bogdan Senikrefused to confirm the figure, instead stressing that it is a “private information” and subject to dissemination limitations.

“However, if what the president of the European Commission said serves to condemn the aggressor country, we can only support actions that will lead to the legal punishment of those who carry out the genocide of the Ukrainian people,” he concluded.

The United States denounced the Russian attacks on Ukraine’s infrastructure: “This brutality is savage”