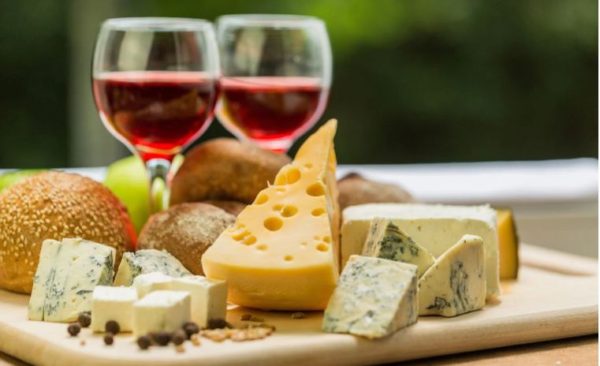 Researchers from UNAM created a model capable of converting cheese and wine waste into useful biofuels… Find out!

The cheese and the came have become two very important elements for the industry in the state of Querétaro, since they not only generate jobs and economic profits, but also industrial waste that is used by the National Autonomous University of Mexico (UNAMFrom said waste, researchers from the Engineering Institute, Juriquilla Unit, get hydrogen and methane, two biofuels useful in the electricity production.

The investigator from the Institute, Germán Buitrón Méndez, explained that different steps are followed to convert cheese and wine into biofuels. In the case of came, the must (grape juice that contains elements such as the skin and the seeds) is used, which is collected during the harvest (from June to November) between Tequisquiapan and Ezequiel Montes, an area where the wineries and vineyards are concentrated .

In the case of cheeseThe rest of the year (from December to May), the whey is extracted from the milk, resulting from the industrialization of the cheese, a component used in the project to generate biogas.

One time collected These wastes are taken to the Institute’s laboratory, where they are processed with microorganisms (bacteria and archaea) in several reactors and a pilot plant.

All the waste follow a complex two-stage process, in the first one occurs hydrogen and various volatile fatty acids; the first is harvested and the acids They go to the reactor that transforms them into methane.

Buitrón highlighted that the processes of microorganisms in reactors is automated, what’s more They are controlled by a mathematical model, which is responsible for feeding the second reactor with what is necessary from the first reactor, which facilitates and maximizes methane production.

The process of hydrogen is carried out quickly with a acid pH, while that of methane is carried out with a pH neutral and is slower. What they do German Buitrón and his team, is to automate processes and make the most of obtaining both gases.

Now, the proposal of these experts from the UNAM, is to use the gaseous biofuels in the wine and cheese producers themselves for make them self-sufficient without transporting the biogas. In this way, waste industrial plants are used through a clean process, they are given added value and finally they are produced electricity.