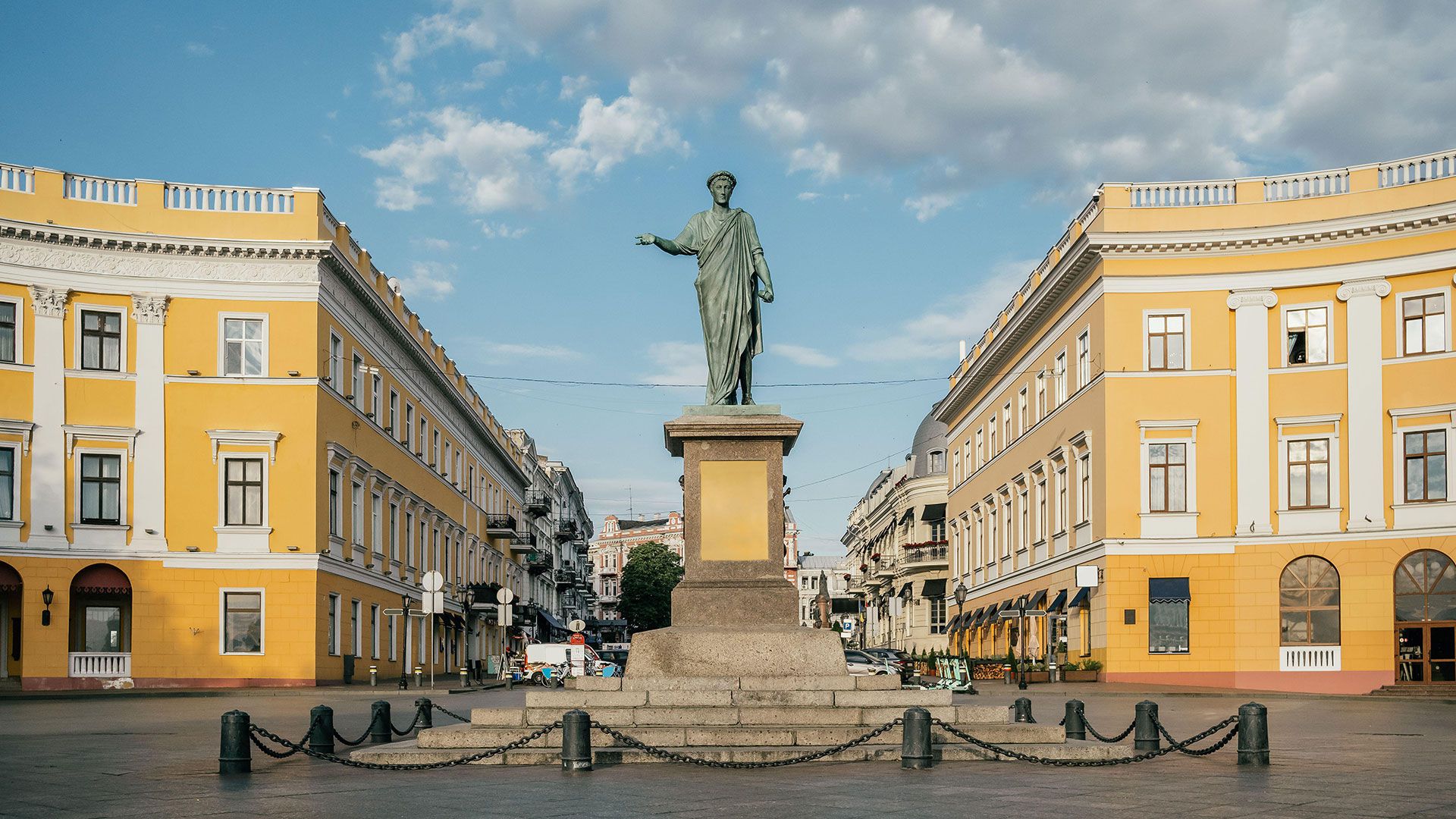 The Unesco approved on Wednesday inclusion of the historical center of Odessaport city of Ukraineon your list of World Heritage in dangerthereby acquiring a special protection status against damage from the Russian invasion.

Odessa has been bombarded several times by Russia since its invasion of Ukraine on February 24, 2022.

In July 2022, part of the large glass roof and windows of the Odessa Museum of Fine Arts, opened in 1899, were destroyed.

The International Fair also entered the list rachid karamidesigned by the Brazilian architect Oscar Niemeyer in Lebanon, and the main monuments of the ancient kingdom of Saba, in Yemen.

The decision was taken by the UNESCO World Heritage Committeemeeting this Wednesday in Paris in an extraordinary session in which the three candidacies were examined by an urgent procedure applied to sites of exceptional interest that are considered threatened.

The committee meeting, which began on Tuesday, considered the three bids for a emergency procedurewhich is used for sites of exceptional interest that are considered threatened.

Among other reasons, Russia opposed the inclusion of Odesa by the alleged lack of scientific rigor in the content of the proposal, a text that the Russian ambassador even accused of having pasted fragments from the Wikipedia portal.

Unesco had officially received last October, formalized by the president Volodimir Zelenskythe candidacy of the historical center of Odessa to Heritage of Humanity.

“The center of the port city of Odessa, a melting pot of trade and migration, has been built through multiple influences. It has a heritage and a history that resonates throughout the world and constitutes a powerful symbol”, he had pointed out then. Audrey AzoulayDirector General of the UN Agency for Science, Culture and Education (Unesco).

As for the Rachid Karameh International Fair, located in the Lebanese city of Tripoli, the committee used the emergency procedure to register the site as heritage in danger due to its alarming state of conservationthe lack of financial resources for their care and the latent risk of development projects that could undermine the integrity of the complex.

Located in the north of Lebanon, this construction was conceived by the Brazilian architect Oscar Niemeyer, on a 70-hectare plot located between the historic center of Tripoli and the port of Al Mina. It was a flagship project of the modernization policy undertaken by that country in the 1960s.

The main building is made up of a huge boomerang-shaped pavilion 750 meters long and 70 meters wide in which various countries could freely set up their exhibition spaces.

The monuments of ancient kingdom of shebafor their part, comprise seven archaeological sites that testify to its architectural, aesthetic and technological achievements from the first millennium before our era until the arrival of Islam.

Your registration for the emergency procedure was due to the threats of destruction related to the ongoing civil conflict in Yemen.

The list of World Heritage in Danger includes cultural property considered to be threatened by grave dangersuch as the threat of disappearance due to accelerated deterioration, natural catastrophes, armed conflicts, abandonment or projects of large urban works, among others.

Registration in this category allows the World Heritage Committee to immediately allocate emergency assistance to the threatened property, from the UNESCO World Heritage Fund.

In legal terms, it implies the establishment of a protection zone expanded under the UNESCO Convention for the Protection of the World Cultural and Natural Heritage of 1972, to which both Ukraine and Russia are signatories.

The States parties must, in this sense, collaborate in the protection of the places included in the list and are obliged not to adopt any deliberate measure that could directly or indirectly damage this heritage.

UNESCO debates in Greece the future of World Heritage

UNESCO reported that 152 monuments or protected historical sites have been damaged in Ukraine due to the Russian invasion.