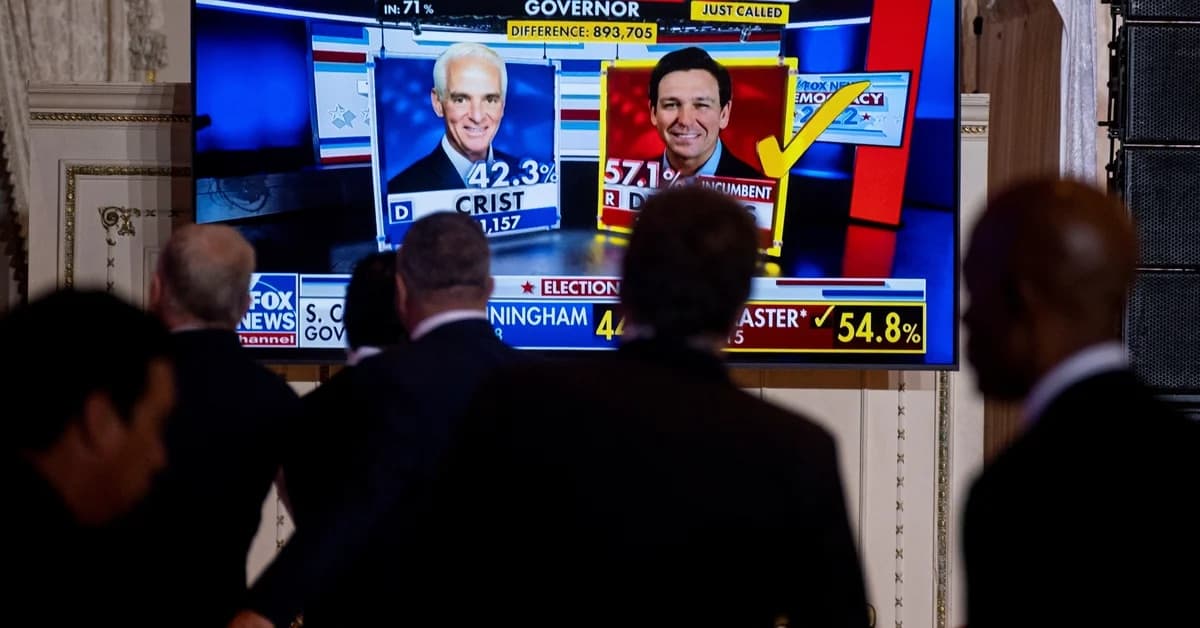 The midterm elections this Tuesday in the United States are of special importance for the government of Joe Biden, since the Democratic Party could lose control of both chambers of Congress. Journalists Jorge Ramos and Ilia Calderon analyze and provide all the news of election day in a special coverage broadcast by the Univision network.

Most of the polling stations in the east and center of the country had already closed their doors by 0100 GMT on Wednesday. The first to close the day, at 23 GMT on Tuesday, were Indiana and Kentucky, in the midwest and south of the country. They were followed an hour later by Florida, Georgia, New Hampshire, South Carolina, Vermont and Virginia.

At 00:30 GMT on Wednesday, it was the turn of North Carolina, Ohio and West Virginia, while at 01:00 the District of Columbia, where Washington, the US capital, is located, and almost the entire center of the country ended the voting. .

In addition to Washington DC, it was the case in almost twenty states, including Alabama, Connecticut, Kansas, Texas, Massachusetts, Pennsylvania and Michigan.

The last state in the country to put an end to election day will be Alaska, which, with two time zones, will do so at 06:00 GMT on Wednesday with the closure of polling stations in its western part.

Americans today choose the 435 members of the House of Representatives, 35 of the 100 senators and 36 governorsas well as thousands of state and local offices, and hold referendums on issues like the legalization of marijuana and abortion.

Results may take days to be known in some states. In the 2020 presidential elections, the country’s major media took four days to declare the current president, Joe Biden, the winner and, for this Tuesday’s elections, the White House has already warned that “counting the ballots in an orderly manner takes time.” .

These mid-term elections are the first since the presidential ones, which were marked by unfounded allegations of fraud by the Republican side and by the then president himself, Donald Trump (2017-2021), who still considers that he won two years ago.

Minute by minute of the US elections

Joe Biden spoke to voters after the polls closed: “If you are in line, stay, make your voice heard”