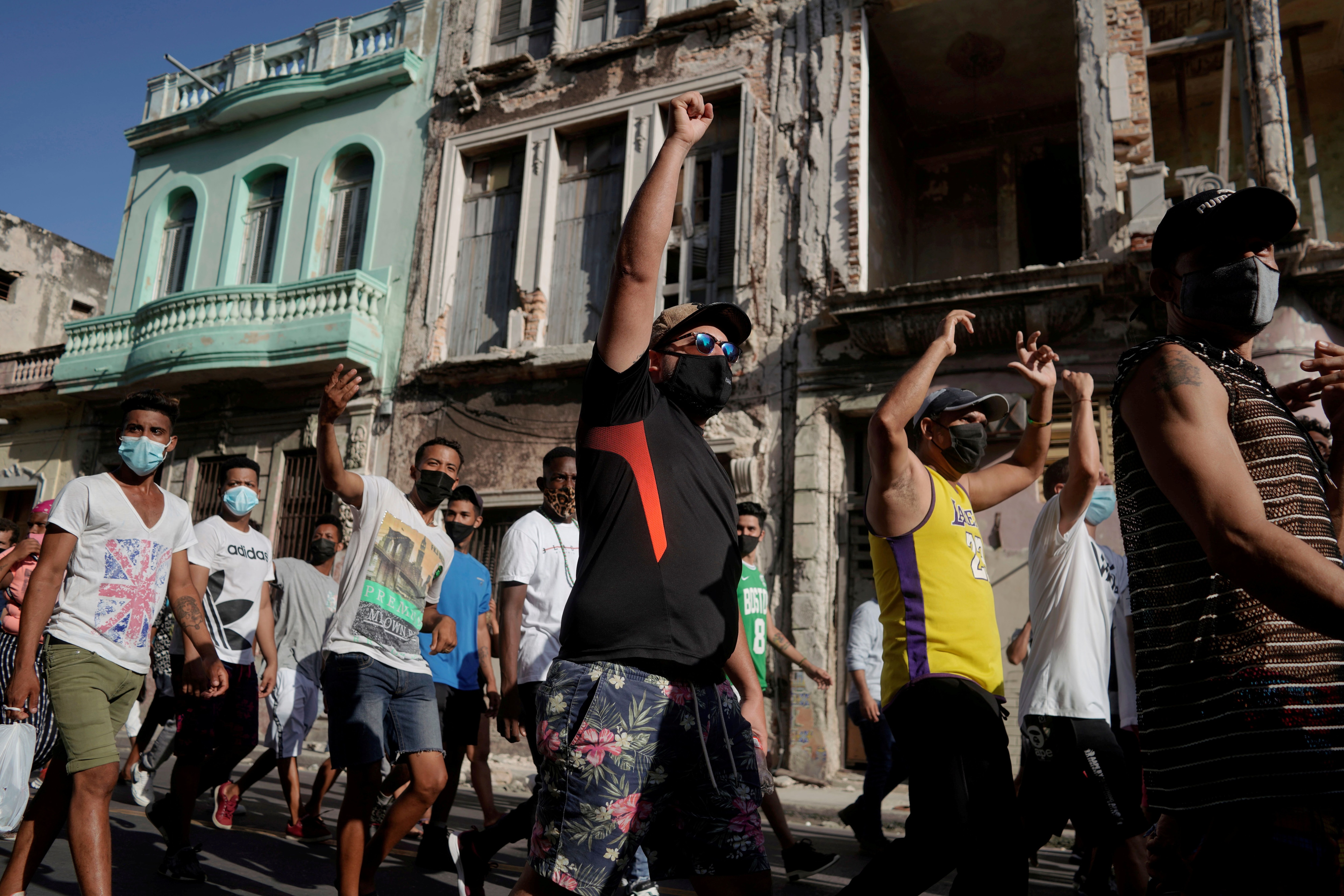 “The accusation that the United States is behind the Cuban protests is to distract; the focus should be on the Cuban people ”, said Emily Mendrala, Deputy Under Secretary of State for the Office of Western Hemisphere Affairs at the US Department of State, during a press conference in which he participated Infobae. “They want to communicate directly with the government to demand changes.”

The deputy undersecretary spoke about the protests planned in Cuba on November 15, the actions that the Cuban government has taken to suppress these peaceful demonstrations and on the relations between the United States and Cuba.

“We urge the government of Cuba to carry out the peaceful protests of November 15″asked the US official. “We urge you not to use violence against the people.”

“We are vigilant and will take action again so that they are held accountable if necessary.”

The 15N occurs at a difficult time for the pocket of Cubans, who can barely buy products in the local currency (CUP) and the few goods available in stores are sold in foreign currency – inaccessible for a large part of the population-, to Very high prices and with long waiting lines. Social unrest was exacerbated after the July 11 protest, the largest in decades.

“We are actively monitoring the situation and interacting with key contacts before the protests in Cuba on November 15, which will express, like the one in July, the desire of Cubans that their human and fundamental rights be respected,” said the official.

As Mendrala pointed out, Cuban citizens have criticized the regime for not meeting their basic needs, such as medicines and food, and want to demonstrate peacefully: “We support the Cuban people and all Cubans who seek a government that respects their fundamental rights.”

“The United States is taking action. After July 11, we have used diplomacy and we have reinforced our support for the people of Cuba. We are holding the government to account ”.

Indeed, days after the July demonstrations, the President of the United States, Joe Biden, announced sanctions against the Minister of the Revolutionary Armed Forces (FAR) of Cuba, Álvaro López-Miera, and an elite military unit popularly known as “black wasps” or “black berets” for his role in suppressing anti-government protests.

The Cuban regime has wanted to discredit the 15N march with an intense campaign in the state media (the only ones officially allowed in Cuba) and on social networks. He assures that the convocation has “subversive” purposes and seeks a “regime change” in Cuba. It alleges that its organizers are agents in the service of the CIA and other organizations in the United States.

Definitely, accuses Joe Biden’s government of being the real instigator of the protests by subsidizing organizations that provide advice or support to dissidents, as well as maintaining the economic sanctions that they consider have exacerbated the current situation of shortages and shortages.

“Supporting the Cuban people is one of the main priorities of the Joe Biden administration”, highlighted the official during the conference. “We not only express our support, but also we have amplified the voices of political prisoners and shed light on human rights abuses ” by the Cuban regime.

In that sense, he stressed that the number one priority is to promote the accountability of those who abuse the rights of Cuban citizens, and who have engaged with the private sector, religious groups and non-governmental organizations to identify obstacles during the November 15 protests, to monitor abuses and to increase Internet access so that marchers can communicate with each other ”.

In addition to accountability, he noted the effort of the United States government to bring basic products to the island those that Cubans cannot access, and the progress of adding more employees to the embassy in Havana.