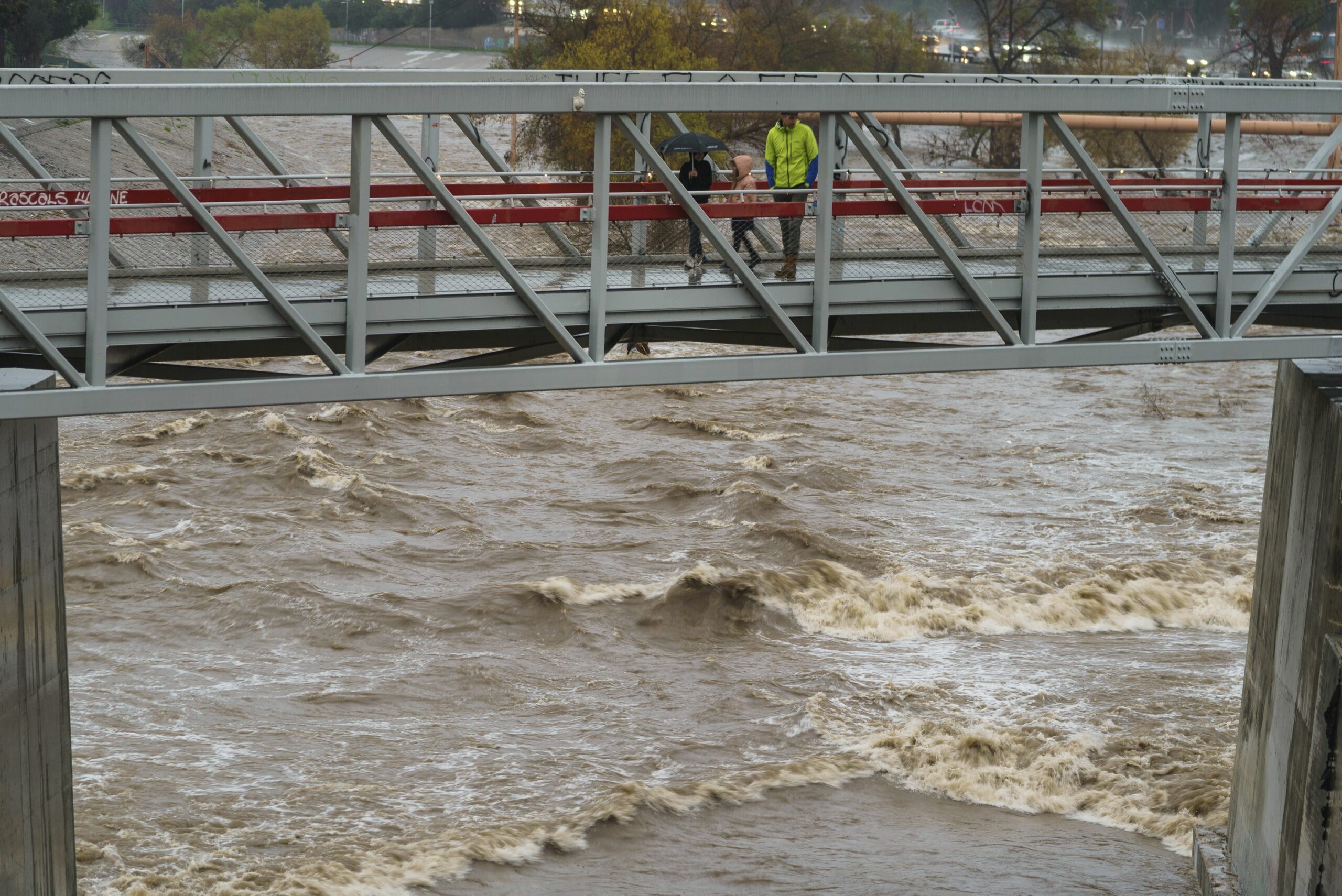 Another deluge fell this Saturday on the state of Californiain the western United States, causing great floodsafter three weeks of record rainfall that caused at least 19 dead.

An impressive wave of rain -and snow in mountainous areas- swept away many areas of the country’s most populous state on Saturday, whose already flooded soils are reaching the saturation point.

The governor of the state, Gavin Newsomwarned Californians that they are still not safe: “It’s not over”, he said this Saturday after visiting the inhabitants affected by the storms.

Newsom urged residents to remain vigilant and continue to apply “common sense over the course of the next 24 to 48 hours.”

Near 26 million Californians remain under flood watchaccording to him National Metereological Service (NWS), and tens of thousands have order to evacuate.

Around 11:00 p.m. this Saturday there were approximately 20,000 homes without electricityaccording to the portal poweroutage.us.

In the Salinas regiona city of 160,000 inhabitants south of San Francisco, where the river of the same name overflowed, the flooding affected the agricultural corners of the valley but spared the urban areas, a journalist from the AFP.

Under leaden skies and intermittent rain, the water broke out in some places, flooding hundreds of meters of fields.

In spreckelsa small community near the river, most residents chose not to evacuate despite warnings from authorities.

In one of the areas, two tractors equipped with pumping equipment returned the stagnant water accumulated by the rains of recent days to the river, to prevent the soil from completely flooding.

“The region has been hit hard by drought in recent years”, he said to the AFP Manuel Paris, a 58-year-old farm worker, amazed by the river that flows at full speed. “It’s been a long time, we are no longer used to seeing so much rain”.

A series of storms has hit California in recent weeks. Brief interruptions barely give the authorities time to clean up debris or restore power.

According to meteorologists, the wave of extreme weather is not over.

A new “atmospheric river” is expected to return on Monday, that is, a strip of humidity that transports large amounts of water from the tropics. The NWS warns that it will bring “new waves of extreme precipitation”.

In the mountains, this phenomenon translates into heavy snowfallwith more than one meter planned during the weekend in Sierra Nevadaso heThe authorities warn about the risk of avalanches and advise against any displacement.

Images released by the authorities of a major highway in the lake region Tahoe They show dozens of cars stopped in the middle of a snow storm on Saturday morning.

At least 19 people have died since the beginning of this series of climatic events. Have been found trapped drivers in their vehicles by the waves, people injured after falling trees, a couple died from a landslide and bodies have been washed away by the floods.

California is used to extreme weather, and winter storms are common.

But scientists say the climate changepowered by human burning of fossil fuels, is making these events more ferocious.

Although it is causing disasters in the short term, rain is much needed in the western United Stateswhere more than two decades of drought have imposed unprecedented restrictions on water use.

However, experts warn that even the monster downpours that have hit the region this month are not going to reverse more than 20 years of below-average rainfall.

Lake Shasta, the largest reservoir in the state, was still at just two-thirds of its historical average in early January, according to data from the department of water resources.

Floods and landslides in California: there are 14 dead and more rains are expected