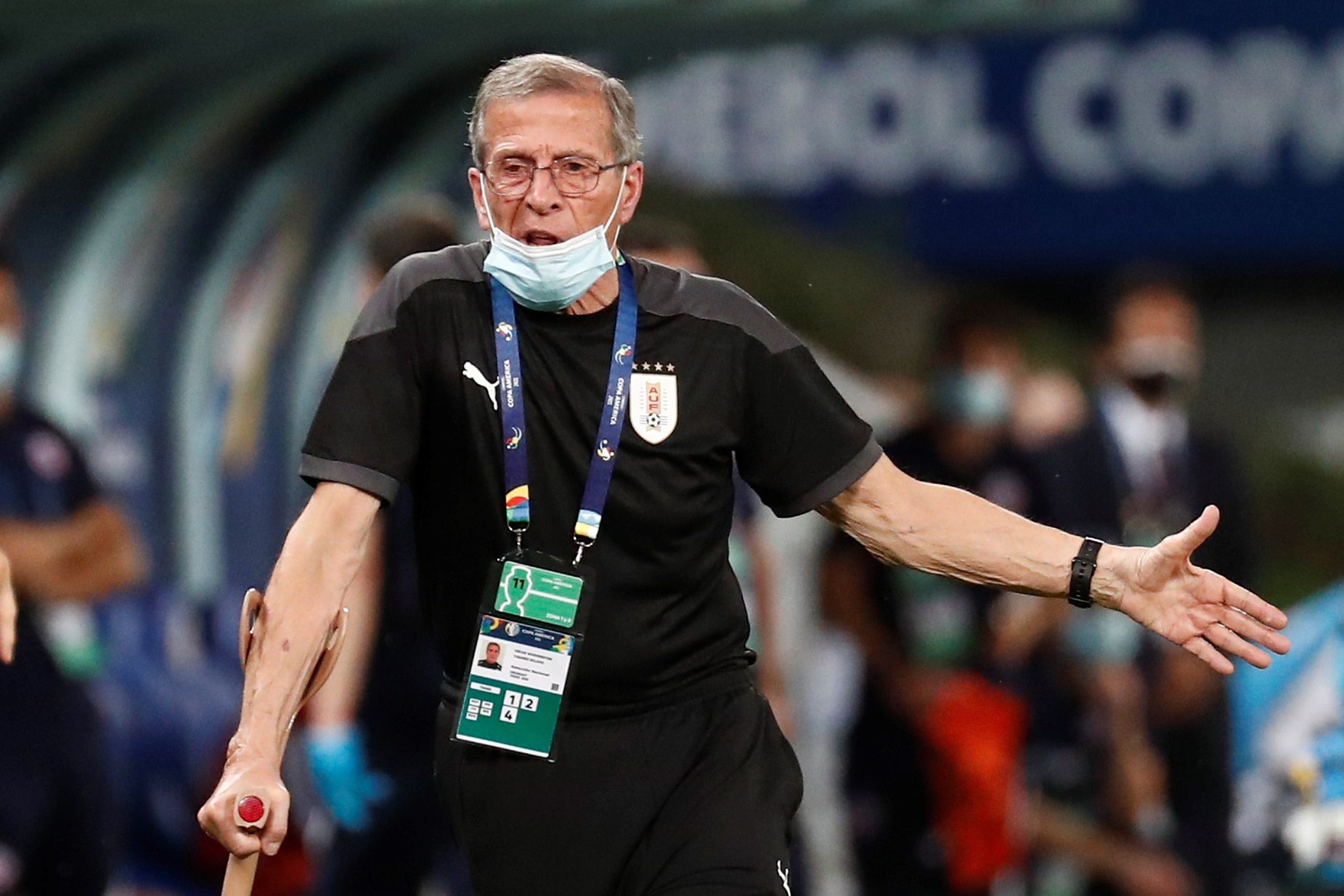 Days after the hard defeat against Bolivia, the Executive of the Uruguayan Football Association (AUF) has decided that Oscar Washington Tabárez stop being the coach of your team. The coach of 74 years, who was in office since March 2006, will have to step aside in the absence of four dates for the closing of the South American Qualifiers heading to Qatar World Cup 2022.

After falling down 3-0 on Peace, the Teacher he had said he was not going to leave “Throwing in the towel”. However, a few days after that blow, Ignacio Alonso and the rest of the directors of the AUF They have resolved that it is the best way forward to try to close in the best way the qualification process for next year’s World Cup.

As reported ESPN, last month there was already a meeting in the Celeste Complex among the members of the Executive of the AUF and the coaching staff to raise concerns about the poor results but later the continuity of the Teacher Tabárez and his working group. Faced with the new setbacks of the team, it was finally decided to dismiss the technician.

Yes OK The light blue is currently in seventh place in the standings with 16 points, the same that Chile has and only one less than Peru and Colombia, it is also true that it does five games that he did not win and had four consecutive defeats. His last pair of victories were in September, against Bolivia (4-2) and Ecuador (1-0) in Montevideo.

Tabárez I had already more of 15 years leading the Uruguayan team, a cycle where many players were promoted and the results were positive: Uruguay finished in fourth place in the 2010 South Africa World Cup (third place) and the following year he was champion of the America Cup. On Brazil 2014 fell in the round of 16 and Russia 2018 reached the quarterfinals after qualifying second in the Playoffs.

He had already had a first term in the Uruguay’s senior team which began in 1988 and culminated two years later by reaching the round of 16 in the Italy World Cup ’90. Your total record is 221 international matches (20 of them in World Cups) on the Celeste bank with 104 wins, 58 draws and 59 defeats. In November 2019, he had received a Guinness Record distinction for his number of matches in the same selection.

On the next double date, between the end of January and the beginning of February 2022, Uruguay will face Paraguay on Assumption and then it will be local before Venezuela. Among the names that could replace it are Diego Aguirre, who had a stint in San Lorenzo (Argentina) and currently directs Inter de Porto Alegre (Brazil), to succeed him, as well as Fabián Coito, who was part of the youth team during the process of Tabárez and until this year it was directed to the national team of Honduras.

For its part, it is likely that this is also the final goodbye of the Teacher Tabárez football, since he has long suffered from a disease that prevented him move normally, to the point of using several times electric carts or cane to be in the games. “Neuropathy causes me motor problems, especially when walking. Now I am with a cane alone, but when the floor is more or less reliable, I do not use one. As it is a chronic disease, sometimes I am a little better and sometimes there are certain situations, “he declared in 2016 when his health problems became known.

Darío Silva, intimate: the accident in which he lost a leg, the move to Boca that only lasted seven hours and his days as a waiter