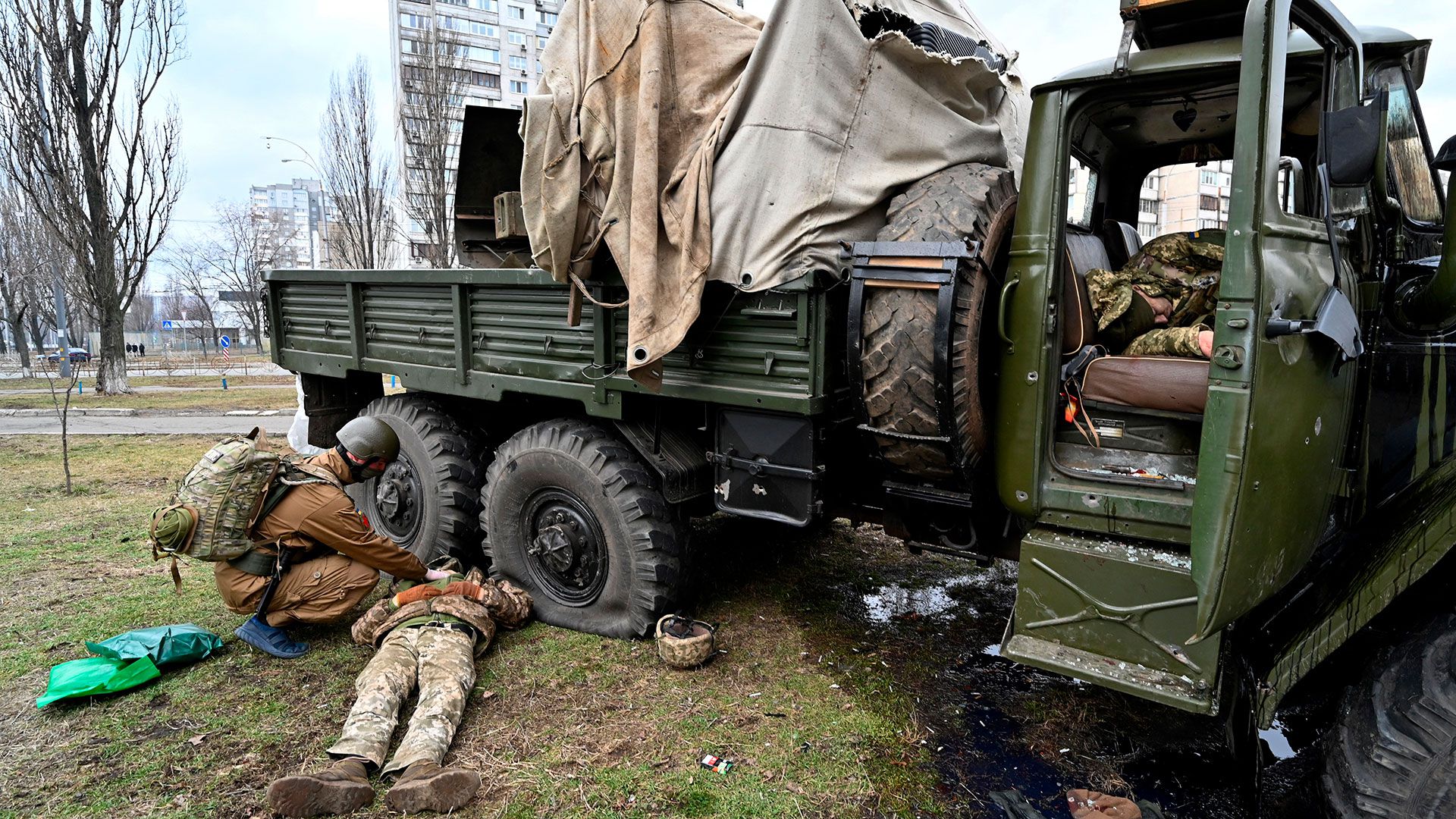 the war that Russia started on Ukraine It is close to turning one year old. On February 24, in little more than a month, Vladimir Putin he will have to face the fact that in 365 days he failed to fulfill his goal of taking Ukraine, something he was confident he would achieve in a few days.

However, this is not the only headache of the head of the Kremlin. In the last hours, the iUnited States intelligence noticed some alarming figures for the invading forces.

They claimed that Russia suffered 188,000 casualties and the loss of over 2,000 tanks in these 11 months of offensive, which accounts for a significant increase from the numbers released by the UK Defense Secretary, Ben Wallaceat the end of 2022, which he calculated in 100,000 the number of Russian soldiers wounded, deserted or killed.

The Ukrainian resistance prospered for at arms supply to Ukraine by the West, such as drones and missiles, which allowed them to attack Putin’s armored vehicles and target Russian targets with great precision.

The American General Mark Milley defined the fact in dialogue with the English media the sunwhich originally released these figures, as an “enormous number of casualties”.

Also, this information was disclosed in a key moment of the offensewhich seems to have focused on the Donbas. For weeks the focus has been on Bakhmut Y solderwhich Russia claims to have captured after months of fighting and in what would be its first victory in six months.

Russian Defense Ministry spokesman Igor Konashenkovensured that the village of Klishchiivkanine kilometers south of Bakhmut, had been “released”.

However, this was not recognized by the Ukrainian side, which maintains that the fighting in the area continues, although it is becoming more and more cruel.

In parallel, Ukraine has intensified its demands for more weapons from the West given that prepares for a major Russian offensive which could happen in a few weeks, when Putin orders a change in the course of the war, in order to try to achieve a conquest. To do this, he would launch a devastating attack on three fronts.

Thus, the seizure of Klishchiivka that it claims would be a minor victory compared to the Kremlin’s desire to take over, for example, Soledar, a key mining town in the Ukrainian supply chain in the east.

There the attacks have been going on for months, even with the presence of the mercenary wagner group that has not been spared from casualties. They too have reportedly suffered heavy losses and have been forced to intensify their recruitment drives in Russian prisons more than ever.

However, amid constant shelling and fierce fighting, the United States has alerted Ukrainian troops to change their approach. Rather than focus on Bakhmut, an official close to the president Joe Biden argues that they should be concerned with prepare as much as possible for an offensive in the south. Washington believes that the Russians have a high probability of eventually taking this city and should therefore focus their efforts on a new target.

Meanwhile, an adviser Volodimir Zelensky revealed that kyiv anticipates a three-pronged attack from northern Belarus, the Russian strongholds of Donetsk and Lugansk to the east, and, in the south, from the Crimean peninsula.

So with this breakthrough, if the Russian troops were to succeed, they would encircle the defending forces in a move that would set them back on the advances of the past few months.

Similarly, Ukraine does not plan to stand idly by as the enemy military hones its tactics, shelling civilian buildings and key infrastructure on a daily basis and causing the deaths of thousands of innocent people.

According to US officials, Zelensky envisions his own offensive against Russia although closer to the springwhen it has more weapons, while repelling other important attacks in Donetsk Y luganskwhere the industrial heartland bordering Russia is concentrated and the struggle of pro-Moscow separatists has lasted almost nine years.

To continue with these maneuvers, Ukraine assured that it needs at least 300 tanks what Marina Mirónfrom the Department of Defense Studies at King’s College London, explained that one should consider not only the amount but the momentthe typethe conditions and the knowledge of the soldiers on them.

This would allow kyiv to move forward with the reconquest of its territory although, according to milley, victory is unlikely to happen this year. In a meeting organized in Germany, the chairman of the US Joint Chiefs of Staff commented that “from a military point of view, I still maintain that by this year it would be very, very difficult to militarily expel Russian forces from every inch of occupied Ukraine”.

Russia bombed another apartment building in Ukraine: there are at least two dead