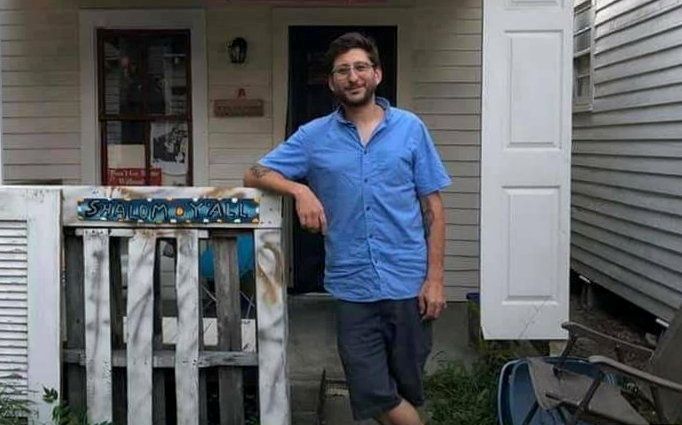 The American Journalist Danny Fenster, detained in Myanmar since May, said Monday in Qatar that he struggled to maintain his sanity and feared his situation would never end.

The 37-year-old reporter, looking haggard, said there was no reason for his arrest. He was pardoned, released and expelled from Myanmar on Monday, on the eve of a trial in which he was in danger of being sentenced to life in prison.

Fenster was pardoned for “humanitarian reasons” after negotiations with former US diplomat Bill Richardson and two Japanese envoys, the Burmese military junta said in a statement.

His release was achieved through “face-to-face negotiations” between the head of the board, Min Aung Hlaing, and Richardson, the latter’s office said in a statement. Both travel to the United States “via Qatar, for a day and a half,” he added.

“I was detained and held in captivity for no reason (…) but physically I was healthy. I did not suffer hunger or beatings “Fenster told reporters after arriving in the Qatari capital Doha.

“I feel good physically”, added the reporter. His biggest concern, he said, was “Keep your sanity through all this.”

“The longer it got, the more I feared that this would never end, so my main concern was to stay sane.”added.

His parents Buddy and Rose and his brother Bryan said they were “delighted that Danny has been released and is on his way home.” “We are eager to hold him in our arms,” ​​they added in a statement. The US State Department also welcomed his release.

Fenster, 37, was the first Western journalist to be detained in many years in Burma, where the military seized power in February, overthrowing the de facto civilian government led by Aung San Suu Kyi.

The reporter had been sentenced last Friday to 11 years in detention for inciting dissent, illegal association and violation of the visa law.

On Tuesday he was due to appear in court on charges of terrorism and sedition, which could lead to life imprisonment.

Fenster had been working for Frontier Myanmar since mid-2020 and covered the military coup and the subsequent crackdown on dissent.

At the time of his arrest, at Rangoon International Airport on May 24, Fenster was preparing to catch a plane out of Burma.

“This is wonderful news for everyone, both friends and family,” he told the AFP Andrew Nachemson, colleague at Frontier Myanmar.

“But of course, he should never have had to spend six months in jail (…) and all local journalists who remain in prison should also be released immediately.”he added.

Richardson had arrived in Naipyidó earlier this month, as part of a private “humanitarian mission”, declaring then that the State Department of his country asked him not to raise Fenster’s case during his visit.

Burma plunged into chaos on February 1, with a coup that ended a decade-long democratic hiatus.

The regime continues a bloody repression of its opponents, with a balance of more than 1,200 civilians dead and no less than 7,000 detainees, according to the Association for Assistance to Political Prisoners (AAPP). This local NGO has denounced cases of torture, rape and extrajudicial executions.

The press is muzzled by the board, which limits internet access and has canceled the licenses provided to the media.

More than 100 journalists have been arrested since the coup took place, according to Reporting ASEAN, association for the defense of press freedom, adding that 31 of them are still in detention.

For her part, Aung San Suu Kyi, 76, is currently on trial on various charges that can mean decades in prison.