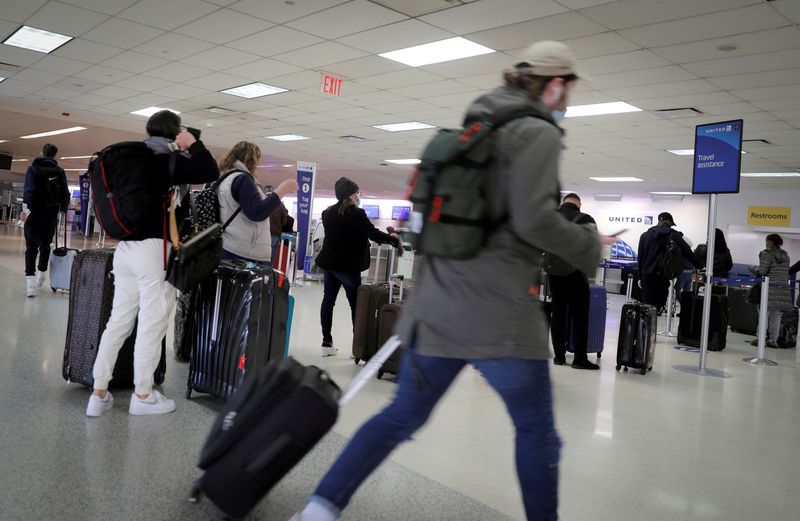 The most important family holiday of the year for the United States, Thanksgiving, It is just around the corner. From this weekend, they are Thousands of Americans are beginning to move across the country to reunite with their families as they were unable to do last year.

The Transportation Security Agency (TSA) announced that Between Friday, November 19 and Monday, 29, in what is considered the Thanksgiving holiday, about 2.5 million travelers a day are expected at airports across the country. These are numbers that have not been seen since 2019, before the COVID 19 pandemic changed everything.

But the situation is not the same as in 2019. There is a mandate for federal workers, such as those who work for the TSA, that requires to be vaccinated. Until last month, the last date on which the agency provided official data, only 60% of TSA employees were fully vaccinated. This can jeopardize the security process at airports because with fewer staff and many travelers, queues can get very long.

Because the recommendation is to arrive at least two hours in advance for domestic flights, and at least three hours on international flights. But a great majority are not going to fly this holiday season, instead they plan to hit the road.

The high price of gasoline it seems not to be discouraging Americans from taking their cars out for long trips. According to the AAA, 53.4 million people will hit the road this Thanksgiving holiday, in an increase of 13% over the figures seen in 2020, and very similar to what happened in 2019.

Beyond the complications that may arise, the United States celebrates the recovery of the industry of the sightseeing. In states like Florida, where tourism is vital, this holiday season is expected to have a higher number of visitors than in pre-pandemic times, since the numbers have been on the rise in recent years.

According to a report from the state tourism agency, VISIT FLORIDA, in the third quarter of 2021 a total of 32,517 million tourists visited the state. This is only 0.3% below the same quarter in 2019.

The improvement over 2020 is remarkable. In the first nine months of 2021, Florida received 91.484 million visitors, against 69.213 million in the same period of 2020. With the arrival of the holiday season, everything should get even better.

Towards the north and center of the country there is a fact that could play a trick on travelers: the weather. A cold air mass with intense winds and a possible snowstorm will cross the entire center and east of the country starting next weekend. Bad weather could hit Minneapolis Sunday night, settle in cities like Chicago by Monday morning, and sweep through East Coast cities like Washington DC and Boston between Monday night and Tuesday morning.