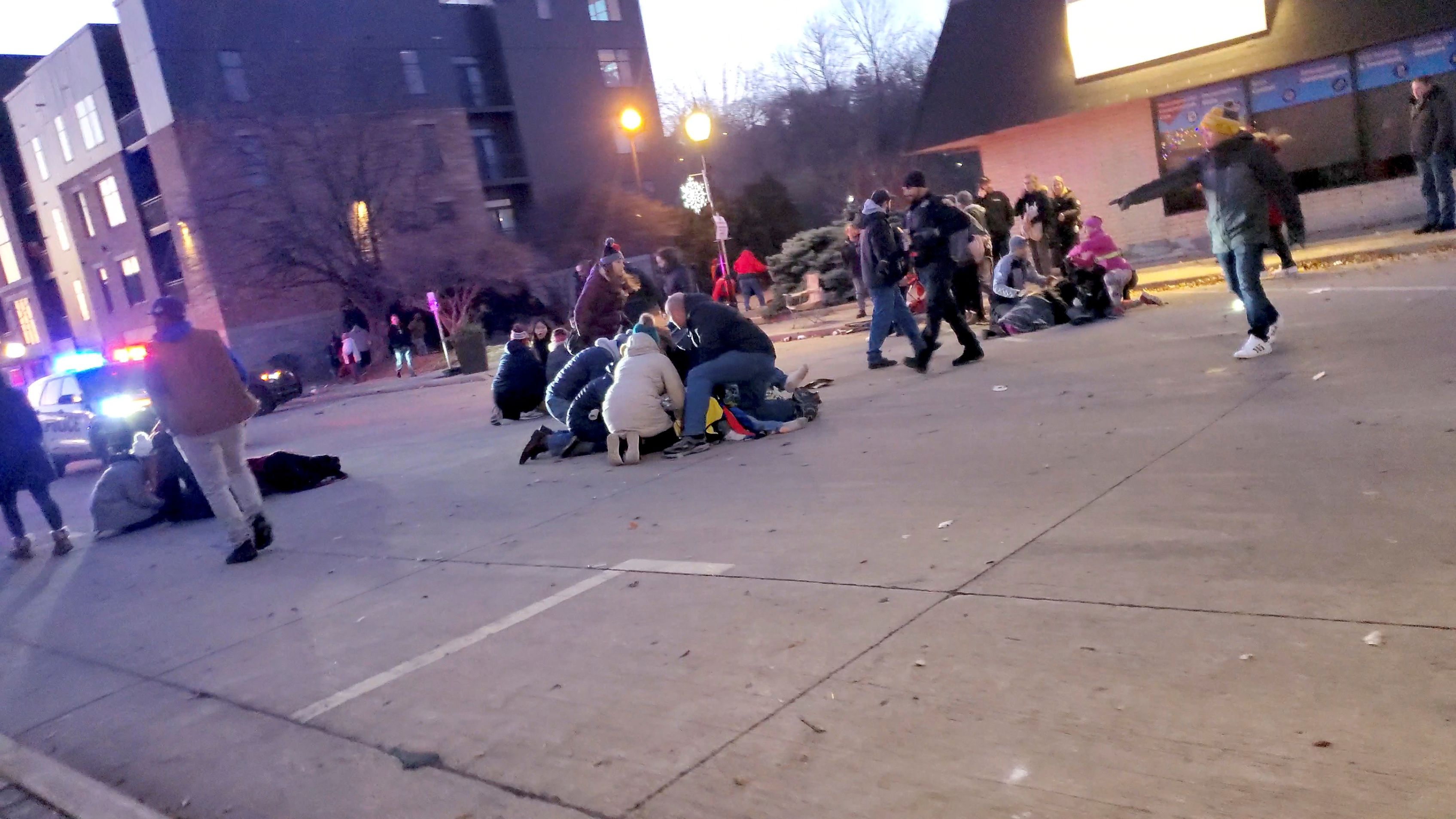 A child injured when a car struck a Wisconsin Christmas parade passed away, which brings to six the number of fatalities of this event that shocks the United States, reported this Tuesday the prosecutor during the appearance of the suspect in court.

Among the deceased there are members of the club “Abuelitas Bailadoras”, as well as a bank employee. Police later identified among the dead four women between 52 and 79 years old and a man 81 years old.

He is accused of having rolled on Sunday with his red SUV to musicians, dancers and children participating in the annual parade in the city of Waukesha.

Brooks appeared before a city court judge who officially informed him of the five charges against him, each of which carries a life sentence. “Unfortunately I would like to inform the court that we have learned of the death of another child in this case.”Opper said, indicating that a sixth count would be announced soon.

The defendant remained crestfallen for most of the court hearing and at times appeared to sob. “There are no words to describe the risks that this defendant represents for the community, not only the risk of flight but the dangerousness of his violent past”, stated Opper, who asked for a $ 5 million bail.

The motive is unknown but the authorities rule out that it is a terrorist. Darrell Brooks Jr has a criminal record. He has been involved in a dozen cases since 2000 in three US states, according to the prosecution.

In 2020, he was charged with endangering other people after shooting his nephew during an argument. Days before the tragedy, he was released on bail after being prosecuted for domestic violence.

Brooks’s car slammed into a crowd participating in a Christmas parade in Wisconsin. The event has killed at least six people and injured more than 40, several of them minors, according to police authorities.

The event occurred in the afternoon in the town of Waukesha, when a car jumped through the police control and rushed towards the people who participated in this parade. An agent fired at the car, unloading his weapon, trying to stop him in vain. None of the shots caused any injuries, he said.

“They looked like dolls thrown through the air”, Narrated Nicole Schneiter, who was at the scene with her children and grandchildren. “It took us a second to understand if that was really what we saw, and then we looked at the street and there were people lying around”.

“Today our community encountered horror and tragedy in what should have been a celebration”, Said the mayor of the town Shawn Reilly, who appreciated the quick response of the emergency services and the help that the state and federal authorities have offered.

Waukesha Police Chief Dan Thompson said at the time that the “suspicious vehicle” was recovered after the attack and that investigators had a person detained.

Thompson added that there is no evidence that Sunday’s incident was a terrorist attack or that the suspect, identified as Darrell Brooks Jr., knew anyone at the parade. Brooks acted alone, according to Thompson.