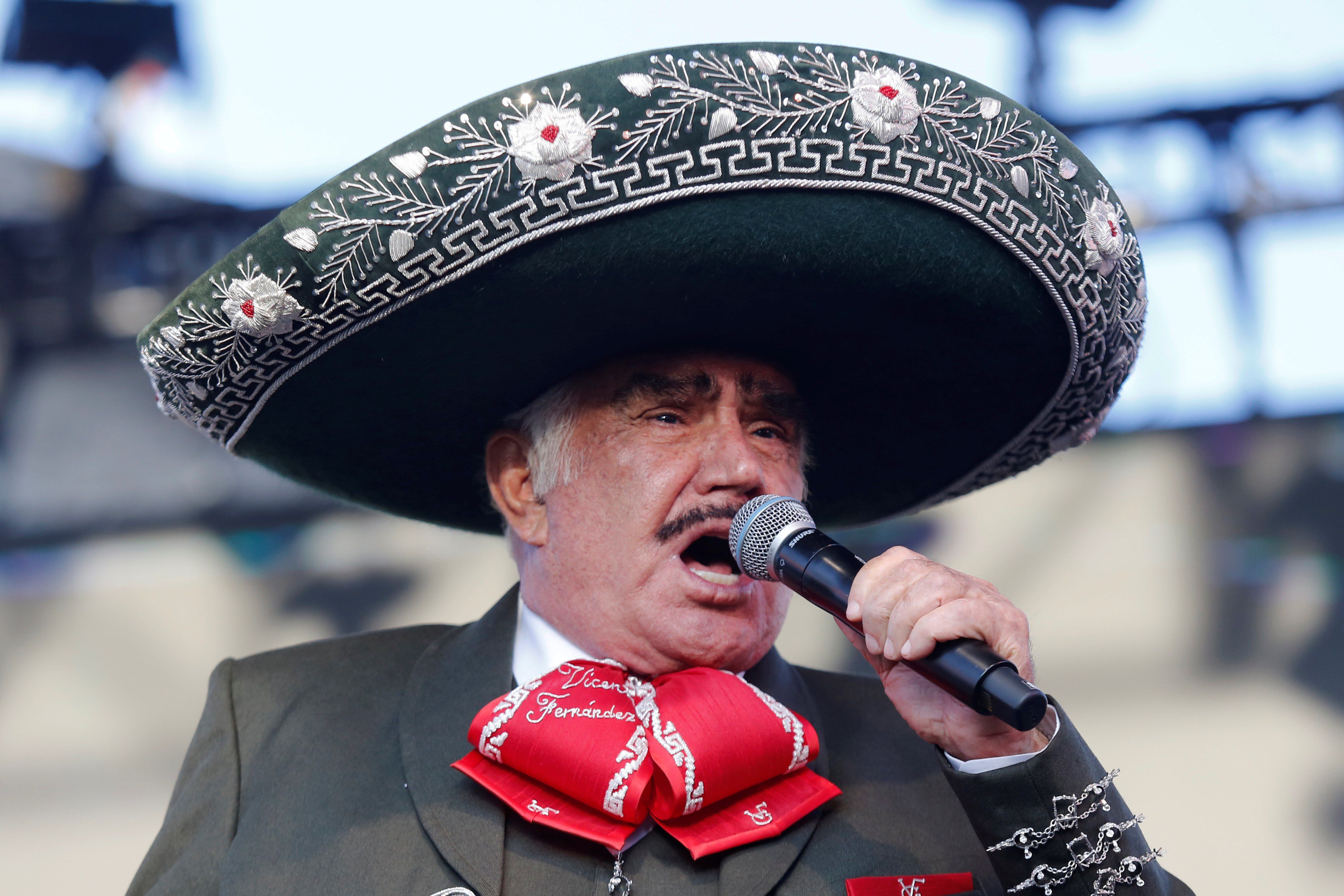 This November 16, the family of the famous singer reported that Vicente Fernandez had the most significant and favorable advance after he was hospitalized for a fall in August this year.

In the statement published on his Instagram account, the loved ones of the Charro de Huentitán they assured that no longer requires mechanical ventilation plus maintains greater interaction while awake.

According to said publication, Vicente Fernández has even begun to make an effort to trying to speak as part of your pulmonary rehabilitation, the singer’s family described his progress as slow but with a tendency towards improvement.

Although he is still hospitalized, Vicente Fernández already stays awake in the day, is conscious and has had various interactions.

“We are proud to inform you that it has been possible to dissociate from mechanical ventilation (remove the respirator completely) in periods of up to one hour and has increased its pulmonary effort to emit vocalization, which is part of the pulmonary rehabilitation process . We continue with a slow but steady progression to improvement. Currently stable, awake during the day, conscious and with greater interaction during the day. “, you can read in the publication of this social network.

In their statement, the family of the interpreter of This jealousy He explained that the singer remains with cardiovascular stability and they took the opportunity to thank the media for “being constantly concerned about the evolution of Mr. Vicente Fernández’s state of health.”

A few hours ago, his granddaughter Camila Fernandez He anticipated part of the great improvement he has presented, as he assured that he has seen the singer with good progress, something that gave him hope in the midst of his slow recovery.

More than three months after being hospitalized at the Country 2000 hospital, in Guadalajara, Jalisco, Chente already presents some improvements after having been left with very little movement in his limbs due to the fall that caused a spinal injury.

During a press conference, the young woman explained that her grandfather communicates with his family by shaking his head to say “yes” or “no”, in addition to various movements in his limbs and his face.

“I already saw it much better, that is, if it goes slow, but it gave me a calm to see it last time, you don’t have an idea, I loved seeing it like that, what Now he can move his little shoulders and his jaw and his eyes, and now he moves his tongue too, and he already moves his head from yes and no, I mean, it was wow !, from heaven to earth, almost almost ”, said the obviously happy singer, captured by The sun rises.

Similarly, Camila clarified that her grandfather He will not leave before December 25 to spend Christmas and other holidays in the company of his familyActually, this will be the first year that she celebrates these days with her husband and little daughter. Cayetana, who was born in March of the present.

“We have tried to visit him as much as we can, really. Well the reality (is that) I’m going to play for the first time with my husband, but obviously I go to the hospital after Christmas, or if not, before and after “the young woman mentioned.

This rumor arose after Juan José Origel revealed that apparently, the patriarch of the Fernández I could leave the hospital before December 25, although this would entail continuing his recovery from home with special care.

According to the singer’s previous health reports, having coming out of intensive therapy helped to improve his mood, as it is more awake and interacting.