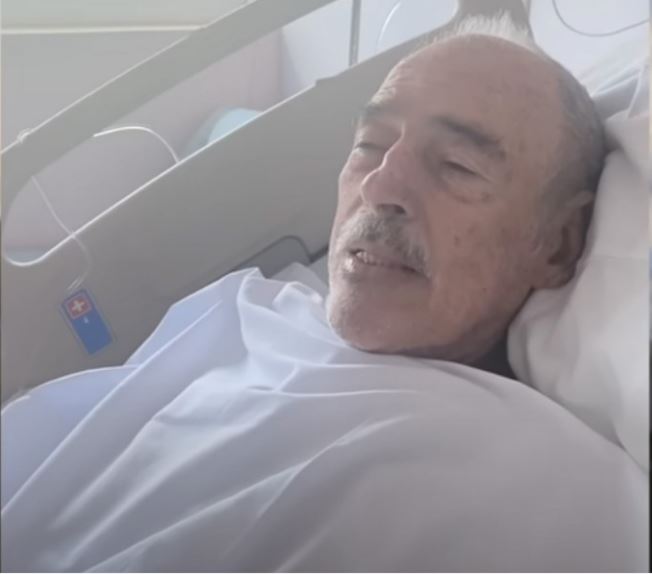 The actor Andrés García, spoke about the health problems he suffersdid it from a hospital bed in the port of Acapulco where he has lived for several years.

The actor has suffered at least three falls and the last one was quite spectacular, as revealed by his wife Margarita who has remained by her side tirelessly.

In a video uploaded to his YoyTube channel, the one who was the heartthrob of the screen detailed from the Santa Lucia Hospital what did they do to him plasma transfusion and provided various care due to liver cirrhosis.

Their wife Margaret He explained that he also suffers from a problem in the spinal cord, an incurable and progressive disease. He assured that he is a difficult patient, because “As a good Spaniard wants to eat meat and other things that you should not eat due to illness”.

Later and already in another recording from his home, he pointed out:

“Perhaps we are living the last days of Andrés García because he feels very sick and very weak. I want to warn the young and not so young about liver cirrhosis, think about it, because it’s not nice, I am already 82 years old and I was diagnosed with the disease,” he revealed.

“I thought they were stories from our parents, I’ve never met anyone with liver cirrhosis. My wife, Margarita puts up with me all the bullshit what do I do, because because As bad as I feel, I don’t have a good mood”.

“I’m not saying they don’t drink because I drank every last tequila… If they are moderate, many problems will be avoided. One dies and if it touches me, I’m going to die”.