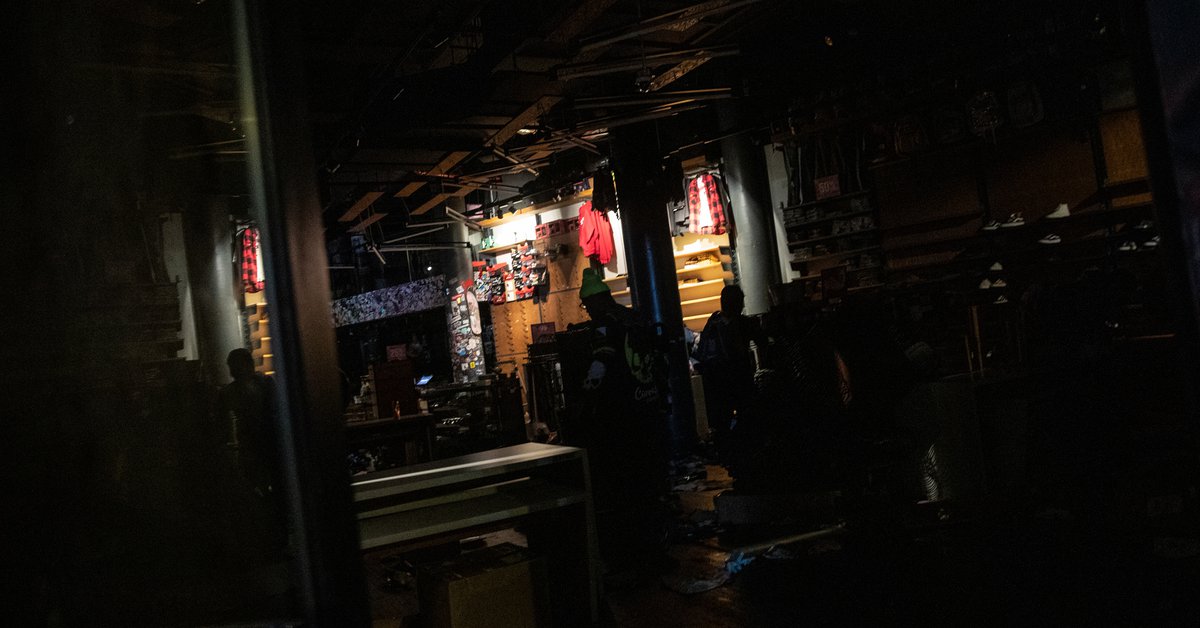 More than 80 people entered to roball together and in loot mode, the department store Nordstrom located in the city of Walnut Creek, in northern California, very close to San Francisco.

The robbery, which was caught on camera by several passersby who passed by, lasted only a couple of minutes. A dozen cars waited outside the store for the thieves to get into the vehicles quickly and escape before the police arrived.

Since there are so many thieves, the great quantity of merchandise that they took is incalculable. Nordstrom headquarters stated that it will take them several days to go through inventory to find out how much was stolen from them, but there is surely talk of hundreds of thousands of dollars in merchandise.

Nordstrom is one of America’s best-known and most stylish department store chains. From clothing, shoes, jewelry, and household items, everything can be found in these stores.

The thieves carried Ski masks covering their faces and they were mostly armed with sticks or crowbars.

“Nordstrom employees began calling 911 as about 80 people entered the store and began stealing the merchandise,” said the Walnut Creek Police Department in a statement released to the press. At least two employees were beaten and a third was attacked with pepper spray.

In addition to reports about the theft itself, police in the quiet town of Walnut Creek also received dozens of calls about vehicles speeding minutes after the robbery. At the moment only three people have been arrested on charges of robbery and possession of weapons. Police are still reviewing the security camera footage in order to identify, or at least attempt to identify, the rest of the thieves.

The Walnut Creek authorities assured that, as is evident, it was a “organized robbery, which was clearly planned by a mafia organization ”. The crime statistics in this northern California city are not good. Shoplifting cases increased 10% in 2021.

But this has not been the only such incident in California. Just 24 hours before the attack on the Nordstrom store, a series of group robberies were reported at luxury brands located in the Union Square area of ​​San Francisco.

Burberry, Bloomingdales, Hermes and Fendi they were mugged in San Francisco. But the image that has been around the world is that of the store Louis Vuitton. With the broken glass, you can see the empty shelves. Thousands of dollars in purses and accessories stolen in just seconds.

In recent months, in Northern California, an enormous number of robberies have been reported in businesses, especially in pharmacies. The very progressive attorney general of that area had decided not to prosecute these people because he considered the crime to be minor. Now, seeing an escalation in robberies, with groups of more than 80 people, there is a lot of pressure on this prosecutor to change his ideas.

Los Angeles: Violence and coronavirus turn off the city of stars