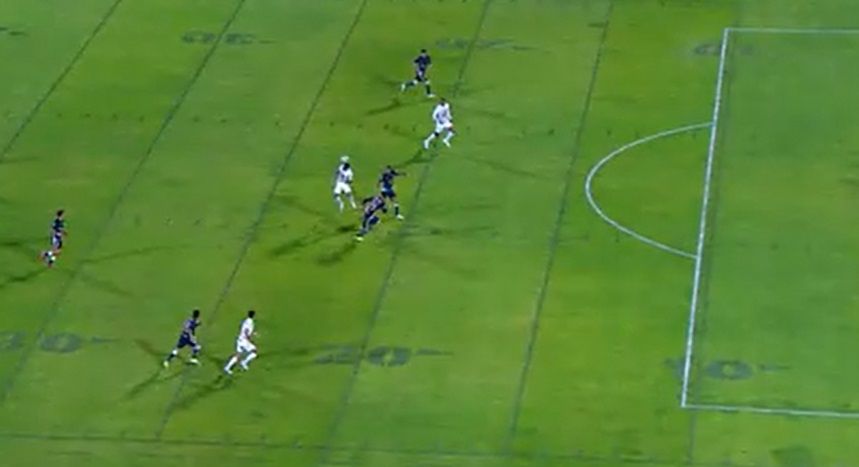 The first 90 minutes of the quarter finals Come in Pumas of the UNAM and the America. Despite the great expectations they had of the game, the university students failed to gain an advantage at home and the azulcrema did not validate their general leadership of the MX League.

With a zero markerBoth teams did not gain any advantage for the second leg next Saturday at the Azteca stadium. However, the players of Andres Lillini had the opportunity to open the scoring at minute 82, because in a counterattack they were presented with the ideal scenario to attack the goal of Guillermo Ochoa.

The play started from three quarters of the court, when Higor Meritão He received a pass from Favio Álvarez, who managed to head the ball to pass it to Meritão. The Brazilian player ran and tapped the ball from his left foot.

Memo Ochoa came out to reduce the play but he could not contain the shot of the university midfielder. The The ball passed to Ochoa and ended up being nailed to the back of the net. When the Ciudad Universitaria team was encouraged to celebrate the scoring, some players realized that there was offside.

The linesman had his flag raised and indicated to the head referee that before the play of the goal, the Pumas element was in a forward positionConsequently, his goal should not count.

The fans began to whistle and demand that the goal be disallowed. The game stopped for a few seconds to confirm the information that José Ibrahim Martínez marked; the whistle did not have to resort to VAR since there was no doubt that the college player was out of the game.

When Favio Álvarez received the ball and headed it, the Brazilian midfielder was a few steps ahead of the American defense. In the repetition of the television coverage, the foul could be seen more clearly, since the field had the yards of the American football game that was played last weekend painted.

Pumas let slip the 1 – 0, which could mean an advantage for the game at Azteca. The scoreboard returned to zero and the minutes continued to pass; despite the attempts of the Felines for hurting the Eagles, They did not succeed and now they will have to fight for their place in the semifinals on their visit to Coapa.

The game of return on the court of Colossus of Santa Úrsula It will be the one who defines who will go to the next stage of the tournament. Throughout the 90 minutes of play, the “blue and gold” players were the ones who proposed the dynamics of the event.

They dominated a large part of the court, but they could not specify the plays and the game became entangled in a flat game, without relevant plays. It seemed that America was comfortable with the result and did not try to approach the goal of Alfredo Talavera; only once did they try to surprise him, but the goalkeeper reacted and cleared the ball.

The constant fouls and different yellow cards for the players of both teams were factors that also cut the dynamism of the event.

In social networks different sports commentators they reproached the quality of the first game of the quarterfinals, because after the performance that Pumas had in the repechage and on the last day of the tournament, it was thought that a similar quality would show, but it did not happen.

And for America, criticism was directed at its tactic, as it presented a defensive strategy and he did not look for more chances on goal. The next return match will be next Saturday, November 27 at 7:00 p.m.

Why Alberto Lati was Eugenio Derbez‘s “concierge” on Televisa

The day America humiliated Pumas in the quarterfinals