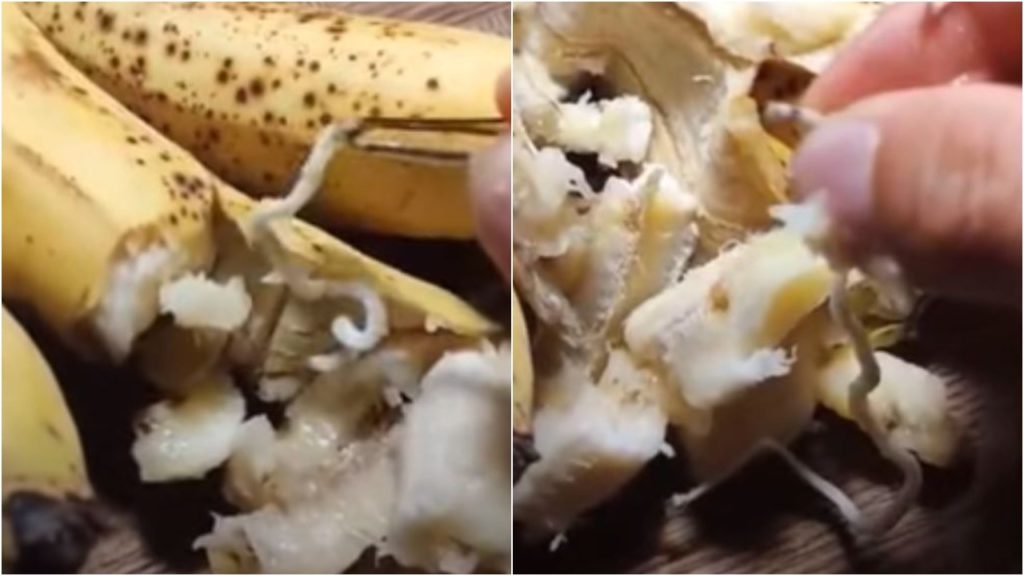 Through WhatsApp and Facebook a video circulates where dozens of poisonous worms are seen in a banana and in the text of the images, it is stated that at least 50 tons of this fruit from Somalia present the same problem, which has caused astonishment among users, but the news was denied.

Due to the impact this event had, the Somali authorities were forced to speak publicly about the issue, due to the fact that they had an economic crisis in this sector. Although it is not specified which worm is the one that supposedly invaded the shipment, many users affirm that they are one of the most poisonous animals on the planet, which aroused panic among users all over the internet.

The WhatsApp chain that went viral on all social networks also points out that the alleged worm causes death within 12 hours after consuming the contaminated banana, which is why they asked not to buy this fruit. “Refrain from buying and eating bananas these days, or if you buy them, make sure to open them from the inside.”

The news reached countries such as Chile, Venezuela, India, Spain and Abu Dhabi, and the authorities also came out to deny the information, asking the population to inform themselves only in official sites.
Several experts affirm that it is normal for worms in fruits, and although nothing was said about how poisonous they can be, they pointed out that it is not something so out of the ordinary, so they asked not to be alarmed.