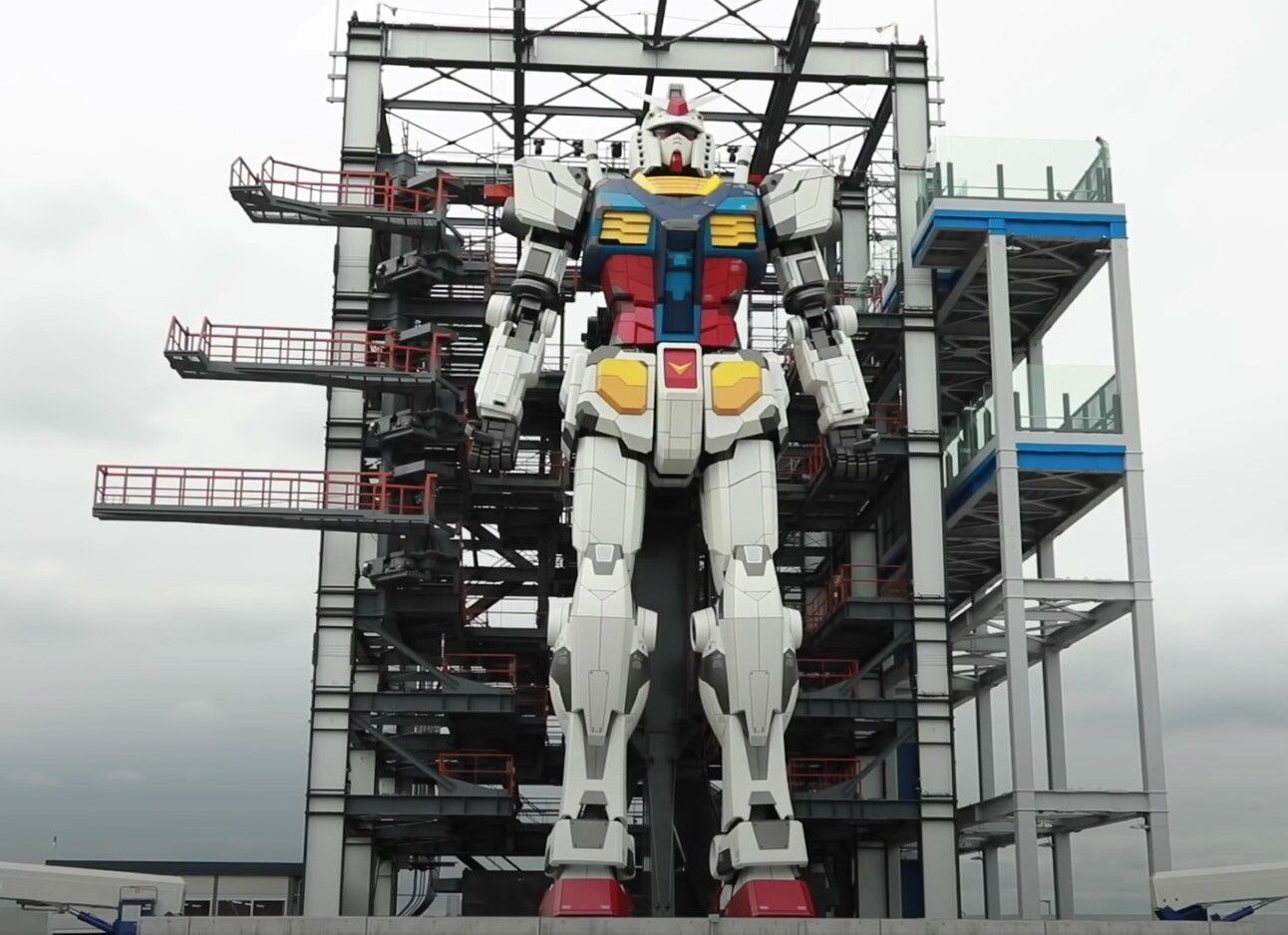 A user posted a video that has gone viral in Twitter over a robot life-size fighter. Thousands of people posted and commented on the content, amazed at the size of the machine.

Gundam is a Japanese science fiction animated series that also features a videogame. This character was created in 1979 and over time became an icon of Japanese culture and that is why they built several life-size models.

Actually, these are not real robots but Mobile Suitsmechanized, humanoid weapons that require a pilot to operate.

Last year, they opened a new monument to anime and pop culture for fans to admire the symbol of Japan. These pieces are of surprising sizes, ranging from 15 to 25 meters.

This is what these huge robots look like in motion

A Twitter user found a video of these famous Gundam characters in robotic form and naturally decided to share it. Mario Mojica Neck is a Twitter user with more than 103 thousand followers who uses his personal account to talk about interesting content, memes and various movies.

As he says in his profile, he is a geek who likes movies, books, and video games. Yesterday he shared a video that went viral because it shows a Japanese “robot” almost 25 meters long.

The clip shows a representation of the ‘RX-93FF v (Nu)Gundam’, a version of the v(Nu) Gundam piloted by Amuro Ray in the 1988 movie “Mobile Suit Gundam: Char’s Countettack”.

In a tweet, the user said: “one of the Gundam actual size in Japan. This one is in Yokohama, but I understand there are others. In fact, there are also life-size models of Evas from Evangelion” Of course, the launch caused shock and surprise among thousands of Twitter users.

Japanese railway company West Japan Rail Company He had two concerns in repairing the tracks: reduce work accidents, mainly due to falls and electrocutions; and the difficulty in finding qualified workers.

His solution has been to build a railway robot. But this is Japan, so what he has made is a spectacular 15-meter humanoid robot that is also reminiscent of the classic Gundam anime robots.

This unnamed robot is mounted on a vehicle that moves on the train tracks. His legs are an extensible arm that can reach a height greater than the 15 meters. From the waist up he is a humanoid robot who uses an eye-mounted camera that transmits to the lenses, where he sees everything on a giant screen.

The operator controls the arms of the robot remotely, and sees through its eyes. With this system it is as if he were inside the robot several meters above the ground, but in reality he is sitting comfortably and safely in the cabin of the vehicle.

The robot can pick up objects of all kinds with its robotic grippers to place them on the electrical columns of the tracks. Different tools can also be attached to repair electrical cables, replace them, and other tasks.

According to the railway company, this robot saves 30% in jobs, and accidents are reduced to zero.

This robot caresses a cat, makes poses and can even play the piano

CyberOne, the humanoid robot that recognizes emotions, words and sounds of people