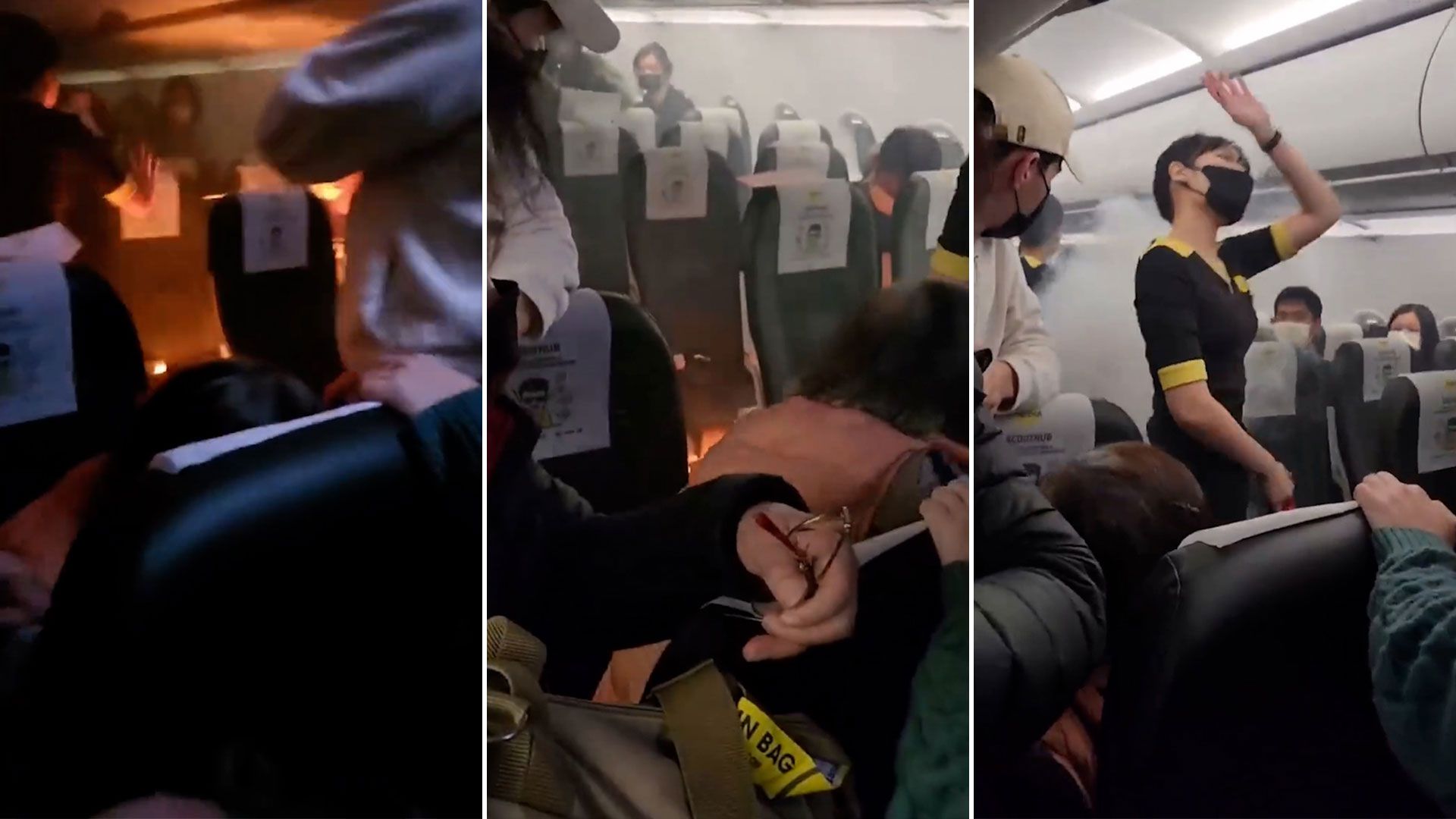 Two people were injured aboard a plane this Tuesday for a fire caused by a Portable Charger of a passenger who suddenly exploded before takeoff, forcing the evacuation of other travelers at the airport in taiwan.

The airline flight TR993 scottbound for SingaporeHe was scheduled to leave at 7:35 p.m. Minutes before, the battery explosion occurred, which is allowed in the cabin.

The situation took the rest by surprise, since the plane was on the runway and the cabin lights had gone out.

The images recorded by those present show how the flames burned and a thick white smoke.

“Medical assistance has been provided to the owner of the battery and his companion, who have suffered minor burns on fingers. We are rescheduling the flight and will provide affected passengers with accommodation and meals,” the airline told The Straits Times.

A passenger identified as Tan, who was sitting in the back of the plane, told the portal Mothership the chaos experienced in those moments of tension. At first, he said, the crew did not seem to know where the fire extinguisher was, but later praised the work of Fareesa Elda, who put out the flames. “This is the good stewardess. She calm and she reacted quickly ”.

He also stated that some passengers, like his own mother, suffered panic episodes.

According to Scoot, the plane returned to the departure gate after the work of the firefighters and health personnel.

On the flight was Taiwanese politician Wang Hao-yu, who wrote on Facebook that the passengers were safe and the smoke situation was under control.

Tan also claimed that he spoke to the owner of the device that exploded. As they told him, they had used it for many years and do not know what may have caused that reaction.

After the medical examination and the endorsement of the pilots, when calm returned, the passengers decided to continue with the flight, since the fire had not caused significant damage.

Scoot sincerely apologizes for the incident. The safety of our clients and crew is our top priority. The incident is being investigated,” the company said.

A 9-year-old girl was playing on the beach and found an ancestral relic: “A unique find”

The unusual battle for an abandoned village in Germany

The pilot who was involved in a fatal accident on the Dakar shared the video of the event: “We did not see it”